While the Xbox is not officially launched, Microsoft is presenting some very interesting details, which certainly spur the enthusiasm and interest of consumers.

Now the Redmond company has unveiled its memory card expandable up to 1TB for its new video game consoles. The problem is only in the price, as the device will cost about 250 euros.

This week Microsoft unveiled its new memory card designed to expand Xbox's capacity up to 1TB. The device will thus increase the space available on the console without compromising its performance.

This is the solution for consumers who have already purchased or intend to buy the new Xbox Series X and Xbox Series S and want to increase their storage capacity. 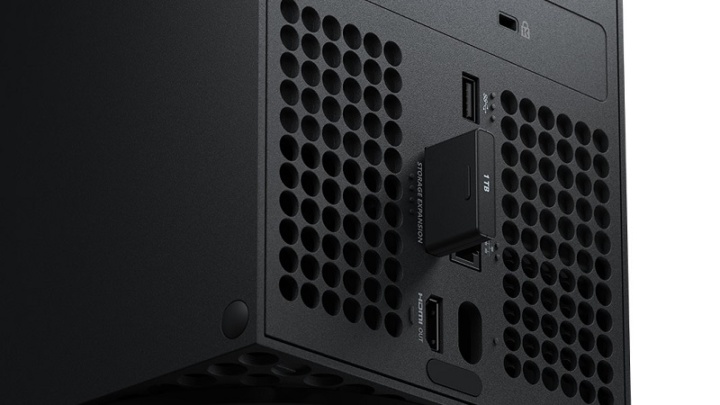 Microsoft then unveiled its Storage Expansion Card, a Seagate product, which provides an additional 1TB of external memory and guarantees the same exceptional performance as the console's internal SSD.

With 1 TB of additional storage, the player will have plenty of room to expand their game library. Just call and start playing. In addition, you can also remove the device from the Xbox and take your games anywhere. 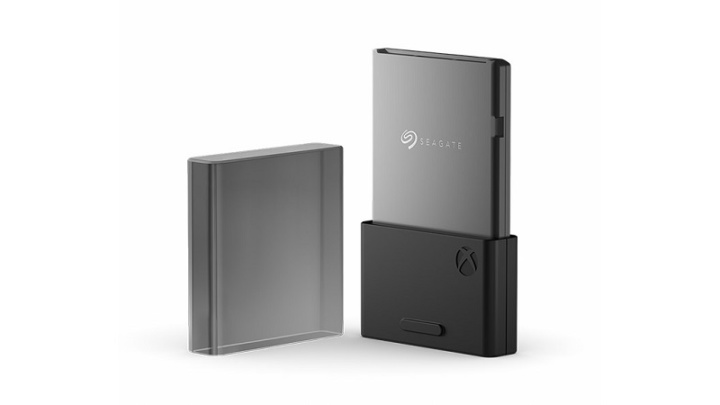 In this way, the player can achieve an improved gaming experience. And enjoy the same performance as Xbox Velocity Architecture with games optimized for Xbox Series X and Xbox Series S.

The problem is in the price… 250 euros

The card is very elegant, and will certainly be very useful for players who like several different games. But there is only one small, less attractive aspect, which is the price.

According to what has already been disclosed by Microsoft, this 1TB memory card will cost 249.99 euros, and there is an indication that the price may vary. 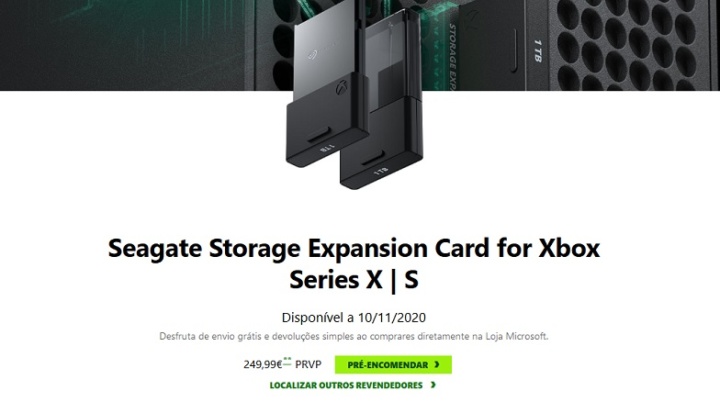 The reason for this value is that the device was built to offer the same performance as the internal SSDs of the new consoles. That is, it guarantees the same transfer rates of 2.4 GB / s.

This card will be available from November 10, 2020, but you can pre-order it here.

Take part in our weekly question:

Tropico 6 will take over the Nintendo Switch in November

Natural gas customers on the free market increase 2.4% in September

The Ascent sees its launch postponed to 2021

Sprites are seen for the first time on the planet; understand

Procon wants Apple to explain sale of iPhone 12 without charger

Late own goal ensured a long-awaited upswing for Molde

Discover 5 Sustagen Adult + vitamins and minerals that contribute to...

The Mechanism That Can Make Dogs Detect Viruses Up to 5...

Performances: Palmeiras have a bad team game and lose classic at...