The historic Chang’e 3 mission, which led China to become the third country to land on the Moon, still has some instruments working and sending data to Earth, even though it has been on the surface of the natural satellite for almost 7 years.

Launched on December 2, 2013, the mission, consisting of an exploration rover and a student landing module, landed in the Mare Imbrium region 2 weeks after leaving Earth. The project’s objective was to pave the way for future missions in the country, including a manned trip, scheduled to take place by the end of this decade.

With so much time in a hostile environment, many believed that all equipment had already stopped working. In the case of the Yutu rover, a term that means “Jade rabbit”, it was already known about its break. In January 2014, he lost the ability to move due to mechanical problems.

Chang’e 3 arrived on the moon in 2013.Source: Wikimedia Commons

But an update released by the Chinese Lunar Exploration Program in early September brought good news: according to those responsible for the project, the landing module is still operating more than 2,400 days after reaching the moon.

Powered by solar energy, the Chang’e 3 landing module operates during the lunar day. At night, when the temperature drops a lot, a radioisotope heating unit protects you from possible failures due to the cold.

With guaranteed energy, some scientific instruments, such as the lunar ultraviolet telescope, are able to function. According to researcher Jing Wang, from the Beijing National Astronomical Observatory, who manages the equipment, he monitors variable stars and sends photos, such as the image of the Pinwheel Galaxy (see below) recorded directly from the Moon.

In addition, it emits X and S band radio signals, picked up by ground stations in China. Independent radio operators also pick up signals from the spacecraft frequently, according to the Space.com, confirming the probe’s activity.

Designed to work for 3 months, the little robot also continued to function and send data 31 months after landing, even while it was stopped.

The data he was able to collect while traveling on the lunar surface brought important scientific results. Analyzing the information sent by the rover, researchers at the University of Geosciences of China discovered evidence of relatively young layers of basalt in the Chang’e 3 landing area. 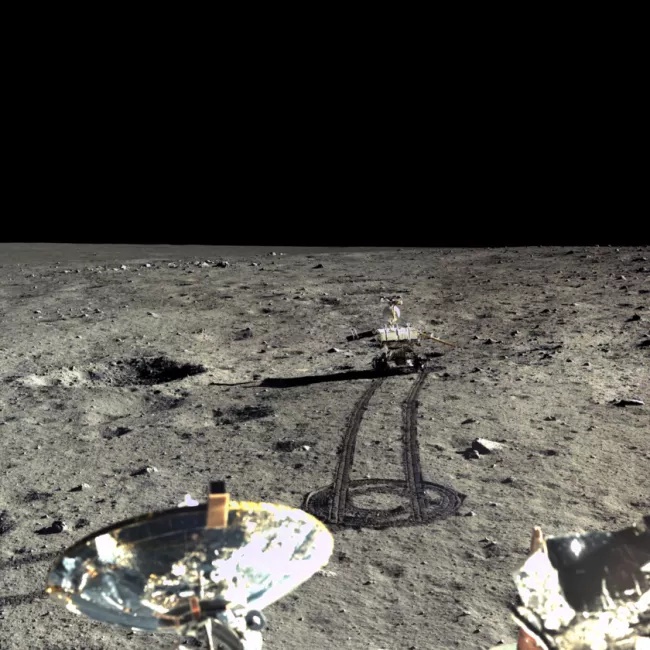 The little rover broke as it moved across the moon.Source: Space.com/Reprodução

The novelty was described in a study published in August this year, which also included the participation of other educational institutions. The research was based on Yutu’s ground penetration radar data.

Working on the far side of the Moon, the Chang’e 4 mission arrived there in January 2019. Like the previous one, it has a module and a rover, called Yutu 2, which continue to operate normally.

The next step is the launch of the Chang’e 5 mission, still in 2020, which will collect lunar samples and bring them to Earth.

Ruined King arrives in early 2021 for PC and consoles

Meet the games coming to PlayStation Now in November

Samsung reveals the great news of One UI 3.0

This Halloween, we’ll have a rare Blue Moon – but it’s not what you think

Asteroid Apophis is deviating towards Earth

Towards the top: Samsung becomes the second largest brand of tablets in the world