People with a mask stroll down the main shopping street in Bordeaux, France – AFP

Nine months after its emergence in China, the covid-19 pandemic is approaching, this Sunday (27), the symbolic number of one million deaths in the world, among several outbreaks of cases in several European countries but also in New York or Yangon , although it seems to stabilize in Australia.

In total, the coronavirus left 998,463 dead and infected more than 32.9 million people, according to an AFP report on Sunday.

New York State, which was the epicenter of the covid-19 in the United States, recorded for the first time since June 5, more than 1,000 cases in one day.

However, the situation is much better than in the spring (Northern Hemisphere), in the worst moments of the health crisis.

In Asia, Myanmar’s economic capital and most important city, Yangon, faces an outbreak of infections, which raises doctors’ fears about thousands of new cases in the coming days.

Despite these new outbreaks, in Australia the situation appears to be stabilizing. In Melbourne, the second largest city, the current night curfew will be suspended on Monday. On Sunday, only 16 new cases and two deaths were reported across the state, while the number of active cases dropped to below 400 for the first time since June 30.

In Europe, restrictions multiply to contain new outbreaks. The Madrid region in Spain is rushing to extend the restrictions in place to the new areas. As of Monday, 167,000 additional inhabitants – thus surpassing one million people – will be able to leave their neighborhoods just to work, go to the doctor or take their children to school.

In the UK, almost half of Wales will be in local confinement: starting at 6 pm local time on Sunday, entry or departure into the cities of Cardiff and Swansea will be prohibited, except for professional or student reasons.

In France, a group of doctors called for the implementation of drastic measures “starting this weekend”, to avoid “a second wave more difficult to manage for hospitals and intensive care units (ICU) than the first”.

In Brussels, bars and cafeterias will have to close their doors at 11 pm local time starting tomorrow. And in Italy, the ‘tifosi’ are very frustrated because, for now, the stadiums on the peninsula cannot receive more than a thousand fans per game.

These rigid measures provoke outrage and protests around the world, as in London, where on Saturday ten people were arrested and four police officers were injured in a demonstration that brought together thousands of opponents of the restrictions.

The World Health Organization (WHO) now fears that the pandemic will cause two million deaths if the world does not move firmly, and increases calls for an equal distribution of future vaccines.

The vaccine race has begun and each country wants to ensure that its population can afford sufficient doses. The United States, Europe and Japan have already reserved more than half of the doses that would be available once approved.

India, the world’s largest vaccine maker, promised on Saturday through its prime minister, Narendra Modi, to use its resources to fight the pandemic “to help all of humanity”.

+ After being hospitalized, a woman discovers her mother’s betrayal with her husband: ‘Now they are married’

+ By court decision, Ciro Gomes has pledged property in a lawsuit with Collor

+ What is worse for your body: sugar or salt?

+ The 10 most economical diesel pickups in Brazil

Covid-19: The second wave is the ghost of Christmas 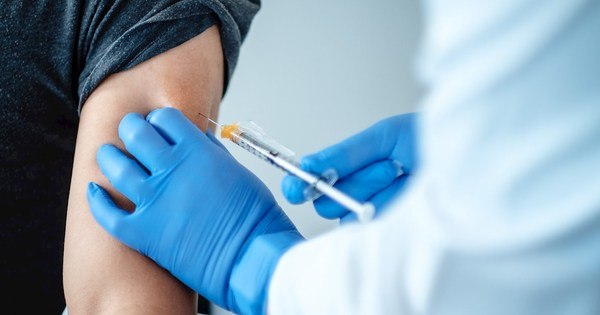 Lincoln player woman suspected of Covid-19, goes to the doctor and discovers pregnancy in the 3rd month: ‘Scare’

Inpatient with covid, Maguito Vilela undergoes tracheostomy and is ‘stable’

How they work, how much they cost and what differentiates the three main vaccines against Covid-19. Know everything – World

CO2 concentration grows to record levels even with COVID-19

Know how to protect your dog from contagion by coronavirus

Russian vaccine is 95% effective against the new coronavirus

Venezuela does not expect US and Europe to recognize legislative elections

Lakers vs. Heat LIVE! Follow ALL of the NBA Finals...

‘I ended the Car Wash’: Bolsonaro’s measures that have already weakened...