Few are those who use Facebook and do not remember FarmVille. This was a game that took the biggest social network on the Internet by storm 11 years ago and that took many hours to take care of these virtual farms.

Although it no longer has the strength and visibility it had, it is still the preference of many to entertain themselves on Facebook. Zynga, the creator of FarmVille has now announced its end. It will be at the end of 2020 and it is a decision that will not be reversed.

The announced end of FarmVille has arrived

It was at the end of last week that Zynga, the creator of FarmVille, announced something that many expected. After 11 years of serving Facebook players, FarmVille will no longer be available and can no longer be played.

This decision was announced as a result of another change that will soon happen and that will also have a big impact on users. We talked about the end of flash in browsers and what it can bring to the many services that depended on it.

The end of FarmVille will happen on the last day of this year, with an immediate application. Facebook will also abandon support for this technology, so many other games and apps that are within this network will stop working.

Zynga has also warned that there will be some changes to FarmVille earlier than the end of the year. As of November 17, purchases within this game will no longer be made. In addition, all payment systems stop working that day. 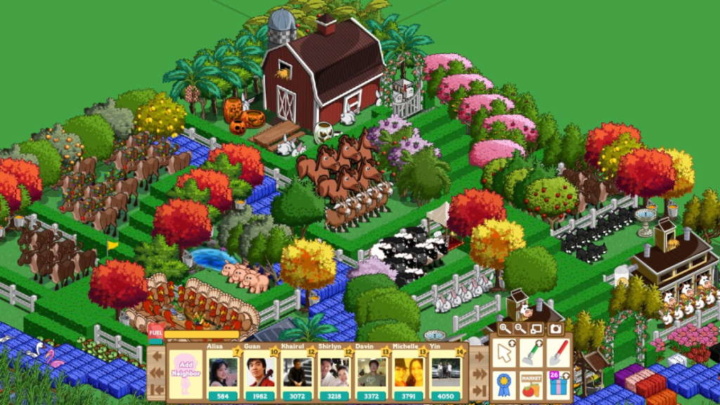 Guilt is the end of the flash and its technology

With the end of the flash, this will be a movement that will be seen with increasing frequency. Adobe has already given a date for the end of its support and, therefore, all browsers will abandon this technology in the immediate future. It is the end of an era, where many have applied themselves to virtual farming and where FarmVille was the king of Facebook.

Like a thrilling Dragon trailer shows the Dragon Kart minigame

Learn how to follow the meteor shower this morning – News

Huawei’s end is a bomb in the smartphone market!

Slovakia wants to run rapid tests on the entire population in...

find out how much Trump’s drugs against Covid-19 cost

Video shows moment when candidate for councilor is murdered; watch...