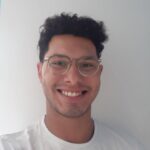 The CEO of Tesla and SpaceX, the South African Elon Musk, said, in an interview with the newspaper “New York Times”, that he and his family will not get a vaccine against the new coronavirus (Covid-19) when the immunizer is available.

The billionaire discussed his vision in an episode of “Sway”, the new podcast conducted by journalist Kara Swisher of the American newspaper. During the conversation, the interviewer asked Elon Musk if he or his family would be vaccinated against the new coronavirus, when available. In response, the businessman declared that he would not take it, since “he is not at risk of contracting covid, nor my children.”

The journalist also questioned the executive about his response to the lockdown measures imposed earlier this year to contain the spread of the virus. Musk replied that he was opposed to such efforts and that they did not “serve the greater good”.

“This is a hot problem where rationality is in the background. In the grand scheme of things, what we have is something with a very low mortality rate and high contagion. Essentially, the right thing to do would be not to have carried out the lockdown in the whole country, but to put, I consider, who is at risk in quarantine until the storm passes ”, said the businessman.

Elon Musk has openly professed his views on the pandemic since the beginning, calling it “idiot” and “panic”. The executive was also an advocate of hydroxychloroquine as a treatment for the disease, a drug without scientific evidence that it is effective, and questioned data on deaths from coronavirus.

The executive also had problems maintaining his factories from Tesla in California in operation, during one of the most costly moments of the epidemic in the United States. In April, the billionaire vehemently rejected the state’s social isolation orders and called the blockades “forced prison” and “fascist”.

Elon Musk even prosecuted employees at the assembly plant in Alameda County, California, for refusing to return to regular activities. And when local authorities banned resumption of operations, the businessman ignored orders and said he was ready to be arrested.

Musk still continued to work, in the midst of the roadblocks, with his company SpaceX, which reached an important milestone when it sent astronauts from the American space agency (NASA) to the International Space Station (ISS) with the Crew Dragon rocket.

When asked by the interviewer if her employees thought they felt at risk when they returned to work, Elon Musk replied: “great, stay home. If they have a legitimate reason for being at risk, they should stay home. ‘

Emergency Aid will be paid THIS Sunday; SEE the calendar until October 31

CVM to analyze complaint about fluctuations in MMX and OSX, by Eike Batista | economy

FGTS and PIS / Pasep offer 4 types of payments to workers

PIX will allow withdrawals in markets and stores in early 2021

Check out the list of stores at Alto da XV Mall, in Curitiba

Ibope SP: Russomanno has 26%; Boulos and France are tied

Romana Novais appears in a swimsuit and jokes about not having...

Unemployment insurance should have EXTENSION of installments until today; Understand!

Change tax cards – Is it smart with a high tax...

Trump invites to an election rally outside the White House

Covid-19: with the risk of contagion, can we use air conditioning...