This Sunday, the Fantastic will bring more information about the Gugu Liberato case. The presenter died on November 21, 2019, after suffering an accident and hitting his head at his home in Orlando, Florida. The death caused a national commotion. After that, a real legal battle began to be fought inside and outside the family: the dispute over the billionaire inheritance.

The reporter Ana Carolina Raimundi says that in the last few days, the defense of Rose Miriam, mother of Gugu’s three children, presented a new document to the Court: a statement made by Gugu in 2016 to the American government, to get the Green Card for her and the children. In this statement, the presenter said that Rose Miriam was his companion for many years. Would this prove the relationship that existed between the two?

Remember all the program coverage on the subject:

Doctor who examined Gugu explains: ‘It was an extremely serious situation’ 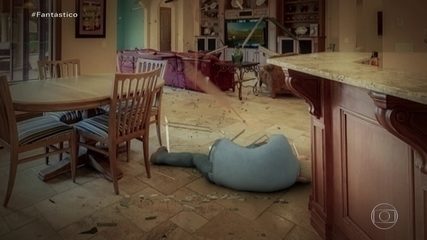 Doctor who examined Gugu explains: ‘It was an extremely serious situation’

Brazilian neurosurgeon Guilherme Lipsky was called by the family to accompany Gugu to the hospital after the accident. He explained that with the fall, the presenter fractured the right temporal bone, which caused a traumatic meningeal hemorrhage. The bleeding has spread around the brain. After two days, brain death was confirmed.

THE Fantastic went into a house next to the host to try to explain the accident. It is possible to have an idea of ​​how high he fell. From the ground floor to the air conditioning vents are 3 meters and 60 centimeters. Click here to understand.

The presenter expressed this desire in life and his family responded. Because of distance and legislation, the organs were donated in the United States. Gugu’s body was buried in São Paulo. 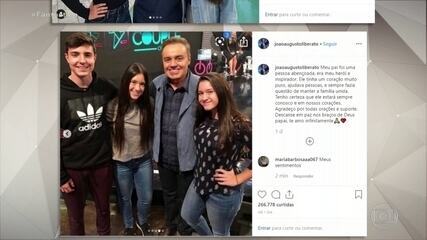 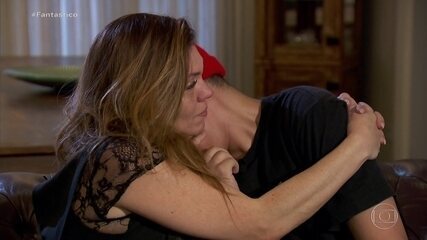 THE Fantastic talked to the last people who were with Gugu Liberato before he left for the United States. They are employees and friends who lived with him on a daily basis, knew the intimacy of the presenter and tell details that few people knew.

Listen to Fantástico’s podcast about the case:

Gugu’s mother about her son’s relationship with Rose Miriam: ‘They never had anything with each other’ 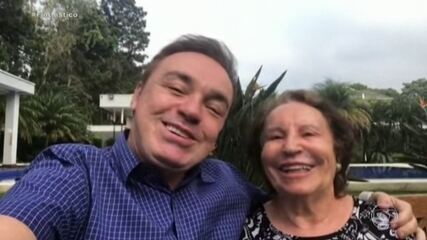 Gugu’s mother about her son’s relationship with Rose Miriam: ‘They never had anything with each other’

In response to Dona Maria do Céu’s interview with Fantastic, widow Rose Miriam released a letter in which she says that she and Gugu wanted to build a family and were included in each other’s lives. He says that they were very happy during all these years, mainly in the last years that they lived in the United States.

“We were very happy during these 20 years”, says Rose Miriam 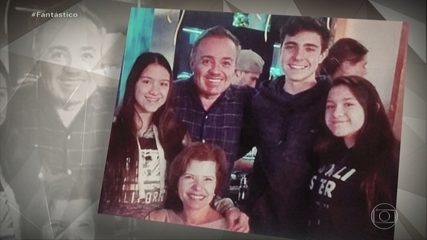 “We were very happy during those 20 years,” says Rose, Gugu’s widow

Gugu Liberato’s widow sent a video to Fantastic giving the testimony. Rose Miriam Di Matteo collected photos and even messages written by Gugu and sent them to the lawyer. All the material was attached to the process of recognizing a stable union between Gugu and Rose. The children spoke for the first time about the case in a note.

‘It was a relationship based on a lot of love’, reveals Gugu’s supposed companion 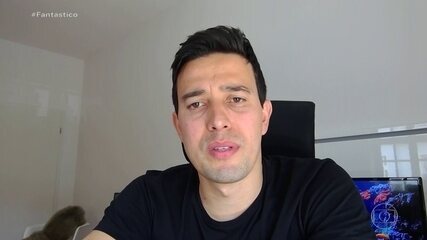 ‘It was a relationship based on a lot of love’, reveals Gugu’s supposed companion

Thiago Salvático entered the dispute for the presenter’s inheritance. The kitchen chef who lives in Germany spoke exclusively to the Fantastic and stated that he, yes, was Gugu’s true companion.

Greece and Turkey hit by earthquakes

These are the biggest differences – VG

See everything that happened after the 7th elimination of reality

“Tell my children that I love them”. Nice’s last victim words

THE BALL – Work, leisure and togetherness on the island of...

Ibovespa closes in fall and goes to the lowest level since...

Check out how Jakelyne’s victory in the Farmer’s Test went –...

Biel talks to the cameras and fans ask for expulsion from...

Juliano says he and Biel are not Luiza’s friends