OSLO DISTRICT COURT (VG) The prosecution believes that these surveillance images show Laila Bertheussen signing as with a printer.

On 29 January 2019, around 13.55, the surveillance camera outside Laila Bertheussen and Tor Mikkel Wara’s home on Røa in Oslo captures the following situation:

Bertheussen, who on several occasions carries out objects that she puts in the car’s luggage compartment before she drives off. Among other things, various folded cardboard boxes and other waste are carried out. Over her shoulder hangs a red bag containing something that may look like a black box.

The prosecution believes that this situation is Bertheussen who gets rid of a printer of the type HP Envy 5020, which they believe she has used to design the threatening letters that were sent to herself and her cohabitant and the couple Tybring-Gjedde.

Notified about Bertheussen: – I got the feeling that something was not right

Laila Bertheussen has explained in court that she was probably on her way to Smestad recycling plant, where she often went to throw things away. Exactly what it was she threw that day she does not remember, but she denies that it was a printer.

– Can be the printer

The police have examined the surveillance images and compared them with the specific type of printer and the packaging the printer comes in, respectively.

Tor Mikkel Wara about the arrest of the cohabitant: – Came as a shock

– I can not say with certainty that this is the HP Envy printer. But from what I can see, I would say that there is a greater probability that it is an HP printer than that it is not, said specialist letter researcher Erik Sandøy in the Oslo police district when he explained himself in court on Wednesday.

Sandøy has carried out the investigations of video material.

State Attorney Marit Formo has said in court that the prosecution will state that what is in Bertheussen’s bag is the printer in question.

During the search, the police seized two printers from Bertheussen. The technical investigations preclude that these have been used in the design of the threatening letters. PST believes that it is probably a printer of the type HP Envy 5020 that has been used.

Laila Bertheussen on threatening letter: – I was shaking

Bertheussen has in previous interrogations denied that any new printers were bought in January this year, but opened in court this week that it could still have happened, but that it did not work as it should.

However, she denied that she had thrown the printer away, but she does not remember where it went. She said she may have put it in a closet, or sent it for reuse.

Five days before the incident, various printer-related web searches were made on Bertheussen’s tablet. Among other things, they searched for “cheap printer” and the online store of Clas Ohlson.

In court, a receipt for the purchase of a printer of the type in question from Clas Ohlson at Sandvika Storsenter on 24 January at 20.42 has been presented. This is paid in cash.

Bertheussen said in court that she had no memory of her having bought this printer. Her card, on the other hand, is registered with a purchase on Meny at the same center twelve minutes after the printer is sold.

– Were you at Sandvika shopping center that evening? Attorney General Marit Formo wondered in court.

– I have seen from the documentation in the case that I was.

Bertheussen denies criminal guilt and believes she is a victim in the case.

Age and weight are added risks for Trump. Melania is...

Senator killed by covid-19 questioned virus and was critical of social...

Corinthians ‘turned’ defeat at home only once in the Copa do... 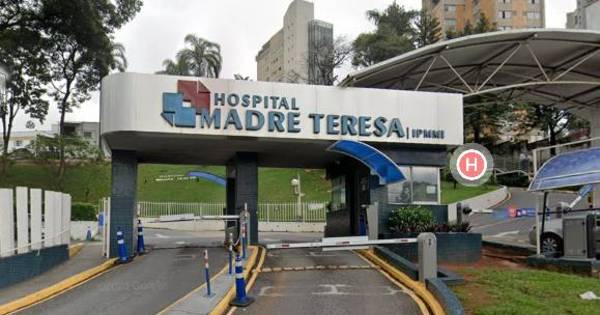 Devotees take advantage of October 12 to pay promises and thank...

China suspended meat from Brazilian refrigerator on suspicion of coronavirus –...