After a long wait, the “world’s first portable computer with a folding screen” will finally hit the market. Its design is revolutionary, and the base version of the equipment will cost € 2819 in Portugal.

The great distinguishing feature of this Lenovo ThinkPad X1 Fold is its 13.3-inch foldable OLED screen. This makes it possible to fold it like any other notebook, but here you can have only and only a screen inside. This makes folding a much smaller device than a casual notebook.

The X1 Fold also offers the Fold Mini Keyboard, a keyboard that can be charged wirelessly when attached to the device. Focused on productivity, it will also have the possibility of being used with the Mod Pen.

This equipment has an Intel Lakefield processor with Hybrid Technology, and will arrive with Windows 10 Pro. Inside, you can count on 8GB of LDDDR4X RAM and up to 1TB of SSD. 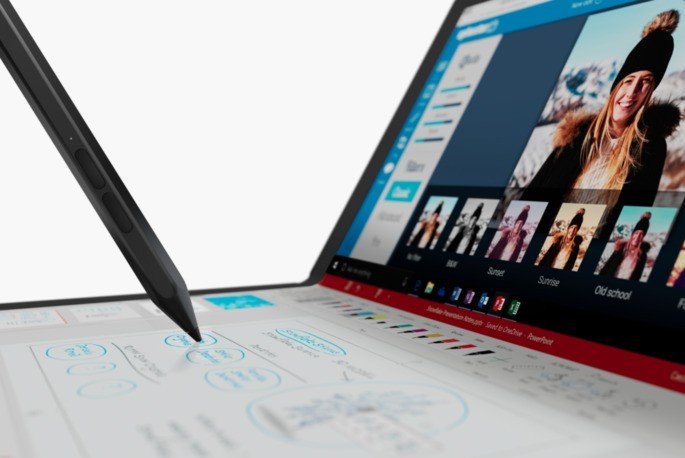 The autonomy announced by the brand is 11 hours. And the equipment promises to support 65W fast charging. It will have a SIM card slot and two USB-C ports (one first and one second generation. It also has Wi-Fi 6 and support for 5G.

The equipment went on pre-order in selected countries, and you can already order it on the official Lenovo website in Portugal. The advertised price for the United States was 2499 dollars, but in Portugal it starts at 2819 euros. Those interested in purchasing this pre-sale, should have the equipment in hand in five or six weeks, depending on the brand.

PS5 UI seems to confirm the 664GB of free space

Don’t you remember the name of a song? Whistle and Google says | Internet

NASA chooses Nokia for the first mobile network on the Moon

discovery the smallest unit of time in history

Space debris are bombs that can explode around the Earth

Rooster made a new proposal for Cavani offering R $ 90...

Londrina Newsletter notifies a death and 185 new cases of coronavirus

Weather, Danger Warning | Danger warning of a lot of...