A tank with 50 thousand liters of wine burst in Spain. The images are impressive

In a few seconds, the entire contents of the deposit were spread over the Bodega Vitivinos yard. 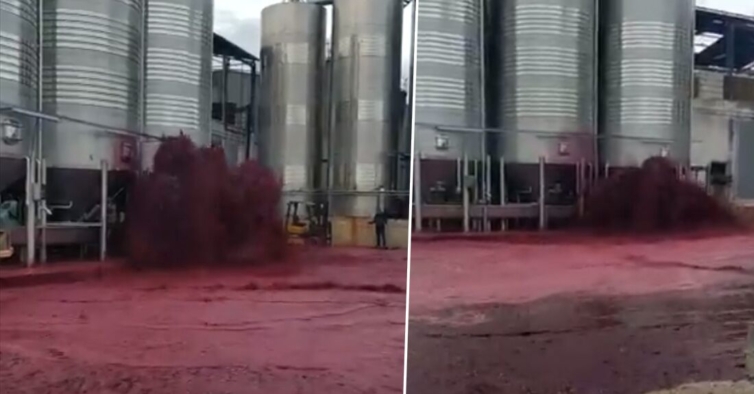 It took 49 seconds to not have a drop left.

A tank with 50 thousand liters of wine burst in Spain. All the content that was in the warehouse cannot be used by Bodega Vitivinos, a company dedicated to the drink that is in the area of ​​Villamalea. A part of this reservoir gave way, which meant that, in a few seconds, the entire interior was poured into the Spanish company’s yard.

Radio Albacete got a video of what happened and said that it only took 49 seconds for the thousands of liters to stay on the floor and could not be used by the brand at all. There were more deposits in the area, but this was the only one that gave way. It was not clear what really happened.

With this waste, the brand is no longer able to fill around 60 thousand bottles. Still, it is not a huge loss since Bodega Vitivinos launches more than five million bottles to the market each year.

Portuguese GP generates controversy for lack of distance and masks

Coronavirus – Demonstrates: – No more deadly than the flu

Attracted nurses with 150,000 kroner – only got two applicants – NRK Vestland

The pandemic has revealed problems in elderly care

Lee Kun-hee, president of Samsung, died. He was 78 years old

Northern Lights – Halloween party with minors stopped by the police:

The killer’s many women

Sony does not believe in the success of the Xbox Series...

Bitcoin could fall sharply until Friday

Sissens are fined for delayed reporting of short position

Djokovic scares, but defeats Tsitsipas and faces Nadal for the double...