Another farm of “A Fazenda 2020” (RecordTV) is created. The training took place today and put Biel, Juliano Ceglia, Rodrigo Moraes and Raissa Barbosa in the spotlight. Rodrigão was appointed by farmer Carol Narizinho. Raissa was the most voted of the house, with 6 votes. Following the regulation of the reality, the person most voted for the house must pull a pawn from the stall for the hot seat and the model chose Biel. Cartolouco was left in the “remains one” dynamic, where the pedestrians save another participant and what remains last, goes to the field.

But Cartolouco’s nervousness was short-lived. After the ‘one remains’ dynamics, Mion revealed to the pawns the power of the green flame, which was with Lipe and which indicated that he should exchange some tree, except the one indicated by the farmer, for another pawn. Lipe exchanged Cartolouco for Juliano Ceglia.

Understand how the formation of the third garden was

The vote started with Marcos Mion asking Lipe Ribeiro, winner of the fire test, to read the two powers of the lamp, the red flame and the green flame, and choose which one he would like to stay with.

Lipe chose to keep the power of the green flame and gave the red one to Lucas Maciel. The power of the red flame is voted by the public and this week indicated that the person with this power, in addition to choosing two pawns not to vote, could also double the vote of other people during the composition of the hot seat. With the red power given by Lucas, the presenter chose that he and Lipe would be the people who would not vote and that Luiza Ambiel and Cartolouco would vote twice.

Continuing, Mion asks the indication of the farmer of the week, Carol Narizinho. The model voted for Rodrigo Moraes. MC Mirella opened the house poll and nominated Tays Reis. Then it was Cartolouco’s turn. As he had been chosen by Lucas to vote twice, his vote was valid for two and was in Raissa Barbosa. The third person to vote was Stéfani Bays, who chose Tays.

Juliano Ceglia was next and voted for Raissa. “She exposed me on national television,” explained the journalist. Mariano voted for Luiza Ambiel and explained that she chose her because she did not like dividing groups between men and women and that she was encouraging this. “You are completely wrong and you should stop looking good,” said the actress.

Then it was Biel’s turn to vote for Raissa. “That person was disrespectful to me, threw a glass of water in my face,” said Biel voted for Raissa. Raissa voted for Tays: “To defend myself”. Then it was Jojo Todynho’s turn to vote and she went to Cartolouco. “Inside here it’s very easy to make fun of me, but outside I want to see my disposition. He has a pure heart but is allowing it to be a maneuver. My vote would be for Biel, but he fled to the country. You are a slacker,” shot the singer for Biel.

Then Mateus Carrieri voted for Lidi Lisboa and justified: “He is a person I like a lot, but he complains a lot”. Then it was Tays’ turn. The singer started by saying that she found the reason used by Sté and Mirella to vote for her “futile and voted for Raissa:” I’m going to give her vote back to me “.

Victória Villarim was next and voted for Lidi Lisboa. Then it was Lidi’s turn to vote for Jojo Todynho. Continuing the vote, Luiza voted for Tays. Like Cartolouco, his vote was also worth two. “To protect Raissa,” explained Luiza.

Then Rodrigo voted for Mateus Carrieri. Jakelyne was the last to vote and ended up voting for Raissa, explaining that she had to do this to protect Tays, her close friend inside the house. With 6 votes, Raissa went to the field.

See who voted for whom: 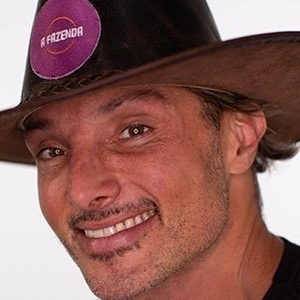 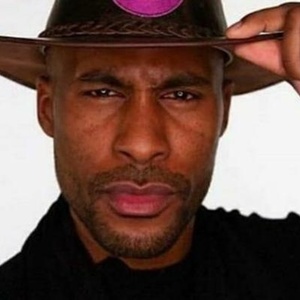 MC Cabelinho is summoned to testify: ‘I sing what I live in the favela’

‘Supernatural 5’ is CONFIRMED; Patrick Wilson will direct and star!

‘The Voice Brasil’: fifth night of Auditions has cries by Carlinhos Brown and IZA blocked | 2020

Ray Fisher accuses Joss Whedon of being racist during production

‘They could postpone’, complains Mariano about farmer test and elimination – 10/29/2020

Emotional, Jojo cries at the possibility of Lipe leaving

Hospitalizations fall, but deaths and cases by Covid-19 grow in SP

Creates the base, Carlos Augusto explains the club’s departure and thanks:...

Why won’t ‘Back to the Future’ win more sequels or a...

Brazil can take advantage of the delay in the 5G auction,...

Herman Flesvig thanks his girlfriend for the TV success – VG