On the last Monday (26) the digital influencer Andressa Suita announced in Instagram stories that she would be resuming her work little by little. On the 9th of this month, the singer’s press office Gusttavo Lima announced the end of their marriage.

Since that announcement, there has been plenty of gossip and speculation about the end of the singer’s five-year marriage Gusttavo Lima and the digital influencer Andressa Suita, and it was even pointed out that the sertanejo would have been involved, still married, with Mallu Ohanna, ex of the player Dudu do Palmeiras.

You may like: Zé Neto, from the duo Zé Neto and Cristiano, is incredulous with comparing fans

In this case, the confusion was further increased because Mallu claimed to have stayed with the singer on an occasion that to digital influencer Virginia Fonseca and singer Zé Felipe, Leonardo’s son, would be with them, and that, therefore, the couple would also know of the betrayal. This claim generated a series of exchange of barbs between Mallu, Virginia, Zé Felipe and even Poliana Rocha, Leonardo’s wife, spoke about the confusion.

Another strong rumor that circulated on social networks and other portals that reported the lives of celebrities is that the singer and his ex-wife would have traveled to Angra dos Reis to try to reconcile, which ended up being denied and the two seem to remain separate.

Don’t miss this: Felipe Neto says Jair Bolsonaro is the dumbest president of the 21st century

Gusttavo Lima and Andressa Suita started dating in 2012, married in civil in 2015 and in religious in 2016, until recently, when they separated and because of that, today it must not be an easy day for the singer: Andressa appeared very beautiful on Instagram, showing that he lost a lot. We put the stories she posted right down here for you to check, look:

Also read: Luan Santana makes an important alert on social networks and internet users are surprised by the response 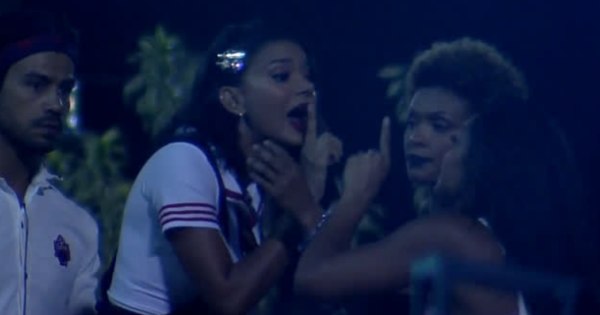 High School party is marked by a fight between Jakelyne, Tays and Biel – Photos

Documentary ‘Catarse’, about the conquest of Flamengo in Libertadores, is elected the best short of Cinefoot | Flamengo

Caravan falls to the Tagus in Lisbon. Conductor jumps in...

More than six thousand cases of covid-19 on the third worst...

He planned the woman’s escape from prison in a helicopter, but...

Do you know which is the most expensive component of the...