The iPhone 12 Mini caught the attention of Apple fans for bringing a modern look combined with a smaller screen. In addition, it costs less than the other models in the iPhone 12 line: US $ 729 in the unlocked version, which gives about R $ 4,075. The Mini arrives with 5G internet and A14 Bionic processor, which promises to be up to 50% more powerful than rival chips.

On the other hand, Apple now no longer supplies the headphones and plug adapter in the cell phone case. In the following lines, learn all about the iPhone 12 Mini.

Five facts about the iPhone 12

The main highlight of the iPhone 12 Mini is the 5.4 inch screen, being the smallest display of the generation. Another novelty is the square structure and the flatter sides that refer to the design of the iPhone 5. The glass of the smartphone also features the Ceramic Shield technology (ceramic shield, in Portuguese), which promises to offer the best resistance ever seen on a smartphone.

The iPhone 12 Mini also features a large notch to house the front camera and has borders around the screen. The OLED panel has a Super Retina XDR resolution of 2340 x 1080 pixels at 476 ppi. The iPhone 12 also has a light weight of 135 grams.

iPhone 12 Mini is the version with the smallest screen of the generation – Photo: Disclosure / Apple

Another measure to reinforce the protection of the iPhone 12 Mini’s structure is the IP68 certification. The protection that offers water and dust resistance promises that the cell phone can be immersed in up to six meters for 30 minutes. The colors available for the Mini model are black, green, red, white and blue.

One of the differences between the iPhone 12 generation phones is the number of lenses. While the iPhone 12 and 12 Mini versions have a dual camera, the iPhone 12 Pro and iPhone 12 Pro Max models have the option of three sensors in the photographic set. In the simplest version, the cameras follow the following layout:

In addition to the resolution, it is possible to find resources to improve the quality of the captured image, such as night mode for places in low light. The iPhone 12 also features the Smart HDR 3 tool, in addition to the digital zoom up to five times. In the 12 MP front camera there are also tools to optimize the shooting experience, such as portrait mode and automatic image stabilization. The TrueDepth technology present in the camera for selfies guarantees the function of Face ID in the phone, Apple’s facial recognition used to unlock the device.

The iPhone 12 Mini features the new A14 Bionic processor, developed by Apple. This chip is defended by the manufacturer as the first five-nanometer chip in the cell phone industry. The current processor has 40% more transistors that accelerate performance while increasing efficiency to optimize battery life.

The architecture of the A14 Bionc tends to deliver good performance, as Apple promises that it can be up to 50% faster than rival models. The Neural Engine increased the cores from eight to 16. In addition, Apple says that dedicated machine learning on the CPU was 70% faster.

The storage has three options, being 64, 128 and 256 GB. Memory card is not supported. As usual, Apple does not disclose official information about the RAM memory present in the smartphone, but specialized websites report that the iPhone 12 and iPhone 12 Mini have 4 GB of RAM.

Although there is no official information on the exact battery capacity in mAh, Apple says the phone is capable of playing up to 15 hours of video, 50 hours of audio and 10 hours of streaming. In comparison to the other models, the iPhone 12 Mini may have a reduced autonomy, since the iPhone 12 offers two more hours for videos and 16 extra hours for audio playback.

Another important issue with the battery is the absence of the plug adapter in the device box. The only item that comes with the phone is the Lightning to USB-C cable. However, the iPhone 12 Mini does support wireless charging.

This wireless charging mode brought MagSafe technology as a novelty, which gathers magnets on the back of the phone in order to allow attaching chargers and accessories by magnetism.

The iPhone 12 Mini features iOS 14. Announced in June, the update features highlights such as widgets and a translation application. Another novelty is the Apps Library that allows you to organize applications by folders. 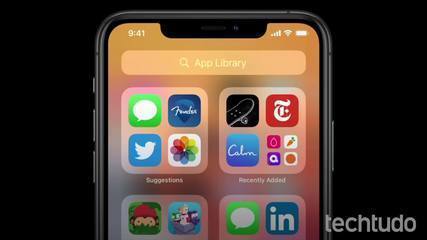 There is no information about the arrival date or possible prices of the iPhone 12 Mini and other versions in Brazil.

The UN turns 75 and asks: what world do you want to live in? | Contest

– Now we just have to stop this nonsense – NRK Sport – Sports news, results and broadcast schedule

– An error count has occurred

Like Enola Holmes: 4 real-life women overshadowed by their most famous...

Impala Television Trophies 2020 – Meet the big winners of this...

– The e-service wanted my wife on assignment in Russia –...

MPF opens investigation against Silvio Santos after question of sex to...