SÃO PAULO – The negative evaluations of the Jair Bolsonaro government continue to fall for the fifth consecutive month and reached, in October, the lowest mark in 17 months. This is what the new round of the XP / Ipespe survey shows, which took place between the 8th and 11th of October.

According to the survey, now 31% of respondents rated the current management as bad or very bad. The number is the same recorded in May 2019 and represents an accumulated drop of 19 percentage points since May this year, a period of the worst voter perception of the Bolsonaro government.

At the other end, 39% rate management as excellent or good – the same percentage recorded in the September survey. The result is just 1 percentage point below Bolsonaro’s best mark since taking office. As a result, the difference between positive and negative assessments reached 8 percentage points, the highest in 18 months.

1,000 telephone interviews were conducted nationwide, conducted by operators on October 8, 9, 10 and 11. The margin of error is 3.2 percentage points up or down.

The improvement in Bolsonaro’s index coincides with the effects caused by the emergency aid. According to Caixa Econômica Federal, 67.7 million Brazilians benefited from the program, which today consists of monthly transfers of R $ 300 – half of the amount distributed in the first five months and which is expected to end in December. In all, 42% of voters surveyed say that someone in their household has already received the benefit.

Stratified data show that, among voters with a monthly family income of up to two minimum wages, the government’s positive assessment jumped from 22% in April to a current 39%. In the Northeast, a stronghold in which opposition to Bolsonaro is stronger politically, the group of voters who classify the government as excellent or good went from 15% to 35% in the period – the biggest mark of the current administration.

The survey also shows that 68% of Brazilians would support a new extension of emergency assistance if the Citizen Income – a new program that the federal government is trying to create to replace Bolsa Família – does not start operating from next year. Among those who say they do not receive the benefit, 65% would defend the measure. Find out more by clicking here. 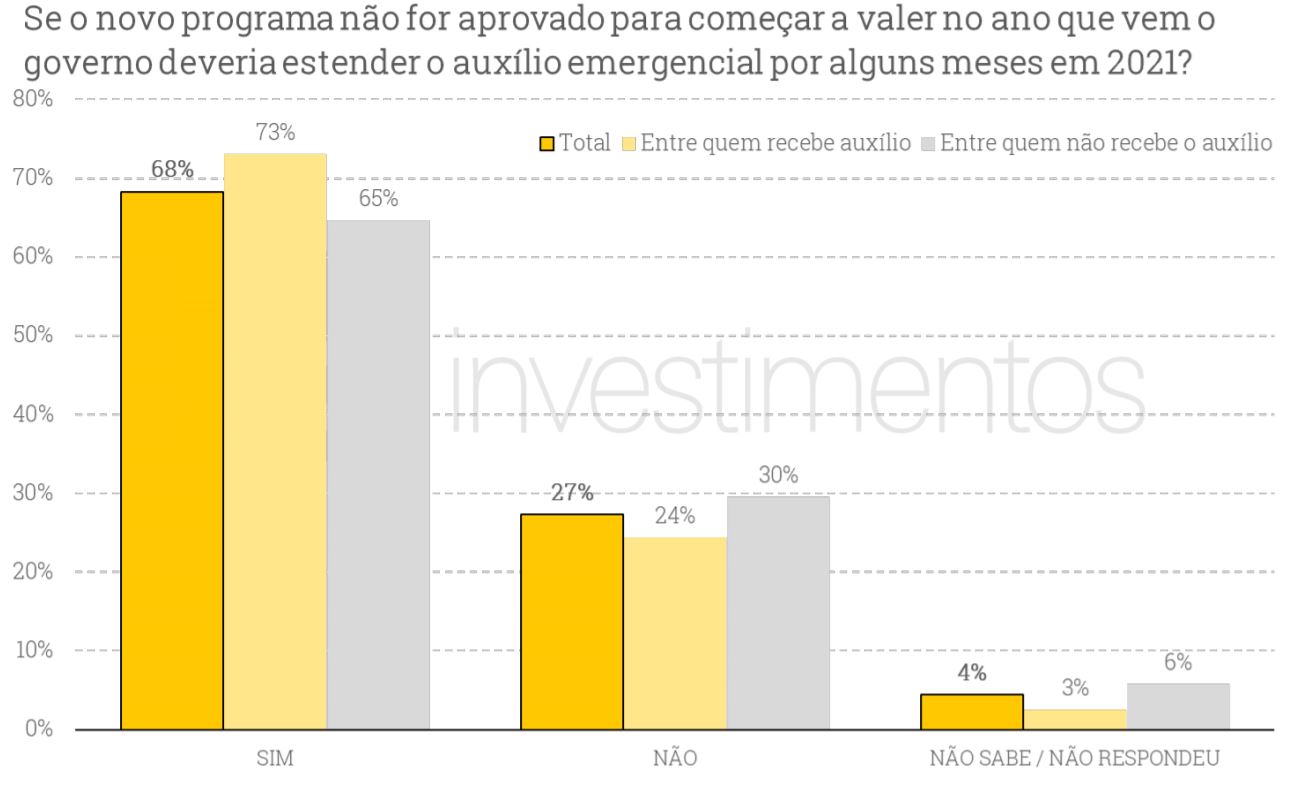 The movements in the Bolsonaro government’s assessment also coincide with a reduction in voter concern about the new coronavirus pandemic and an improvement in the perception of the president’s role in managing the crisis, although with more negative figures for the president.

According to the survey, 34% of voters say they are not afraid of Covid-19. The number is the highest since February (49%). Another 37% say they are a little afraid of the disease, while 28% say they are very afraid – also the lowest level in eight months. For 64%, the worst of the crisis is over, while 30% believe that the worst is yet to come. 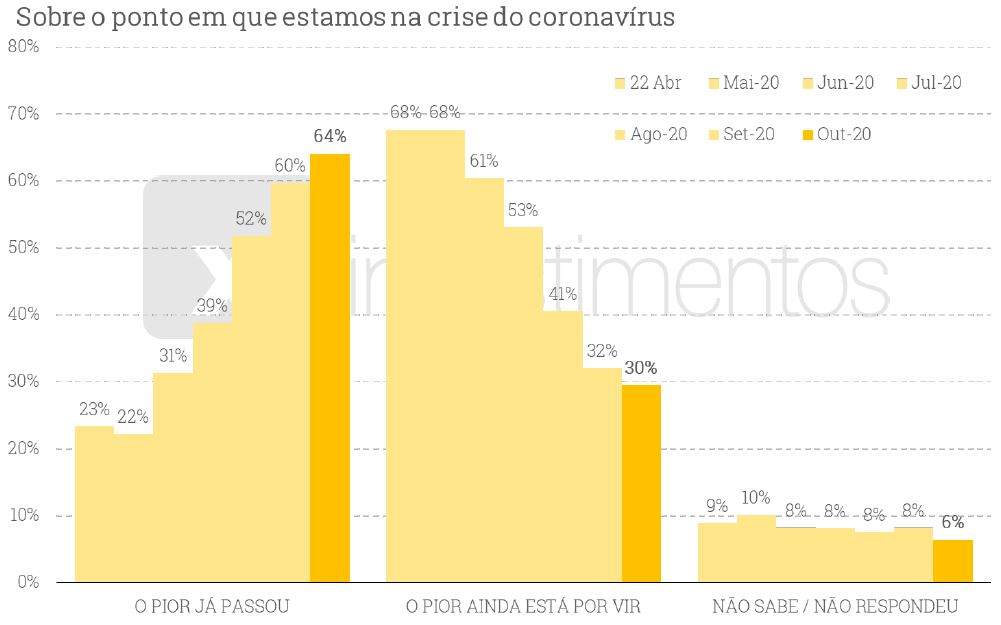 From May to the present, the group of interviewees who consider the president’s performance to be good in facing the crisis caused by Covid-19 rose from 20% to 30%. Even so, the majority (47%) classified management in this field as bad or very bad. 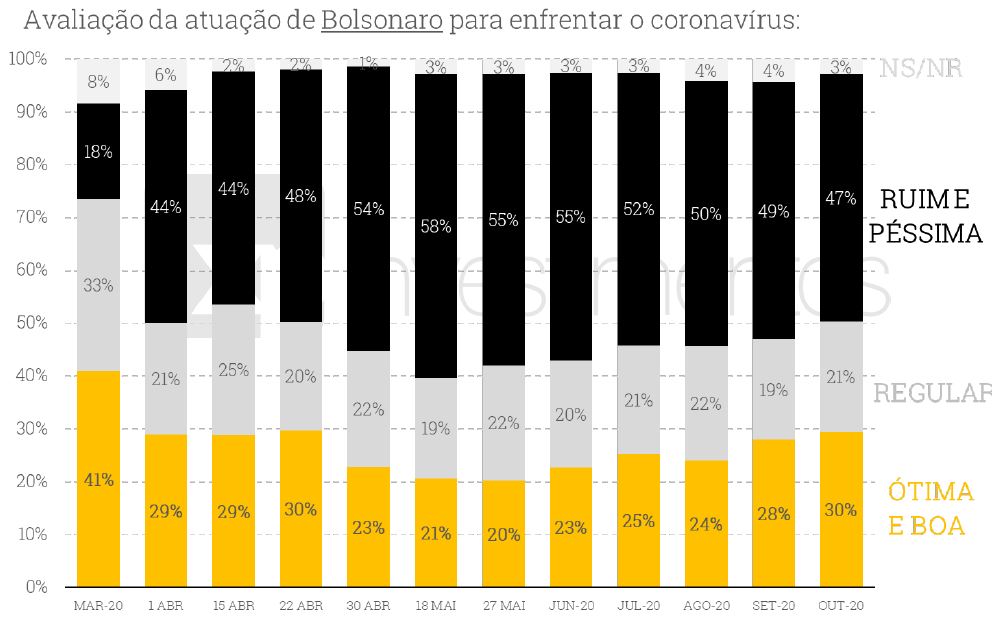 The improvement in Bolsonaro’s popularity, however, is not accompanied by such significant changes in the perception of the progress of the Brazilian economy and in the electorate’s expectations regarding corruption.

The survey shows that 40% believe that, in the next six months, corruption will have increased, while 23% expect a decrease. The last time the second group overcame the first was in December last year, when ex-judge Sérgio Moro was still minister of justice and public security.

In April, when Moro left office accusing Bolsonaro of trying to politically interfere with the Federal Police, the difference reached 27 percentage points for those who expect an increase in this type of crime. 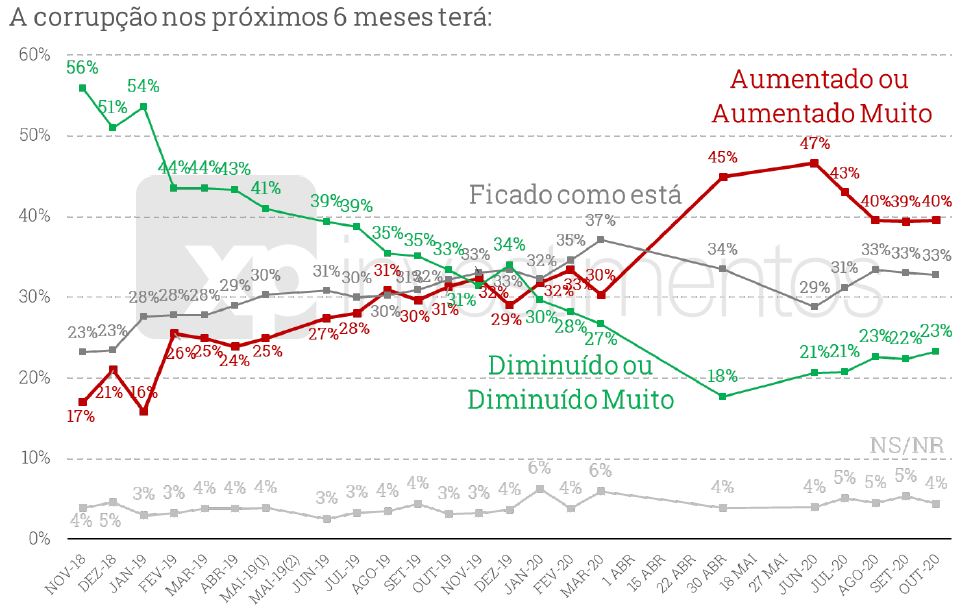 The survey also shows that 47% believe that the Brazilian economy is on the wrong track, while 39% see it in the right direction. The difference reached 29 percentage points in May on the side of the pessimists, while at the beginning of the year the support surpassed criticism. 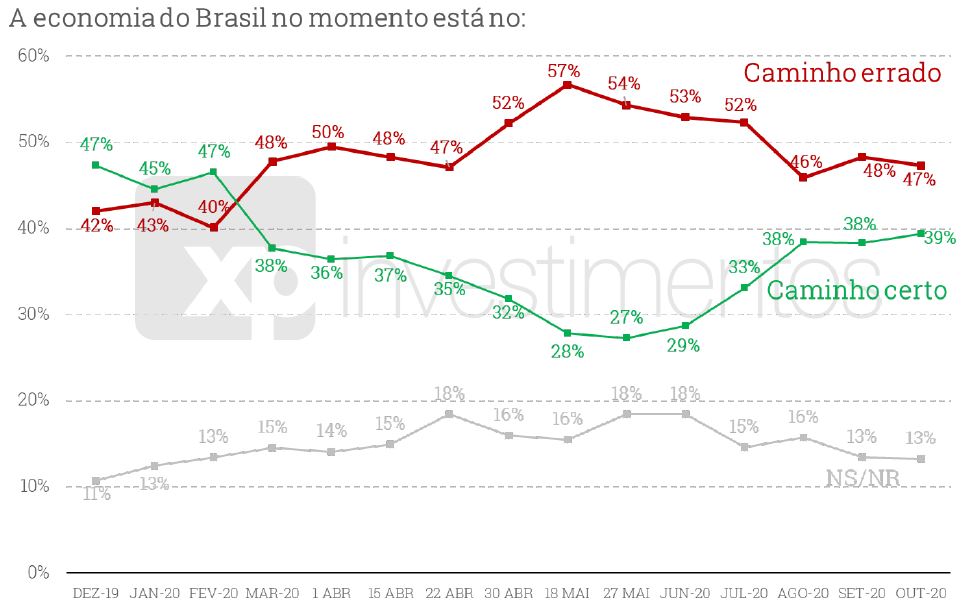 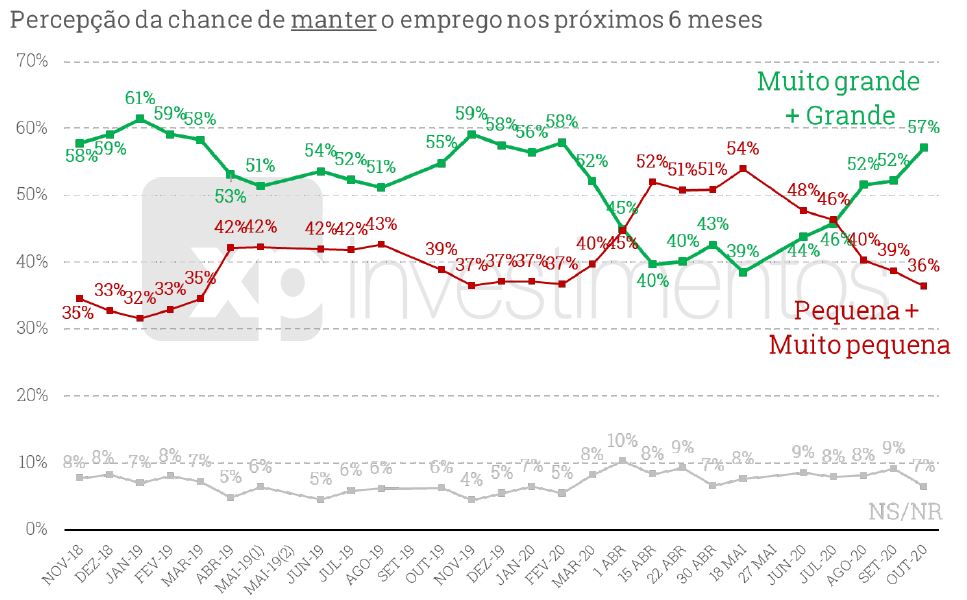 On the debt side, 29% expect an increase, while 25% believe in a reduction. The difference between the two groups reached 31 percentage points in April. 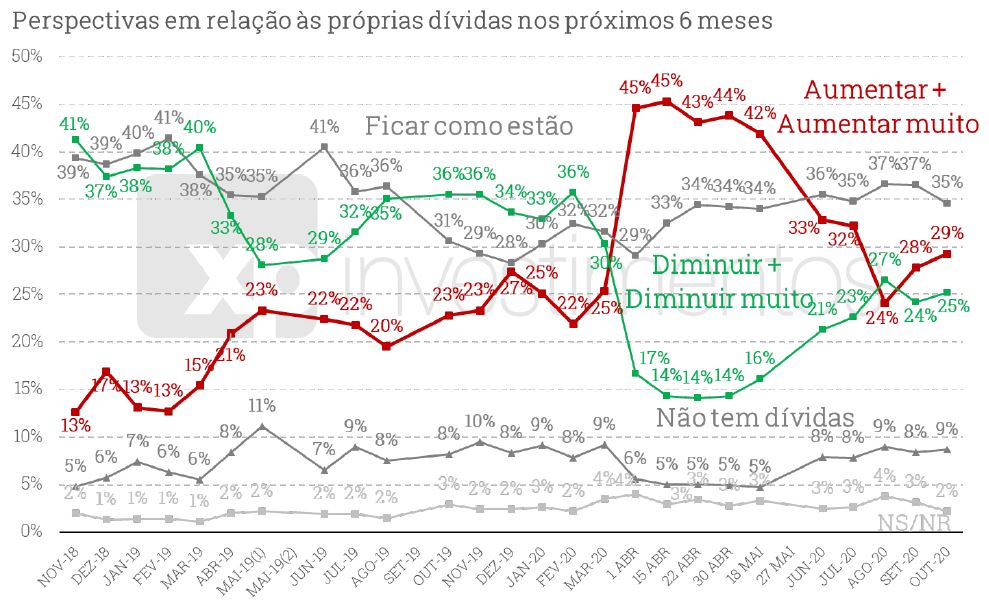 The survey also listened to the interviewees’ opinion about Bolsonaro’s relationship with the National Congress. For 50%, the president should make his positions more flexible in order to approve his agenda, even if it means moving away from the initial speech. 32%, on the other hand, advocate that he stiffen his positions and his speech, even though this implies difficulties in the relationship with parliament, while 2% believe that the president should maintain the current stance. 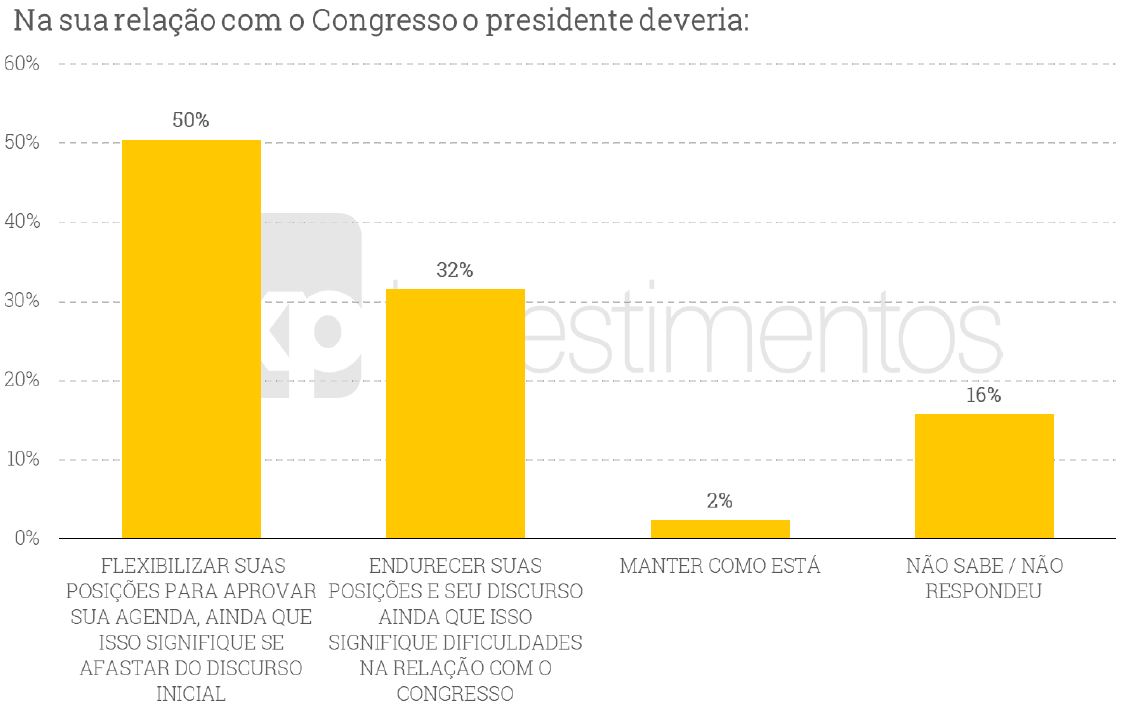 In a slanderous video, Russomanno associates Boulos with a busy building that collapsed in 2018

In the spontaneous survey, Covas has 15%, Boulos 9% and Russomanno 8%

‘The strength of wanting’: Zeca takes revenge on Ritinha

BLITZ – The title of the new Borat film is completely...

– I want to show people the artist I’m about to...

Mandatory use of the app still needs the green light from...

New coronavirus can survive for up to 9 hours on human...