Amid the numerous sanctions imposed by the USA, Huawei remains firm in the market and this week launched its new line of top-of-the-line Mate 40 smartphones. In addition to the bold design, the set of cameras that took the tip of DxOMark and the cascade, the device family stands out for the use of the Kirin 9000, the first 5nm chip to be shipped on an Android smartphone.

The new processor of the Mate 40 family has already undergone some tests on AnTuTu and proved to be quite powerful, surpassing the Snapdragon 865, current leader in performance in the Android world. Now, the Kirin 9000 has been submitted to the AI ​​Benchmark, which as the name suggests focuses on the performance of Artificial Intelligence, and once again defeated its opponents with ease. 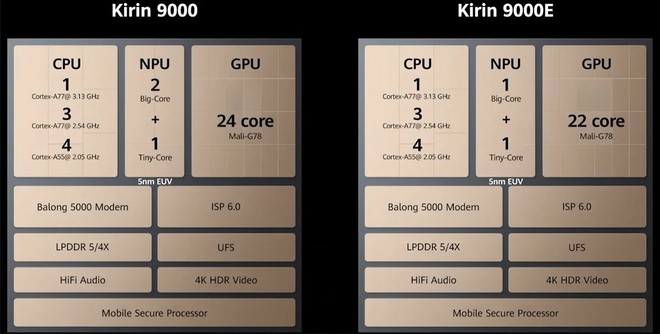 Scoring 216.6 points, Kirin 9000 is 60% better than runner-up, the MediaTek Dimensity 1000 Plus equipped with a Redmi K30 Ultra. Qualcomm was once again surpassed here, with its best competitor, the Snapdragon 865 equipped on the Realme X50 Pro 5G, reaching a mere 74.2 points, less than half of Huawei’s solution.

The Huawei Kirin 9000 has 8 cores running at up to 3.13 GHz, the new ARM Mali G78 GPU and an NPU with two Big cores and a Tiny core. According to the manufacturer, the chipset has 30% more transistors than the Apple A14 Bionic, and CPU 10% more powerful than the Snapdragon 865 Plus. Other than that, its Balong 5000 modem promises to deliver twice the speed offered by the Snapdragon X55 in 5G. Unfortunately, this must be the last chip produced by the Chinese giant.

CentOS is dead! RHEL is now available for free

Xbox is looking for ‘big names’ for future acquisitions

‘Resident Evil’: Check out the synopsis of Netflix’s live-action series

End of an era? Samsung will even end the Galaxy Note line

How much they cost, who bought them and how they are...

Guedes rules out risk of fiscal dominance in the country

Apple launches iOS 14.2.1 to solve serious problems on the iPhone...