Exactly a week ago the Xbox Series X entered the center of a controversy over the console overheating during a live broadcast on YouTube, which raised many suspicions about the console’s ability to maintain acceptable performance due to the high temperature, however today we have evidence to the contrary through Venturebeat.

The temperature test carried out by Venturebeat used an Xbox Series X against a PS4 Pro, a desktop and an Xbox One X using the game Hitman 2. The preparation involved leaving the consoles on for half an hour before playing 10 minutes of the Mumbai Mission and measuring the temperature of all 4. Check the results in the graph below: 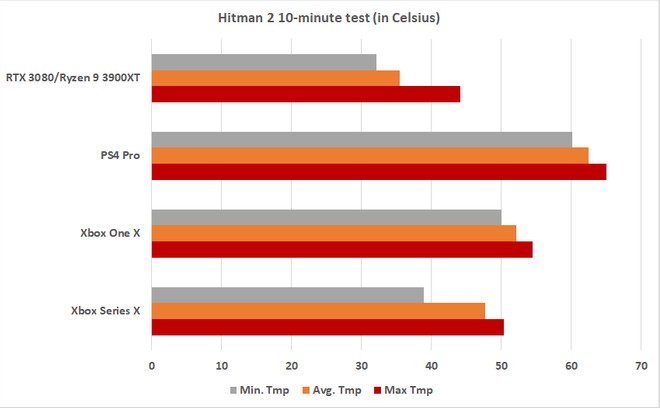 As you can see above, the Xbox Series X was the second coldest in testing, second only to a desktop using a Ryzen 9 3900XT processor with an RTX 3080 GPU.

However, if this is not enough, the site Tweakers.net carried out more tests, this time with a thermal camera and the game Red Dead Redemption 2, where the differences were even more noticeable. Check out the result of Xbox One X: 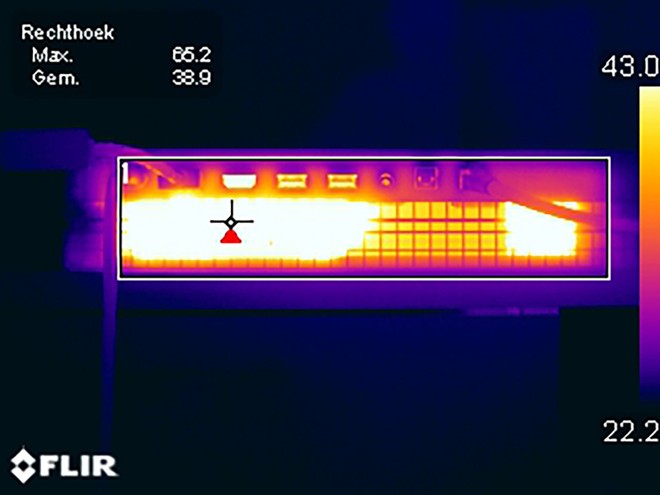 In the upper corner the console of the previous generation of Microsoft heated up to 65.2º C.

Check the results of the Xbox Series X now: 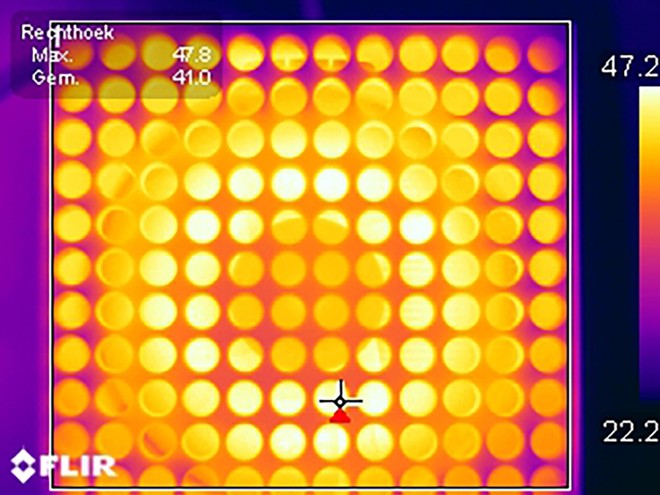 As you can see in the upper left corner, the temperature of the Xbox Series X was only 47.8º C, which represents a difference of 17.4º, which is quite impressive and shows that Microsoft’s project to better cool the The console’s interior works, like the small support ring at the base of the console.

THE Xbox Series X promises to be Microsoft’s big console for 2020. Scheduled for release on November 10, some journalists and tech experts were lucky enough to try the console before everyone else and it seems that the impression was not that good for some of them.

We are talking specifically about CNET editor Jeff Balakar, who said that the Xbox Series X was really hot during the live broadcast during The Giant Beastcast, where he claims to have almost burned his fingers while holding a storage expansion card. Check out the video below:

According to the editor, the console was in standby mode when he held it and almost burned his fingers, which is quite strange, since the Xbox Series X should only heat up when in use in heavy games.

However, Aaron Greenberg, who is general manager of Xbox game marketing at Microsoft, decided to test the console to determine how hot it really is.

The console will output system heat out of the exhaust, just as any other console will. Our engineering team confirmed the heat leaving the console is not significantly different than Xbox One X. This matches my experience at home quiet, fast & impressive power for the size.

According to Greenberg, the tests showed that the Xbox Series X doesn’t heat up more than the Xbox One X, so it could be that the heat Jeff felt was caused by some obstruction in the console’s air vents, although it’s hard to say, since the video doesn’t show where the Xbox was positioned.

The same answer was given by Ryan McCaffrey of IGN and Sam Machkovech of Ars Technica, who also tested the Xbox Series X and even found it to be quieter and more efficient than the Xbox One X even in heavy use.

4 Extensions for Google Chrome that must have installed

15 paid Android apps, now free on the Play Store (for a limited time)

Companies can now request access to the simplified lay-off

Worried about privacy on WhatsApp? Here are three alternatives | Technology

Not even 9,000 companies got extra job support last month

Xuxa meets ex-paquitas in the recording of a special program

17 infected at Oslo pub after the last beer before stopping...

Coronavirus cases and deaths in Brazil on October 7, according to...

SP will make local distribution of CoronaVac if federal government does...

“Brexit” did not come for free