The term “syndemia” (synergy + pandemic) was coined in the 1990s by American medical anthropologist Merrill Singer. Working in groups with AIDS, Singer found that the syndrome was ravaging a Puerto Rican community in Hartford and used the acronym SAVA (Substance Abuse, Violence and AIDS) to support the concept that AIDS was prevalent in a social context of drugs and violence that increased the spread of the infection, its severity and worsened its prognosis.

In 2017, the same Singer and co-authors developed the union health model where they focus on the biosocial complex, which consists of interaction, co-presentation or the sequence of diseases and the social and environmental factors that promote and enhance their negative effects. .

This approach to health design and clinical practice reconfigures the conventional history of understanding diseases as individual entities, separate from others and independent of the social context. Instead, all of these factors tend to interact synergistically in a number of consequent ways, having a substantial impact on the health of individuals and entire populations, and through them in society, and can only be addressed in an integrated manner for the benefit of the entire community.

In an article published at the end of September in the The Lancet, one of the most prestigious scientific publications in the world, Richard Horton, editor-in-chief of the magazine, comes to focus the attention of the whole community on this issue.

He argues that covid-19 is not a plague like any other seen in the past and therefore deserves a different approach. The designation of a union would therefore be more appropriate: the virus does not act alone, but is compatible with other diseases. And social inequality plays a key role in its spread.

The union nature of the threat we face means that a more global and integrated approach is needed if we are to protect the health of our communities.

As the world approaches the million and a half deaths from covid-19, it is important to face the fact that the current approach is too restricted to manage and even less to overcome the new coronavirus crisis

The article had repercussions in some of the main international media and gained echo in the scientific world. The American Society for Disaster Medicine and Public Health, for example, argued, in an article entitled “Covid-19 to Covid-20”, that the institutional response to the current crisis be based on “union thinking, not pandemic thinking”.

The word “union” will now enter the lexicon of the debate about covid-19, alongside terms such as “lockdown”,“ Group immunity ”and“ flattening the curve ”, previously virtually unknown to the general public.

As the world approaches the million and a half deaths from covid-19, it is important to face the fact that the current approach is too restricted to manage and even less to overcome the new coronavirus crisis.

So far, all interventions have focused on cutting viral transmission lines. The “science” that has guided governments is based mainly on models to combat epidemics that frame the current health emergency in a concept of plague that has existed for centuries.

“But the history of covid-19 is not that simple,” argues the editor-in-chief of Lancet. “Two qualities of disease are interacting in specific populations – severe acute respiratory syndrome (Sars-Cov-2) and a number of non-communicable diseases (NCDs).” These conditions are grouped into social groups according to patterns of inequality deeply rooted in our societies. The aggregation of these diseases in a context of social and economic disparity exacerbates the adverse effects of each disease in isolation.

A union epidemic, or a union, contains the idea that the virus does not act in isolation, as does a lone villain who simply spreads pneumonia and generalized organ failure in the targets it hits. He has serious accomplices, such as age and his social context, obesity, diabetes, heart disease and social conditions, which aggravate the disease and the prognosis of the affected person.

The biggest issue is that many of the covid-19 “accomplices” are already epidemics in some societies. Obesity, for example, is a risk factor for the development of diabetes and heart disease. Diabetes and hypertension are epidemics in Westernized societies. A recent magazine article Obesity Reviews, for example, concluded that obese people are 50% more likely to die from coronavirus.

In the case of covid-19, as the editor of the Lancet, tackling non-communicable diseases is a prerequisite for a successful fight against the current crisis. “The total number of people living with chronic diseases is growing. Treating covid-19 also means treating hypertension, obesity, diabetes, chronic cardiovascular and respiratory diseases, and cancer. ”

It also says it is especially important to pay more attention to non-communicable diseases in poorer countries, some of which are fatal, such as epilepsy, kidney disease, sickle cell anemia. For the world’s 1 billion poorest people, NCDs represent more than a third of their burden as a disease. Singer’s article states that the availability of affordable and affordable interventions in these diseases over the next decade could prevent almost five million deaths among the world’s poorest people. And this without considering the reduced risks of dying from covid-19.

Seeing covid-19 only as a pandemic excludes such a broader and more necessary perspective that will teach us, in good time, where to throw tons of money without leaving everything the same

The most important consequence of seeing covid-19 as a union is to underline its social component. The vulnerability of the elderly; minority ethnic communities as well as people in slums; essential workers who are commonly underpaid, living conditions and transport from the peripheries to the big cities; point to a hitherto concealed truth: no matter how effective a treatment will be or what a vaccine will protect, because the search for a purely biomedical solution for covid-19 will be a failure and we will not have learned anything.

Unless governments design policies and programs to reverse profound disparities, our societies will never be truly safe from the covid-19 and the pandemics that will follow. As Singer wrote in 2017, “A union approach offers a very different approach to clinical medicine and public health because it shows how an integrated approach to understanding, preventing and treating diseases can be much more successful than simply controlling epidemic disease or effectively treat a patient. ”

Horton added another advantage. “Our societies need hope. The economic crisis that is advancing in our direction will not be solved by a medicine or a vaccine. Nothing less than collective mobilization and national awareness for a cause are needed. ”

Seeing covid-19 as a union will involve us in a broader and national view, covering education, employment, housing, the condition of the elderly, security, transport, food and the environment.

Seeing covid-19 only as a pandemic excludes such a broader and necessary perspective that will teach us, in good time, where to throw tons of money without leaving everything the same.

The author writes according to the new orthographic agreement 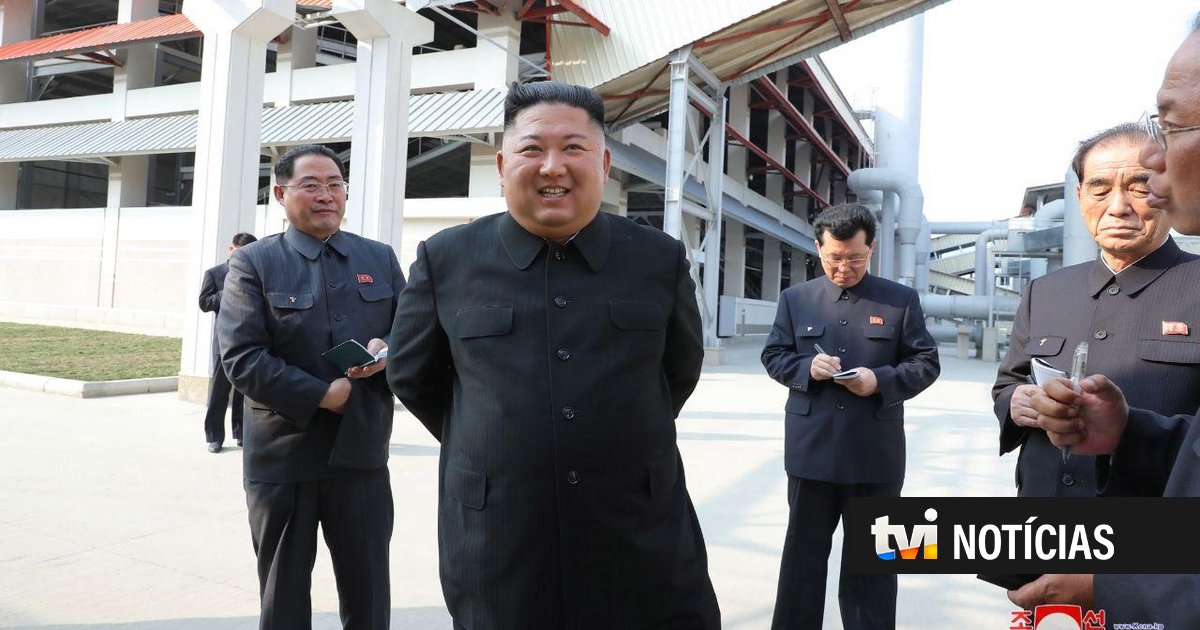 “I felt that there was a need to shake society up”...

Trump says he dropped package deal ahead of elections | ...

PlayStation 5 will end historic mess of ‘X’ and ‘O’ buttons

After committing electoral crime, Felipe Prior said he thought he was...

By a large majority. Spanish Parliament approves new state of...