It is no secret that appearance is essential in the world of Cyberpunk 2077: from the type of car you drive to your character’s accessories and clothes, navigating the game’s futuristic metropolis takes style.

During transmission Night City Wire this Thursday (15), the CD Projekt Red revealed some of the visual styles that inspire the inhabitants of the virtual city – and that the player can adopt to customize their protagonist, V.

The styles are divided into four categories – Kitsch, Entropism, Neomilitarism and Neokitsch – each with its own reference, characteristics and history: from raw utilitarianism to pure style. Look above. 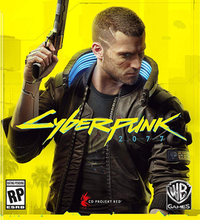 PS5 is selling more than the X Series in the gray market, according to analysts

iPhone 12. Is it worth buying the new Apple phone?

Coronavirus takes away the taste of chef and there is no...

Symptoms of fibromyalgia, a disease that causes unbearable and disabling pain