After we had known it as a prototype a few months ago, the Dacia Spring Electric has now made itself known in its production version and, truth be told, little has changed compared to the prototype and… the Renault K-ZE.

Taken by Dacia as the third revolution of the brand (the first was Logan and the second Duster), Spring Electric proposes to do in the electric market what Logan did in the car market when it appeared in 2004: making the car accessible to a greater number of people.

Aesthetically, the new Dacia does not hide the “family airs”, assuming a much appreciated SUV style and the luminous LED signature in a “Y” shape on the rear headlights that are increasingly becoming one of its images of brand.

SEE ALSO: Bigger, more technological, but without Diesel: all about the new Dacia Sandero

Small on the outside, spacious on the inside

Also in the interior, we highlight the digital screen on the 3.5 ”instrument panel and the offer, as standard, of four electric windows. 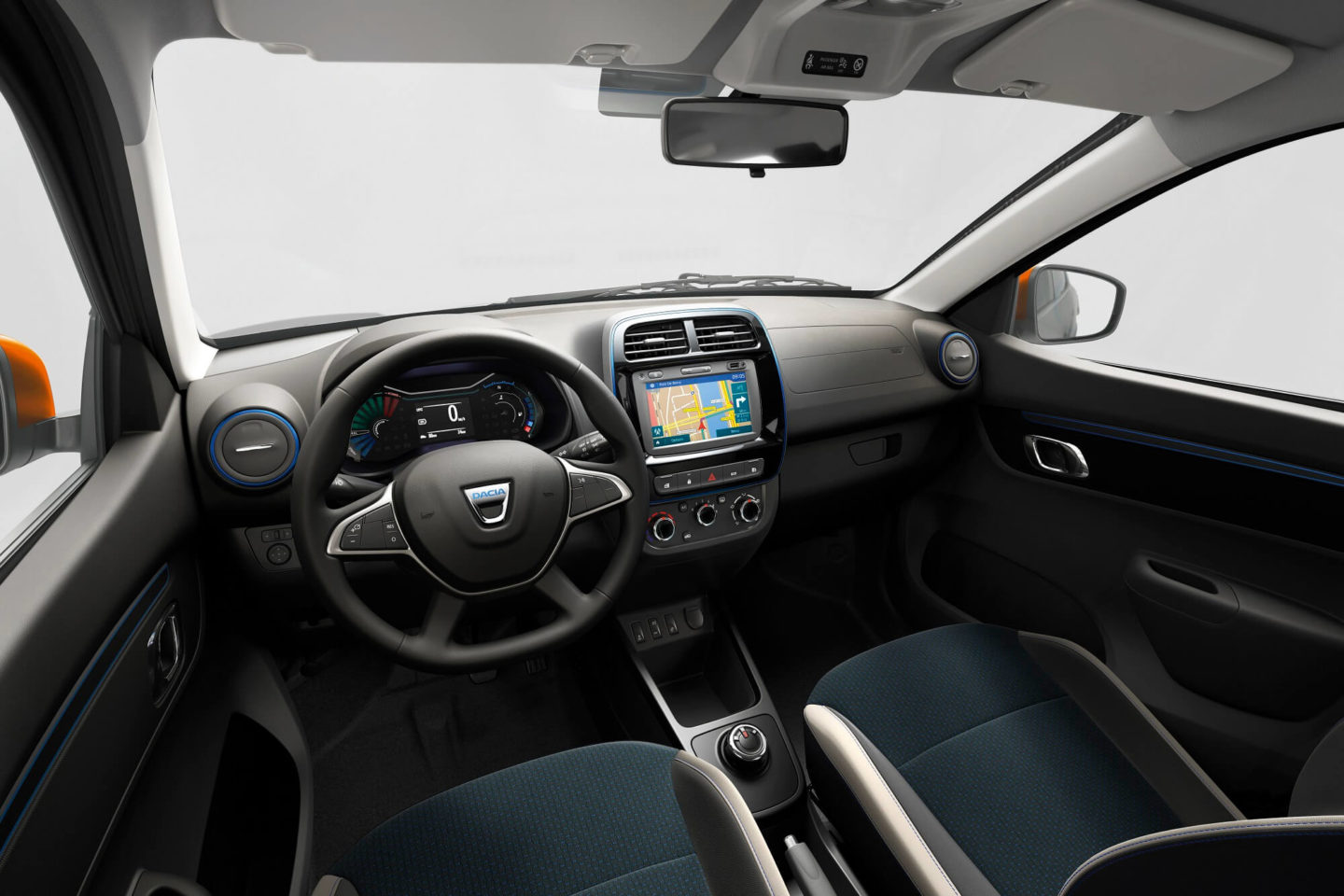 Among the optional items, the highlight is the infotainment Media Nav with a 7 ”screen compatible with Android Auto, Apple CarPlay, which allows, at the touch of a button on the steering wheel, to take advantage of the speech recognition systems from Apple and Google. Other options are the reversing camera and parking sensors.

Equipped with an electric motor, the new Dacia Spring Electric comes with 33 kW (44 hp) of power that allows it to reach… 125 km / h of maximum speed (when we select the ECO mode they are limited to 100 km / h) . 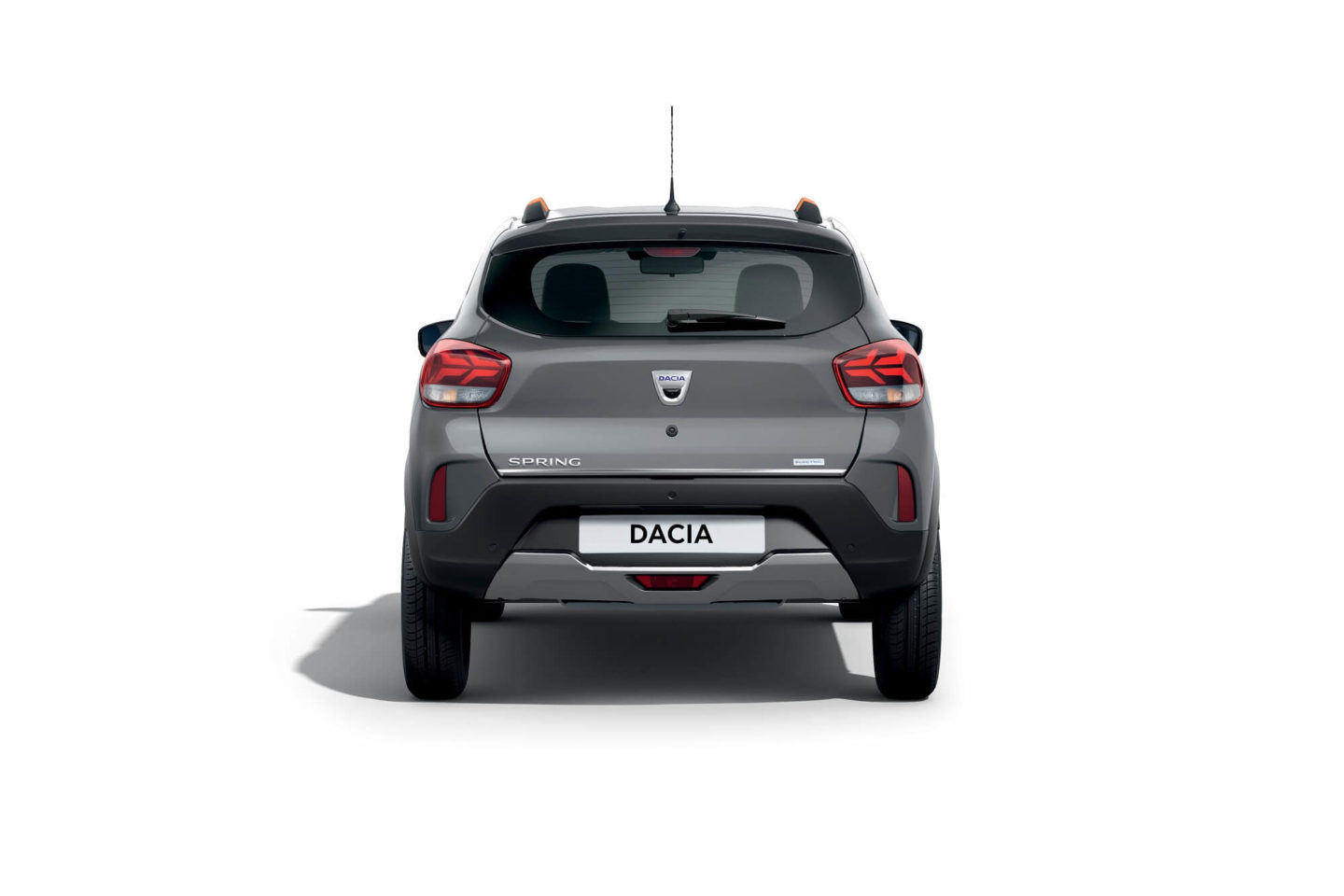 As for charging, in a DC fast charge terminal with 30 kW of power it recharges up to 80% in less than an hour. Already in a wallbox from 7.4 kW charging up to 100% takes up to five hours.

As for charging in domestic outlets, if they have 3.7 kW, the battery takes less than 8:30 am to be recharged 100% while in a 2.3 kW outlet the charging time rises to less than 2 pm.

SEE ALSO: Gasoline vs LPG. Which of the Dacia Duster is the best option?

Security has not been neglected

In addition to these, Spring Electric will also offer automatic lights and an emergency braking system as standard.

SEE ALSO: Citroën Ami One. The “hub” that wants to revolutionize mobility

Version for carsharing and even commercial

Dacia’s plan is to start by making Spring Electric available in carsharing from the beginning of 2021, having created a special version for this purpose. It will be precisely the first to take to Europe’s roads. 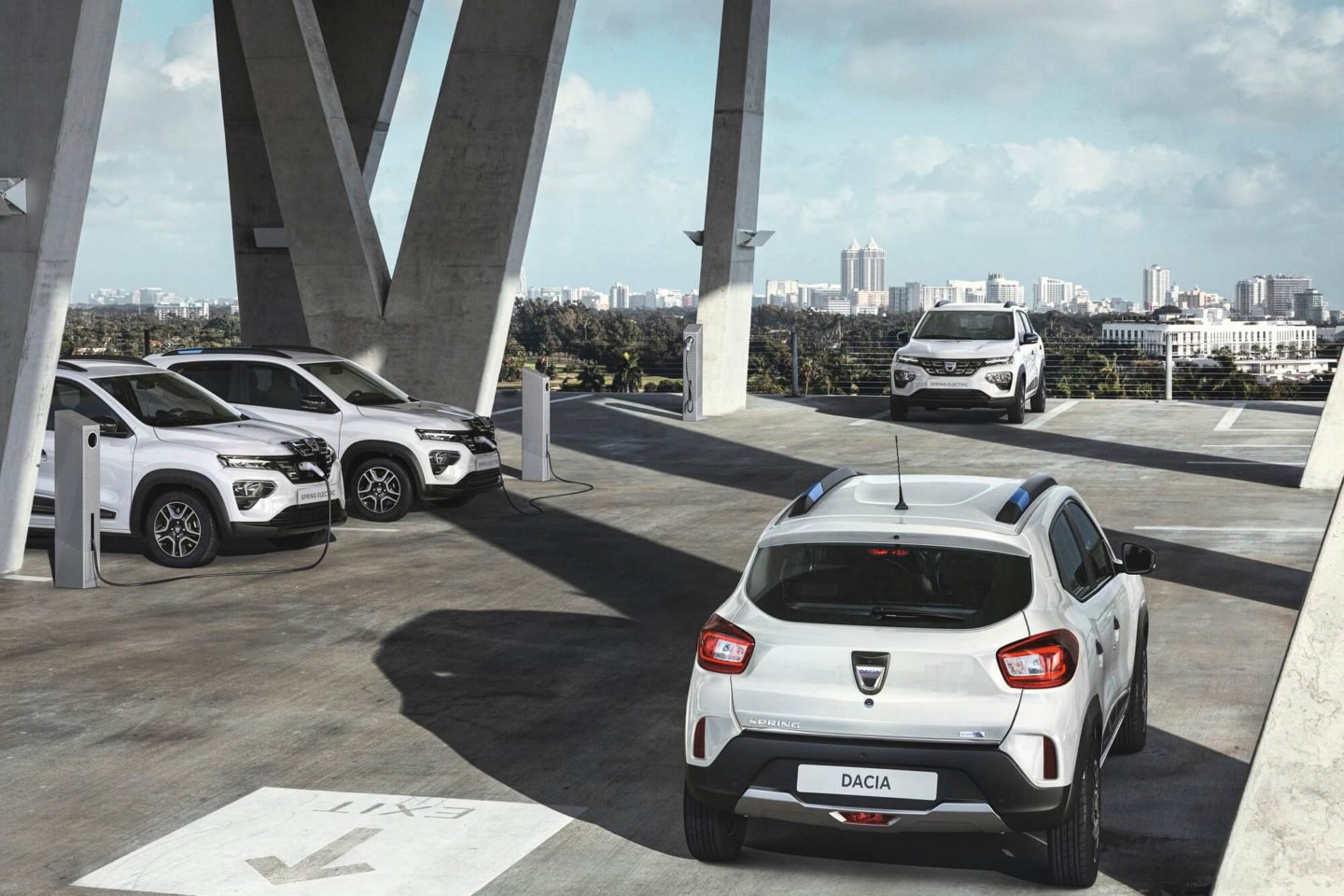 The version for carsharing has specific finishes.

This version was adapted in view of the intensive use that is normally associated with these services, bringing, for example, benches covered with more resistant fabric and a series of specific finishes.

Another of the specific versions already promised, but without an arrival date, is the commercial variant. For now designated “Cargo” (we do not know if this designation will be maintained), this abdicates the rear seats to offer a cargo space with 800 liters and a load capacity of up to 325 kg. 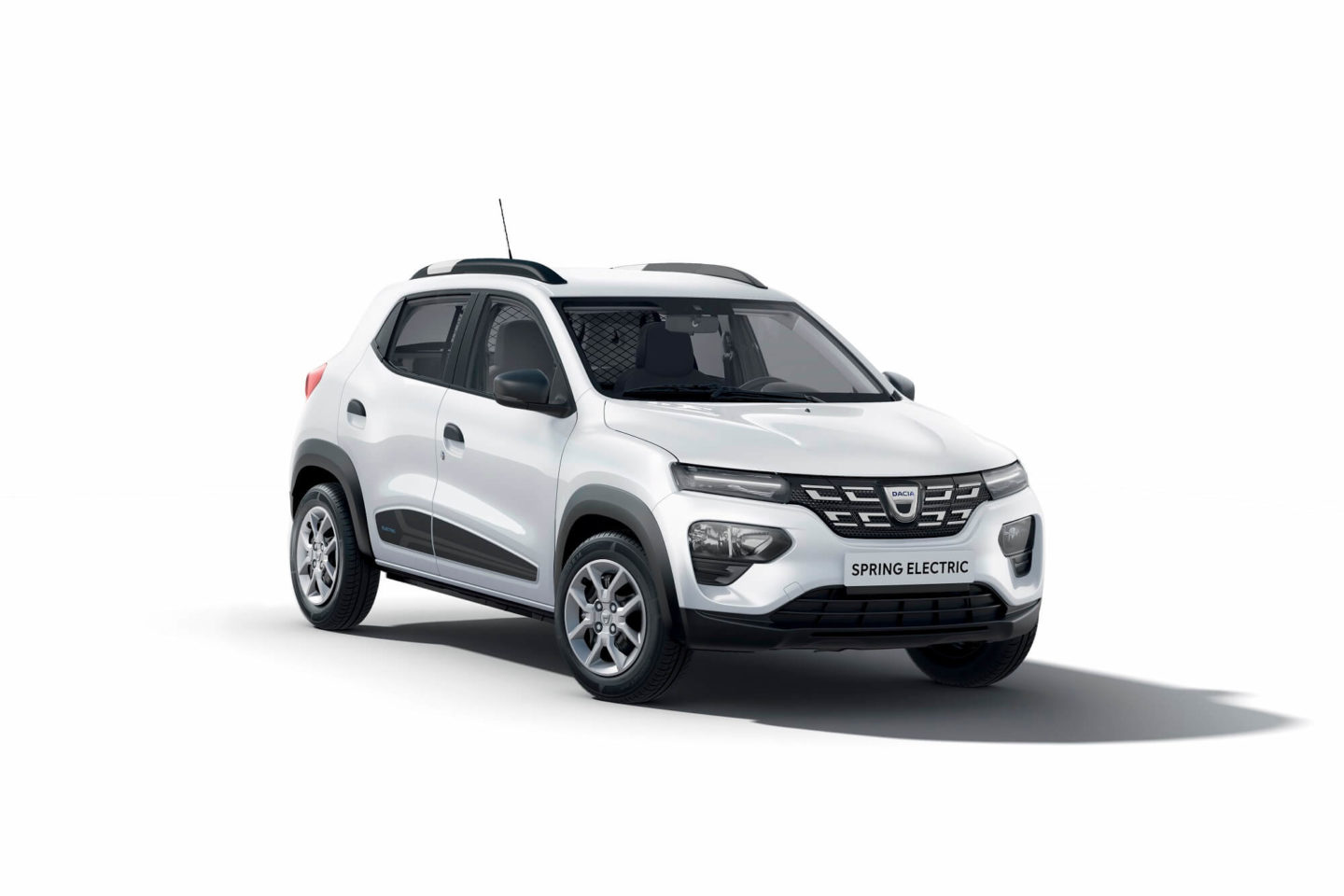 The commercial version bets, above all, on simplicity.

What about the private version?

As for the version aimed at private customers, it will see orders starting in the spring, with the delivery of the first units scheduled for the fall.

Although the price of the new Dacia Spring Electric has not yet been revealed, the Romanian brand has already revealed that it will be available in two versions, and it is likely that this will become the most affordable electric car on the market, following in the footsteps of the first Logan, which in 2004 was the cheapest car you could buy on the European continent.

R $ 300 aid paid in double; see what to receive until December

US GDP grows at a record pace of 33.1% in the third quarter – World

Central Bank has already spent $ 23.4 billion to hold the dollar

IRPF: IRS sends letters TODAY to those who fell into the fine mesh

Catarina Furtado tells one of the secrets of her success

In farewell to the Supreme Court, Celso de Mello votes by...

Fiat-Chrysler and Tim and partner for 4G in Fiat, Jeep and...