On Thursday (15), the senator, who has denied all accusations and claims to be unrelated to any unlawful act, stepped down as deputy government leader to “clarify the facts and bring out the truth.” On the same day, Federal Supreme Court minister Luís Roberto Barroso ordered Chico Rodrigues to be removed for three months. Barroso saw no evidence of crime in the act and rejected the senator’s arrest.

In a video that circulates on social networks, President Jair Bolsonaro appears stating that he and Chico Rodrigues have “almost a stable union”. The video does not identify the date it was recorded. Commenting on Chico Rodrigues’ flagrante delicto, the president regretted the misuse of health resources.

In total, the congressman hid R $ 33,150 in private parts. The amount was found after one of the officers identified “a large, rectangular-shaped volume on the back of the senator’s robes.”

André do Rap is wanted

One of the biggest drug dealers in Brazil is on the run. On October 2, Minister Marco Aurélio Mello granted an injunction (temporary decision) to André do Rap and authorized the release of the drug dealer. The decision was based on Article 316 of the Criminal Procedure Code, which provides that when a preventive (provisional) arrest is not reviewed every 90 days by the responsible court, it becomes illegal. On Saturday (10), the Attorney General’s Office (PGR) asked for the injunction to be suspended and the request was granted by the Supreme President, Luiz Fux.

André do Rap is one of the chiefs of the First Capital Command (PCC), a criminal faction that works inside and outside São Paulo prisons, and has been in prison since September 2019. On Monday (12), he entered the list of wanted by Interpol at the request of the Federal Police.

On Thursday (15), by nine votes to one, the Supreme Court decided to maintain the order of arrest of the dealer. The majority of ministers followed Fux’s vote, for whom the criminal “mocked Justice”. Still according to Fux, the law does not authorize automatic release of prisoners and the requirements for this must be analyzed on a case-by-case basis.

40 points in the driver’s license

President Jair Bolsonaro signed on Tuesday (13) the law that changes rules in the Brazilian Traffic Code. Among the changes are the increase of 20 to 40 points of the limit for the suspension of the National Traffic Card (CNH) and the increase of the validity of the document for up to 10 years.

Under the new law, there will be a scale with three scoring limits for the CNH to be suspended:

There was also a change in the rules for the use of the child seat, in the toxicological examination, in the penalties for bodily injury and homicide with drunkenness, among others.

October 15th was a day to celebrate the day of professionals who teach and dedicate themselves to education. THE G1 showed stories of teachers in Brazil. Among them is that of Lília Melo, winner of the Teachers of Brazil award and nominated for the Global Teacher Prize. She started a project to face the effects of a massacre on the outskirts of Belém. In an interview, Lília tells how she had to stop the content of the class and listen to the students to understand empty rooms and everyday dramas.

Christiane Barbosa, a teacher from the rural area of ​​Teresina, Piauí, has taught more than 300 students to read in the last ten years. Before the pandemic, I traveled 40 kilometers every day to get to school and teach. Daughter of an illiterate mother, she celebrates the achievements of the students and the challenges they face, even at a distance.

Starting the journey through North Korea, leader Kim Jong-un was seen in a rare display of emotion during his speech that marked the 75th anniversary of the founding of the Workers’ Party in Pyongyang. Kim’s voice broke when he apologized and thanked the troops for their sacrifice in response to natural disasters and preventing a coronavirus outbreak.

The video was broadcast on state television KRT on Sunday (11) and reached the West on Monday (12). The images show North Koreans in military uniforms and traditional dress shedding tears as they listen to the nearly half-hour speech.

Going to West Bank, do you remember the Palestinian Jihad Al-Suwaiti, 32, sitting at the window of a hospital? He climbed the building every day to get to see his mother, interned with Covid-19.

Young man climbed to the window where he could see his sick mother from Covid – Photo: Reproduction / Twitter / Mohamad Safa

After Rasmiye Al-Suwaiti, 73, died of the disease in July, Jihad and his brothers were bold – and illegal. They stole the woman’s body after being told by hospital staff that it would not be handed over to the family. The information is from the NBC network.

“I held it with my own hands, dug her grave and buried it the way she asked,” he said. So far, Jihad has not been punished for breaking the law and putting others at risk.

Let’s go for a quick landing on Peru. The country has authorized Japanese tourist Jesse Takayama to visit Machu Picchu park alone. He had been waiting for permission since March, when he arrived in the country, and went through the ruins with authorization from the Ministry of Culture.

Finalizing the script in the United States, the Brazilian Gisele Barreto Fetterman, wife of the deputy governor of the state of Pennsylvania, gave an exclusive interview to G1 after suffering a racist attack in a supermarket. She said she had been the target of this type of aggression on the internet, but never in person. A woman followed Giselle in the supermarket parking lot and used the racist expression “nigger” (see video below). 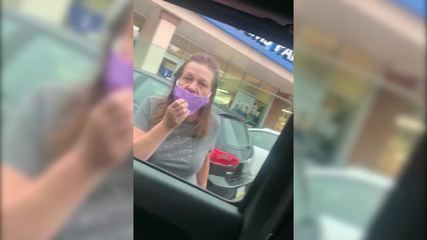 A storm of ash and sand formed in the region of Serra do Amolar (MS) and the pilot of a helicopter from the Brazilian Institute of Environment and Natural Resources (Ibama) had to make maneuvers to avoid the dust on Tuesday (13) . In recent weeks, fires have spread over the mountain range, which is one of the most preserved areas in the Pantanal.

According to the pilot, the aircraft narrowly missed the cloud, which was “very low and dark”, which could have caused an accident.

On the same day, the Minister of the Environment, Ricardo Salles, stated that the federal government has the competence to inspect only 6% of the Pantanal’s 15 million hectares. According to Salles, the rest of the territory is the responsibility of the states.

The Ministry of Health presented on Wednesday (14) the schedule for vaccination against Covid-19 considering only the vaccine of AstraZeneca, developed by the University of Oxford. In light of this, the National Council of Health Secretaries (Conass) sent a letter to the Minister of Health, Eduardo Pazuello, asking the government to buy the first vaccine against Covid-19 that is ready and approved by the National Health Surveillance Agency ( Anvisa). In addition to AstraZeneca, the folder made agreements to guarantee the purchase of Covax immunization (global consortium of vaccines against coronavirus).

According to the Health Secretary of the São Paulo government, Jean Gorinchteyn, the federal government did not release money for the purchase of the CoronaVac vaccine, developed by the Chinese company Sinovac in partnership with the Butantan Institute.

What did love unite … does the pandemic separate?

Gusttavo Lima and Andressa Suita announced the end of their five-year marriage on Friday (9). Throughout this week, the two gave different versions of what happened. Their separation is the most recent announced among the famous. 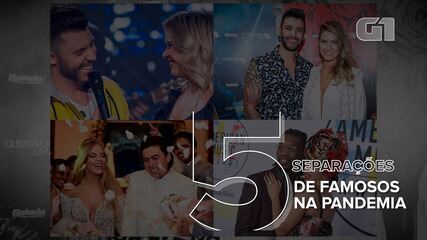 See 5 famous couples who broke up during the pandemic

Google searches for ‘divorce’ have exploded in the pandemic and internet searches for “how to file for divorce” have increased by 3,650% in the last six months. Other couples who also decided to follow opposite paths were Whindersson Nunes and Luísa Sonza; Marília Mendonça and Murilo Huff; Mayra Cardi and Arthur Aguiar; Cardi B and Offset; Channing Tatum and Jessie J; Demi Lovato and Max Ehrich; Mariana Ximenes and Felipe Fernandes; Cara Delevigne and Ashley Benson; and Kelly Clarkson and Brandon Blacstock.

Shock exit: – Did our best

“Shall we dance”: – Birgit is out of the dance

Donald Trump: – – 100 million doses before the year is over

Talks about the extreme transformations

Who won the debate between Trump and Biden? What the...

Volkswagen Taos aims at Jeep Compass, but can hit T-Cross and...

Sony knows of the PS4 update 8.00 issues and is investigating

Doria announces that SP will have 5 million doses of CoronaVac...

Cybersecurity: NVIDIA GeForce RTX 3090 can be used for password theft