The number of deaths by covid-19 in Brazil has been falling for weeks, but in October more people still die in this South American country of 212 million inhabitants than in the European Union, which has 447 million inhabitants, with a larger population. old and faces a second wave of the pandemic.

Considering data from the countries of the European Union, Brazil and the United Kingdom, a survey by the European Center for Disease Control and Prevention (ECDC) points out that Brazil is the third with the highest number of deaths per 100 thousand inhabitants in the last two years. weeks.

Among the four most populous countries in the European bloc, Spain has 3.30, France appears with 1.86, Italy has 0.92 and Germany has 0.31 deaths per 100 thousand inhabitants.

It is worth remembering that the age group is a central element for the size of mortality due to covid-19 in each country, and the Brazilian population has a much lower median age than that of the European bloc: 33.5 years x 42.8 years.

On the other hand, there is a question in vogue: is the second wave of covid-19 killing less?

According to data compiled by the European Center for Disease Control and Prevention (ECDC), Brazil recorded 10,700 deaths from October 1st to October 17th.

In the countries that are part of the European Union, the total number of deaths in the period amounts to 9,100. The level of Brazil is still higher even with the inclusion of the United Kingdom, which left the bloc this year, which would total 10.6 thousand deaths.

But the accelerated advance of the disease on the European continent should make the current situation reverse until the end of the month, if the trends continue without great variations.

Almost every day, some country in Europe announces new, more restrictive measures to contain the pandemic.

On Sunday (18/10), Italian Prime Minister Giuseppe Conte announced changes to the opening hours of schools, bars, restaurants and gyms. “We must not waste time, we have to implement measures to avoid a lockdown (total blockade of movement of people), which can seriously compromise the economy,” he said.

The intensity of the measures varies according to the severity of the situation. France has adopted an evening curfew, Belgium has decided to close all restaurants and bars for four weeks, Switzerland has made it mandatory to wear masks indoors, and Germany has urged citizens to only leave home in case of emergency.

Amid the second wave, something that has drawn the attention of experts is the fact that the recent increase in the number of cases has not been accompanied by a proportional increase in deaths and hospital admissions.

There are a number of hypotheses in debate about this supposed minor lethality.

One is that the increase in the number of tests performed has revealed more mild cases of the disease, which do not require hospitalization, for example.

Another is that a large part of the new cases in Europe are linked to young people, and, as a result, the trend of serious cases and deaths becomes less.

A third point raised is that health professionals and systems seem to be better prepared to deal with the coronavirus, even without vaccines or drugs that considerably reduce covid-19 deaths.

There is also talk of stricter care for the elderly population, which accounted for half of the deaths from the disease in the first wave of the pandemic in Europe.

Experts say, however, that it is too early to celebrate a second, milder wave of the disease and that there is no guarantee that hospitals will not be full soon on the European continent.

Brazil in a downward trend

Since the beginning of the pandemic in Brazil, in February of this year, Brazil has been experiencing different phases of the disease in its extensive territory.

Initially limited to large urban centers, the covid-19 has already reached practically all municipalities in the country. Less than 10, out of 5,570, did not report cases of the disease.

The peak of the pandemic in Brazil lasted almost three months. From June 5 to August 23, the daily average of deaths was over a thousand almost every day.

And since then, that rate has dropped consistently. Currently, Brazil has a weekly average of 488 deaths, the lowest level since the beginning of May. But still only India (780) and USA (700) surpass the country in this regard.

The drop in deaths from the disease does not mean, however, that the pandemic is nearing an end in the country. Or that all regions are registering the same downward trend.

There are even signs of a second wave of cases in states that had already surpassed a peak, such as Amazonas.

The Oswaldo Cruz Foundation (Fiocruz) points out in its most recent weekly report on covid-19 in the country that states like São Paulo, Minas Gerais and Paraná are highly likely to be in a downward trend.

Recife and Rio de Janeiro, for example, seem to have managed to stop the increase in cases.

On the opposite path, locations such as Amazonas, Pará, Maranhão, Santa Catarina and Sergipe appear, with a high probability of an upward trend.

Regarding the capitals, the institution states that Aracaju, Fortaleza, Macapá, Belém, Distrito Federal and Manaus point out to be on a trajectory of increasing cases.

Finally, Fiocruz warns: “Although most capitals have a moderate (above 75%) or high (above 90%) signs of decline or stability in the long term, the scenario is cautious” because the disease is still at a level high enough to be considered under control.

The factors behind the popularity of Jacinda Ardern, re-elected as a New Zealand prime minister

Covid-19: Isolation from the inside 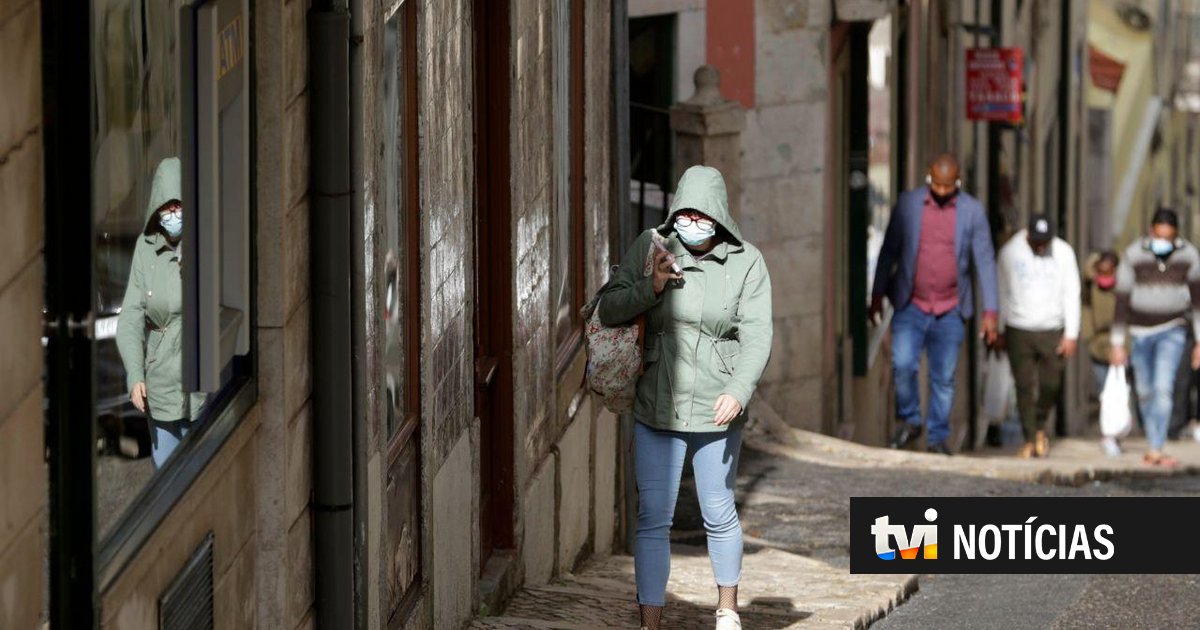 Covid-19: Portugal will have “very low levels” of new cases if restrictions are maintained

Recovered from COVID-19, Alan Franco returns to training at Atltico

Covid-19. Financial recovery in Africa will be slow and uneven

Mother offers clothes on the street in exchange for diapers or...

Screening and surveillance units at covid-19 at Madeira airports cost 20...

– Did not feel so good

Jiu-jitsu fighter dies after choking on piece of meat

where to watch, schedule, lineups, arbitration