Have you ever heard of suicide drones? China recently carried out a test with the launch of “suicide drones”. These drones can be launched from trucks prepared for this purpose as well as helicopters.

The goal is to be able to destroy targets from a distance. See the video was published by CAEIT – Academy of electronics and information technologies of China.

Although we live in a highly technological world, where it is believed that wars between countries pass more through the digital field (through cyber attacks) the truth is that it is not so. Today, technology is also used to develop attack / defense solutions.

Recently the China’s CAEIT published a “scary” video that shows suicide drone launch bases. The drones, which function almost like rockets, are launched from trucks (in the video an armored Dongfeng Warrior car) and helicopters, reveal how the future wars could be.

The South China Morning Post reveals that the unmanned aircraft looks similar to the CH-901, China's first tactical attack drone that measures 3.9 feet (1.2 meters) in length and weighs 20 pounds (9 kg). Although small, this type of drone can be powerful. The drone can travel at a speed of 93 miles per hour (150km / h). 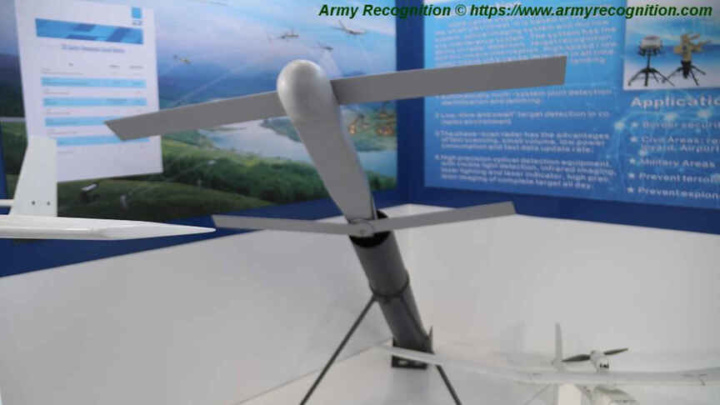 These suicide drones can also fly for 120 minutes before detonating. Scary scenarios! There is no specific information on what the new drones are for and whether other countries should be concerned. Unmanned aerial vehicles are controlled remotely and easily from a tablet.

French government puts 7,000 soldiers on the streets to protect churches and schools

Renato ends it all with Jessica Fernandes!

With reservations, America loses to Ava and has broken streak in Series B

Cheap drones versus expensive tanks: a game changer on the battlefield? – Ground Forces

Emergency state on the way. Find out about the new measures and the affected municipalities

Three days before the election, who is leading in the key states, Trump or Biden?

President of the Republic receives Prime Minister and parties on Monday

Mother and children rescued from rubble after earthquake

Additional R $ 1,200 of emergency aid is CONFIRMED; know how much to receive

Covid-19: New York changes rules for those arriving in the state – News

Reporter interrupted by fight over live link at ‘Encontro’ – TV...

David Junior celebrates breaking of stereotype with character in ‘Under Pressure...

US elections: who are the favorite candidates from Russia, China and...