Has agreed on a one-year contract with the Russian club.

The Norwegian national team defender Haitam Aleesami (29) continues his career in Russian football, where he becomes a teammate with Mathias Normann (24) in FC Rostov.

Aleesami has agreed with Rostov on a one-year contract, after Nettavisen was informed on Saturday morning.

The transfer was later confirmed by the Russian club via social media.

The online newspaper has not succeeded in contacting Aleesami’s agent Mike Kjølø or the player himself.

Read also: The club manager was speechless when he remembered what was in Aleesami’s contract: – There were many reactions

The left-back has been clubless since leaving French side Amiens this summer.

Amiens was forced to relegation from Ligue 1 without completing the 2019-20 season in France. Aleesami chose to use a clause in the contract that allowed him to terminate the agreement in the event of a relegation.

Before this autumn’s international matches, the 29-year-old has trained with various Norwegian clubs.

Earlier this autumn, the English Championship club Blackburn were interested in signing Aleesami.

Blackburn went instead for another left-back when the English transfer window closed on Friday. Scottish Barry Douglas (31) was then brought in from Leeds on a loan deal for the rest of the season. 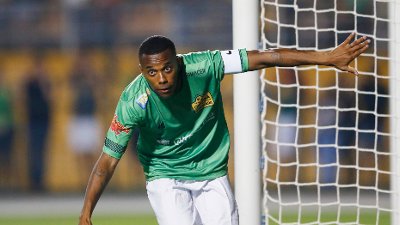 ‘We were not the best in the world’

– One of the greatest triumphs

– Red Bull knows that it has been very challenging – VG

Less game in the round and direct confrontations at home are the Atlantic’s strengths in the fight for the leadership of the Brazilian; ...

Sick Ingebrigtsen is not allowed to lead Brann training

Anderson Silva by Bruce Buffer: “Show people things that no one has ever seen before” | combat

End of ‘transfer ban’ moves Cruzeiro base; meet eight reinforcements that will be enrolled

SIC Woman | Grazi Massafera shows followers what it was...

Fire in a house on Melkeplassen – one person died

Benfica-Moreirense: great run by Darwin and assistance for Seferovic to score...

USA. 80-year-old man died after confrontation with another client at...

This is the key to this year’s listing party – E24