The next exclusive to Playstation 4 (and Playstation 5), Marvel’s Spider-Man: Miles Morales is receiving the last preparations for its launch.

That said, it will be easy to see that the game has recently reached the Gold stage.

Marvel's Spider-Man: Miles Morales is one of the featured games from this late 2020, and the game has recently reached an important milestone in relation to its release date.

According to Sony, Marvel's Spider-Man: Miles Morales has just reached the Gold phase, which is to say that its development is practically completed and that the process of distributing the games to stores now begins.

In this new adventure in the Marvel's Spider-Man universe, teenager Miles Morales tries to adapt to his new neighborhood while following in the footsteps of his mentor, Peter Parker, to become the new Spider-Man. But when a fierce power struggle threatens to destroy their new home, the aspiring hero realizes that with great power comes great responsibility.

Players will have the opportunity to experience Miles Morales' rise as the new hero kicks in, learns to master his incredible new powers and becomes a Spider-Man in his own style. 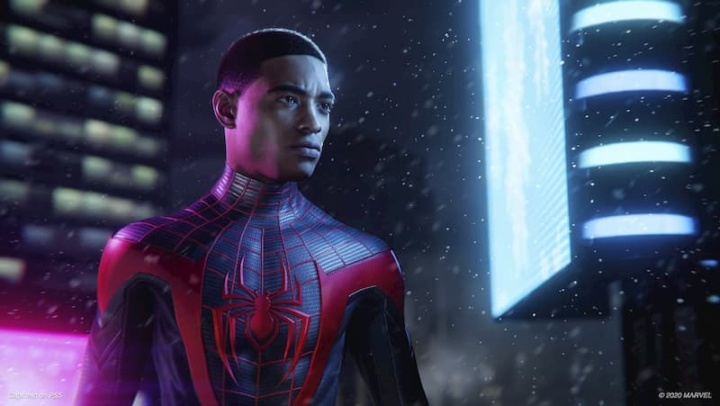 Miles Morales discovers that he has explosive powers that distinguish him from his mentor, Peter Parker. The player will have to learn to master these skills that include, poisonous attacks, which emit bioelectric discharges, their stealth power of camouflage, their acrobatic combat ability.

With his new home at the heart of the battle, Miles will have to learn what it takes to be a hero and decide what he will sacrifice for the sake of everyone to save Marvel's New York, which is experiencing an authentic war.

The story of Marvel's Spider-Man: Miles Morales tells us that an energy corporation and an army of high-tech criminals are at war for control of the city. Miles will have to learn what it takes to be a hero and decide what to sacrifice for everyone's sake.

On Playstation 5, Miles Morales will present a 4K and HDR image, and thanks to the Ray-Tracing process, he will present brutally detailed scenarios, with improved light and shadows and more detailed characters. There will also be an optional 60 frames per second mode that adds even more life to the Spider-Man universe.

Spider-Man: Miles Morales | Spider-Man movie uniform will be in the game

Windows 10 update may cause plug-and-play issues

Huawei claims to have the most powerful mobile chip in the world, but until when?

Half of the Sun-like stars may have habitable planets

iPhone 12: Apple embraces the future without forgetting the past | Hands-on video

Super Mario 64: you can now install it on an Android...

Netflix will have new area dedicated to the latest and most...

Covid-19: Number of new daily cases in France has skyrocketed to...

“Big 4” lose weight in the audit in Portugal – Companies

Meteorologists have run out of names for tropical storms in the...

The teacher showed Muhammad caricatures in class. On Friday, he...