This Tuesday (13), Steve e Alex, of Minecraft, joined the cast of Super Smash Bros. Ultimate, and his sudden entry brought with him one of the most hilarious and bizarre oversights in the history of a Nintendo game.

When winning a competitive match, Steve may appear eating a piece of meat, but the final angle of the image makes it look … something else.

How did this get approved lol pic.twitter.com/3rUCt2eDMW

Naturally, the image soon caught the public’s attention and went viral on the networks.

The only chance that something like this has reached the players is that the director Masahiro Sakurai and its team of developers has hearts and minds much more pure than the audience of their games.

Still, all things considered, Steve’s final celebration in the game is likely to be replaced soon.

Incidentally, Steve can also do the following during Smash Bros games: 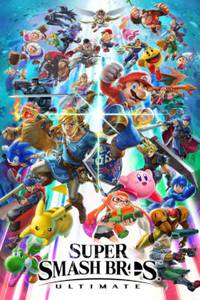 Middle-Earth: Shadow of War and Hollow Knight between the PS Plus November games. And there is already a “tassel” on PS5 – Computers

Antibody discovered 530 times more powerful than any other

Chris Lee, director of 343 Industries, steps away from the development of Halo Infinite

Apple is developing its alternative to Google Search

Xbox Game Pass is totally sustainable as it is, says Phil Spencer

The end of Flash in Windows 10! Update removes this component

Make Chrome even more secure on Android with this simple change

Claudia Raia poses gagged and criticizes lack of respect for the...

In the United States, a priest is arrested after recording a...

Phil Spencer confirms: Bethesda games (ZeniMax) will not go to other...

OnePlus will be preparing a special edition of its Nord smartphone

Paolla Oliveira poses at ease and shoots: “Who’s hot in there?”