More 121 municipalities and 7.1 million Portuguese will be in partial confinement from 4 November, announced António Costa in the briefing of the Council of Ministers. The prime minister also confirmed that he will speak to Marcelo Rebelo de Sousa about a state of emergency, but the meeting has not yet been scheduled.

“If we do everything well today, we won’t have to do anything later to have a peaceful Christmas,” he replied, when asked if the country will return to general confinement in the first two weeks of December. António Costa admitted, however, that he put this scenario in conversation with the bosses, as a working hypothesis and without associated dates.

One of the criteria for determining which municipalities are at greatest risk for entering the risk map will be 240 cases per 100,000 inhabitants in the last 15 days, which has served for the three municipalities that are in confinement. “This is a criterion that applies to several municipalities in the metropolitan areas of Lisbon and Porto,” he said.

Situations in which a municipality is above that criterion as a result of a confined outbreak, for example, from a home, will be excluded. This is the case of Alvaiázere, for example. Conversely, there may be counties that are not over 240 cases per 100 thousand inhabitants, but that are islands in the set of counties that surround them. “This is the case of Moita, Montijo, Barreiro and Alcochete, who were below 240, the case of Sobral de Monte Agraço or Viana do Castelo”, said António Costa, citing other examples.

Every 15 days the Council of Ministers will revisit the list, hoping to remove some and fearing to add others. “It is important not to create false expectations. November is going to be a very tough month ”.

The Prime Minister also announced the seven rules that will be in force, from 4 November, in the 121 municipalities that have been signaled. Are they:

Portugal had first brake in March

The country entered a state of emergency on 18 March that was only lifted on 2 May.

This Saturday, Portugal counted 2831 more recovered and has 58.492 active cases of infection with the new coronavirus, 1137 more than on Friday. 1972 people are hospitalized, of which 286 are in intensive care.

Since the beginning of the pandemic, 141,270 cases have been confirmed and 2507 people have died. Currently, Portugal has more than 58 thousand cases of active covid-19, with the Northern and Greater Lisbon regions being the most affected. 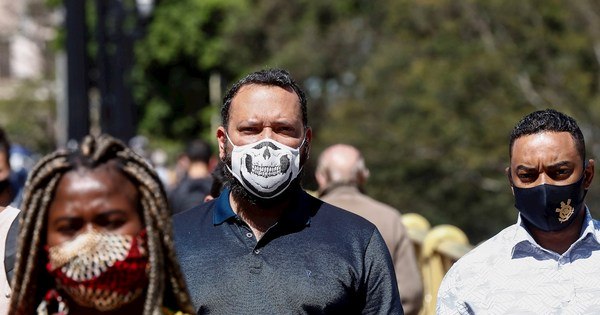 How to fight the flu during the COVID-19 pandemic

The Farm: Bruno Gagliasso has fun with Jojo Todynho’s attack on...

It will be possible to rent cinemas in Portugal to watch...

Peruvian police incinerate more than 19 tons of drugs seized during...