David Gilmour is one of the greatest guitarists in rock history. Owner of an easily recognizable timbre, the musician made some of Pink Floyd’s most legendary solos, as well as doing well in his solo career.

Due to the fact that Gilmour has a very peculiar style of playing, many guitarists slip in some areas when trying to play his solos.

Youtuber Mike, from the channel ‘The Art of Guitar’, brought together the 8 main mistakes made by these musicians – and showed how each one of them occurs.

1. Bends fora do tom
2. Do not make vibrato
3. Do not rake (it is like a sweep with only “going”, without “picking” back)
4. Do not do hammer-ons and pull-offs
5. Don’t leave space
6. Don’t make slides
7. Not having firmness in the fingers
8. Lack of dynamics

To exemplify all these errors, the guitarist presents the solo of the song ‘Mother’, recorded by Pink Floyd on the album ‘The Wall’, from 1979. See. 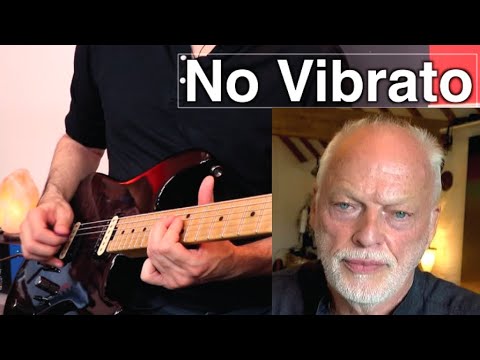 Isis Valverde declares himself in a sequence of photos with Rael: ‘Our world’

Zena returns to be reasons of jealousy between Renato and Jessica F.

“Forces you to look inside”

After separation from Gusttavo Lima, Andressa Suita surprises the web by returning to work

NXT in doubt for this year’s Survivor Series

Biel complains about the state of the kitchen

“Barbarians” is the new Netflix epic series for all “Vikings” fans

US experts do not think the debate will change the balance...

Died four days after the wedding

FGTS: Caixa will release 4 more lots of emergency withdrawal of...