Learn all about NASA

Landing a robotic spacecraft on an asteroid may not seem as exciting as landing humans on the Moon, but the OSIRIS-REx mission, which will collect samples from the asteroid Bennu, is so important to NASA that there will be live coverage. The event will start on October 19th, ending on the 21st.

During this period, NASA will cover the spacecraft’s descent to the asteroid’s surface to perform the TAG maneuver, short for “Touch-And-Go”. The name, which can be freely translated as “Touch-and-go”, is due to the type of maneuver that OSIRIS-REx will perform to take the samples – it will not actually land on Bennu, but will touch the rocky surface with one arm mechanic for just a few seconds. This will happen on the 20th, and shortly afterwards the spacecraft will fly back to the asteroid’s orbit.

This collection time is the most complex and delicate, so it will need to be performed perfectly. A mechanism on board the OSIRIS-REx will touch Bennu’s surface for approximately five seconds, fire a charge of pressurized nitrogen to disturb the surface and collect a sample before the probe moves away. This attempt can be made three times. If the probe successfully collects a sample on October 20, no further attempt is necessary. The collection will take place at the site called Nightingale, which is located in a crater and is about 16 meters wide.

If you don’t want to follow the whole event, there are some broadcasts that are more important. The main one is coverage of the TAG event on Tuesday (20), at 14h: 20 (Brasília time), which will talk about the descent of the ship, managed by Lockheed Martin Space, including an animation that will show the activities of the rig in real time. This animation begins with the rotation of the spacecraft so that it is in the position to execute the maneuver that will take it out of the orbit of the asteroid, and will continue during all the processes before and during the collection. Finally, it will show the movements of OSIRIS-REx the moment it leaves the surface of Bennu.

Before that, on Monday (19), the space agency will talk about the mission and the science that researchers do through asteroids. There will also be a conference with scientists in the field, including experts in planetary defense, to talk about the dangers that asteroids like Bennu pose to Earth. Bennu is considered an object close to our planet and it may be that it presents a real danger at the end of the next century. Also on Monday, there will be a broadcast with engineers and scientists from the OSIRIS-REx mission.

This will be the first time that NASA will land a probe on an asteroid to fetch material samples, which is why there is so much enthusiasm. You can check the full list of activities during the coverage of the TAG event on the NASA website. After collecting the samples, the ship OSIRIS-REx will leave Bennu. In 2021, she will begin her journey back to Earth, and is expected to arrive here on September 24, 2023. 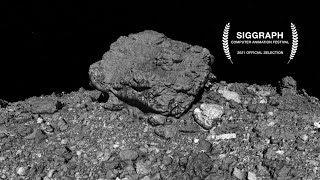 OSIRIS-REx entered the orbit of the 500-meter-diameter object at the turn of 2019 and the samples collected will help scientists better understand the formation of the Solar System.

Now you can ‘unmask’ fake news directly on WhatsApp

Ourocard Banco do Brasil card has an annual fee exemption

Including cheap Diablo III, PS4 and XOne games with discounts of up to 90%

Cristina Ferreira – The luxurious gift she offered to Helena Coelho’s...

A different heads-up … :: Bull and Gold

70 percent of us are overweight or obese, mother of four...