Lovers of the classic PAC-MAN game – which was popularized during the 80s and 90s at Atari – can now relive the old days of the game in a mobile version. The title arrives for mobile devices loaded with the Android and iOS operating systems under the name PAC-MAN GEO and can now be downloaded from both Google and Apple app stores.

PAC-MAN GEO uses a system based on Google Maps and, with that, it can simulate some real cities to be reproduced on the game map. Of course, it will not be possible to see cities as they really are with their sights, buildings and monuments, but instead, it is possible to “run” through their streets straight from the game.

So far, ten phases have already been pre-configured in the first released version of PAC-MAN GEO, including one “located” in Brazil and the United States. Some European and Asian countries are also the stage for the game.

However, the player can still create his own level anywhere on the globe, so it is possible to play PAC-MAN GEO on the street of his home as usual. Still, it is important to note that some locations are not accepted by the game if it does not have a considerable number of streets for good gameplay.

To create a map just click on a blank area on the map and zoom in until you find the desired region. It is also possible to use the GPS location to go directly to the user’s address and search for the best street to start the match.

Another classic that was revived recently was the console itself on which PAC-MAN was successful. In this case, the Atari VCS is almost ready to be sent to crowdfunding supporters to revive the classic and, after that, it should be available in stores in various locations around the world for sale. 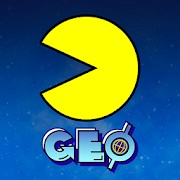 iPhone 12. Is it worth buying the new Apple phone?

MSI presents its video cards from the Radeon RX 6000 line

Huawei ceases to be a world leader in mobile phone sales

LG prepares a smartphone even more revolutionary than the LG Wing

Via Lctea has at least 300 million habitable planets

Soon it will be possible to make purchases through WhatsApp

“Thanks for the opportunity”. OnePlus founder confirms departure

New five-year plan will make China less dependent on the outside...

Multinational based in SC invests R $ 2.5 billion in wind...