Famous for being the first street car launched into space, Elon Musk’s Tesla Roadster achieved another historic feat last week when it passed close to Mars.

The electric, which is also the most ’rounded’ car ever built, carried out the approach on the last 7 days, reaching a distance of only 0.05 UAs from the Red Planet – equivalent to 5% of the distance from Earth to the Sun, or about 7.5 million kilometers.

This passage was another milestone of the mission, which also placed the sportsman behind only a few space probes and a manhole cover between all human objects in terms of speed.

Initially, Tesla’s function would be just a test load, in order to prove the ability of SpaceX – the aerospace arm of the Musk conglomerate – to launch the monstrous Falcon Heavy. The rocket, whose thrust is only surpassed by the historic Saturn V, stands out for its ability to return in a controlled flight to Earth, facilitating its reuse.

Since the Falcon Heavy test flight was very risky, there was no interest in shipping scientific material on the equipment. The available space fueled an extravagant balcony by Musk, who, following suggestions on Twitter, chose to send his own Roadster into space.

In addition to the marketing generated by the live broadcast, the experiment served to test the tools that must bring astronauts and equipment to Mars in the coming decades.

Despite ‘scraping’ our neighbor, the car did not enter orbit, as it follows a route around the Sun and does not have propellers to alter this path (although its successor must have this technology). Even so, in August 2019, the sports car lived up to the category and reached an incredible speed of 121,005 km / h.

This placed the distant cousin of the Lotus Elise in the top 5 fastest human objects, behind the Helios and Juno space probes and an unusual manhole cover.

Record holder, the cap was thrown into space in 1957, during an underground atomic detonation by the United States. The equipment used allowed to capture only the minimum speed of the part, in the order of 200 thousand km / h.

Traveling six times faster than necessary to enter orbit, there are two versions of the cap’s whereabouts: either it reached space months before Sputnik I or the heat generated was so great that it evaporated before leaving the atmosphere.

Soon, another probe is expected to surpass the Roadster in terms of speed, as NASA’s Parker Solar Probe will be on the verge of 700,000 km / h during its final solar approach.

The ride of the tram and its mannequin-driver also served to briefly assess the reaction of a car to outer space and its extreme conditions. The sports car proved to be tough in the fall and, until the end of the images, was in good condition.

It is estimated that all fluids were removed from the soil, as they would immediately boil in a vacuum. Components that depend on external pressure, such as tires and airbags, have also been modified or removed to prevent explosions.

Although the Roadster had an autopilot similar to that of the Model X, for example, it would also not act correctly, since the ultrasonic sensors that detect objects near the car would not work in a vacuum.

It is thought that the same space rays that destroyed his communication equipment, also, erased the red in his painting. This is due to the immense energy with which these ultraviolet rays, without the protection of an atmosphere, reach the bodywork, destroying the chemical structure of the paint. The energy of these rays is so great that even the body can deteriorate, as the bonds of its carbon fiber can be broken by absorbing them.

Another important factor is the temperature variation, which can reach hundreds of degrees Celsius, positive or negative, depending on the position of the car. This gigantic amplitude causes expansion and contraction of the various components of the vehicle, causing breaks, melting and cracking.

All of this, added to the risk of collisions with small space debris, should transform the car into pieces of space waste in a short time, leaving only the aluminum platform and other metallic components that are directly connected to it. Even so, Elon Musk expressed an interest in launching another mission, to photograph him closely.

As long as it exists, the Roadster is expected to make its orbit around the Sun without much news, according to scientists at the University of Toronto and the Carolina University of Prague in the Czech Republic. These researchers applied mathematical models that indicated, in a few million years, a probability of collision of 0.42% with the Sun or 6% with the Earth.

Even with little chance of surviving, the Tesla Roadster has made history. His records include being the fourth manned car to reach space, accompanied by the three jeeps from the Apollo missions that remained on the satellite, and the only commercial vehicle to have achieved this feat.

The cultural impact of its launch, to the sound of “Space Oddity”, by David Bowie, is also immense and could be one of the highlights of when, in the near future, we revisit the journey towards Mars. It remains to be seen whether the new Roadster will travel on similar routes.

You can’t go to the newsstand to buy, but you don’t want to miss the exclusive content of Quatro Rodas? Click here and have digital access. 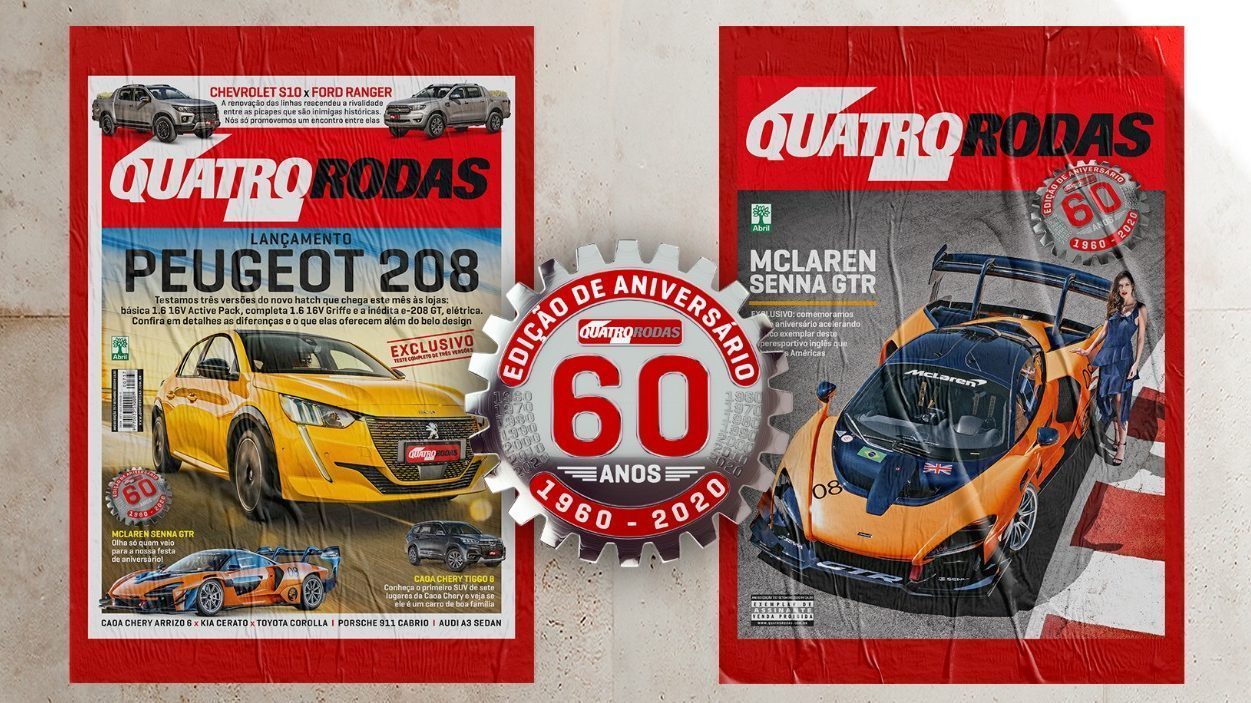 PUBG will run at 60 frames per second on the PS5 and Xbox Series X.

Now Brotherhood of Steel is coming to Fallout 76

Xbox Series X was entitled to a refrigerator version

Jojo Todynho talks about the end of the friendship with Victoria

Will start a number of domestic routes – E24

SoftOx has received positive results from testing on animals – warns...

importing marijuana seeds in small quantities is not a crime, decides...