The version of The Outer Worlds to Nintendo Switch receive an update that promises to improve the visual, a performance and the experience of the game as a whole.

Launched in June, eight months after versions of the other platforms, the port for the Nintendo console was criticized by many bugs, frame rate drops e erased textures. The publisher Private Division announced 20 days after a patch to correct these problems was in development.

The Board is excited to announce that employees on the Nintendo Switch platform can expect to see a patch reach their device on Oct 21st!

We are also recruiting new employees to join us on the Halcyon Colony, so get ready to take advantage of a sale on the Switch on Oct 22nd! pic.twitter.com/1efUFBNWsv

After all these months, it was informed that the update arrives on October 21st and that “soon” it will be detailed. The Private Division also said that on the 22nd the game will go on sale.

The Outer Wilds was developed by Obsidian for the PC, PS4 and Xbox One, but the port of the Switch was in charge of the Singaporean studio Virtuous. 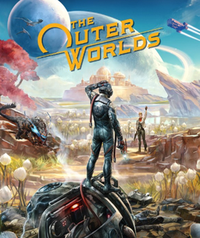 Like a thrilling Dragon trailer shows the Dragon Kart minigame

Trump wanted to get out of the hospital, tear up his...

‘It became difficult to love my father after being diagnosed with...

Apple vs. Epic Games: End of the “epic” battle between...

Trump says he feels better and that “real test” will be...