ECDC gathers on this website the latest data from all European countries regarding the evolution of the pandemic.

The last update is on October 22nd and takes an x-ray of the reality of the last 14 days.

The Czech Republic is currently the European country with the most charged red in relation to the number of new cases, with more than 1000 (1066.3) situations confirmed per 100 thousand inhabitants.


Portugal, according to these data from ECDC, will walk with 243.4 new cases per 100 thousand inhabitants.

In this case, Portugal has 1.8 deaths per 100 thousand inhabitants.

Another way to see the situation of Covid-19 in Europe is through the following map that ECDC makes available on the same page.

Not only does it provide a broad view of the situation in all countries in relation to the number of new cases per 100,000 inhabitants, it also allows us to realize that, even within a country, the problem is not uniform.

For example, in relation to Portugal, it is easy to see, as has been revealed by the Portuguese authorities, that the north is experiencing a more acute situation at this time. And that it is in the Alentejo and in the south of the country that Portugal has fewer cases per 100 thousand inhabitants. 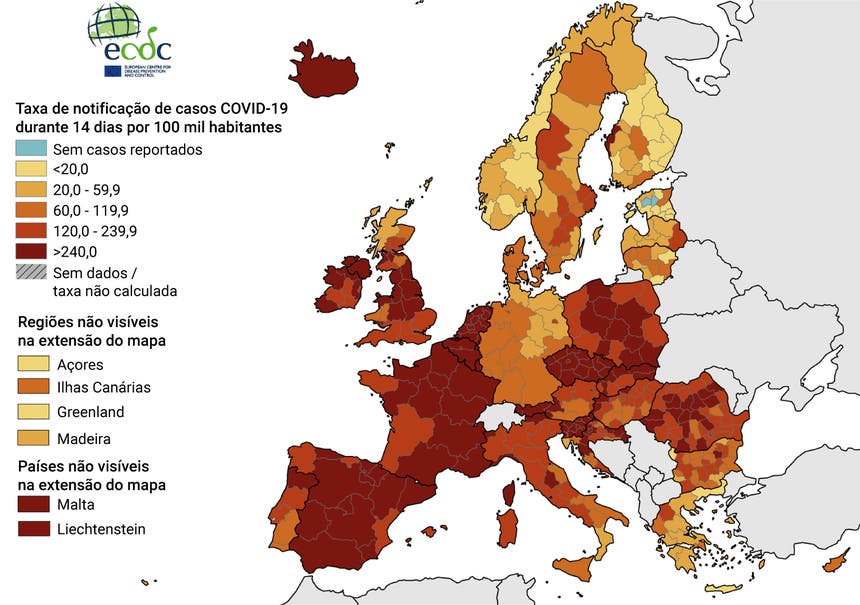 Through another chart, the EDCD provides a very clear reading on the evolution of the pandemic in Europe over time. With the following graph, we have a visualization of what has been talked about in the last few days. The first where from Covid, which passed, and the second that is underway. More pronounced and still with no sign that the peak, that is, the worst, has passed. The graph shows the distribution of laboratory confirmed cases in Europe until 22 October. 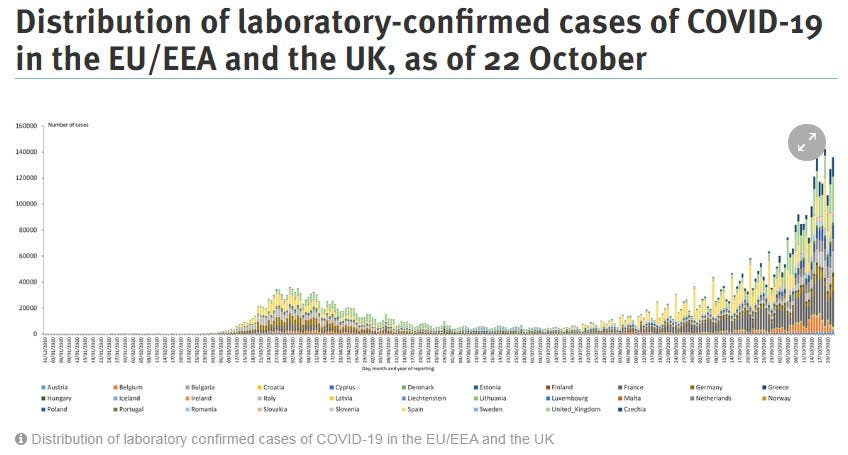 A BOLA – Aimed at Benfica, Todibo wants to leave Barcelona...

Tereza Cristina says on Twitter that test result for covid-19 was...

Research reveals the ‘worst’ passwords of 2020; see which words...

Vaccination Campaign against Polio is extended in Cajati

Covid-19 transmission rate in BH rises and returns to alert