After contradicting information about his health, Donald Trump published a video on Saturday in the hospital in which he states that is “much better”, but that the “real test” will be in the next few days, while his doctor announced that he “is doing well” for Covid-19 but “is still not out of danger”.

“I arrived here and I was not feeling very well. I feel much better now,” Trump said at the Walter Reed military hospital in Washington in a video posted on Twitter.

“We are working hard so that I can come back (…) I think I will come back soon and I want to end the campaign the way I started,” he added, with a relaxed face, wearing an open collar shirt and a blue jacket.

Shortly thereafter, the White House doctor, Sean Conley, said to the president that “President Trump continues to evolve well, with substantial progress since diagnosis.” “Despite not being out of danger yet, the team remains cautiously optimistic,” he added.

In the video, Trump acknowledged the uncertainty about the course of the disease. “I’m starting to feel good. I won’t know until the next few days, I think this is the real test, so we’ll see what happens in the next few days,” he said, before saying that his wife Melania, who also tested positive for the disease, has milder symptoms than him.

“Melania is really managing a lot. As you probably read she is a little younger than me, just a little bit,” joked the 74-year-old president about the 50-year-old first lady.

Trump’s relatively optimistic picture was announced after White House chief of staff Mark Meadows released a much more alarming assessment. “The president’s vital signs in the past 24 hours have been very worrying and the next 48 hours will be critical. We have not yet taken a clear path to recovery,” Meadows said Saturday morning.

“Yesterday (Friday) morning we were really concerned,” Meadows told Fox News. “I had a fever and the blood oxygen dropped quickly.” “But it was never considered a risk of transition from power,” he added.

On Saturday morning, in a first bulletin, Conley indicated that the president had no fever for 24 hours and that cough, nasal congestion and fatigue were decreasing and improving. Another doctor, Sean Dooley, said the president’s cardiac, renal and liver functions were “normal”.

Conley added to the confusion by suggesting that Trump had been diagnosed on Wednesday, not Thursday as the president’s official Twitter account revealed, but later claimed he made a mistake.

Shortly after Trump arrived at the hospital, Conley said in a statement that the president was receiving the antiviral remdesivir and an eight-gram dose of an experimental antibody cocktail.

Doctors and the White House did not explain why the president was taking drugs of unproven effectiveness if his condition was satisfactory. Trump’s optimism about his recovery prospects was tempered by the news that several people in his neighborhood tested positive for Covid-19.

His campaign advisor Chris Christie and several senators are on a growing list of people close to the president who were infected when he attended an event at the White House last weekend.

A third Republican senator, Ron Johnson of Wisconsin, announced on Saturday that he was also diagnosed with the new coronavirus.

Public health experts expressed concern about a possible outbreak related to the September 26 event that marked the announcement of the conservative judge Amy Coney Barrett’s appointment to the Supreme Court.

“They were based too much on diagnostic tests. We know that these tests have a very high rate of false negatives,” said Ali Nouri, president of the Federation of American Scientists.

“Simply relying on these diagnoses to determine who can enter and leave the White House and not adopt other protections, such as social detachment and masks, created a false sense of comfort in the White House,” he added.

Trump, who is at a disadvantage in polls over 77-year-old Democratic rival Joe Biden, was forced to suspend and rethink the final stretch of the campaign for the November 3 election.

Among the uncertainties are two debates between the candidates and whether Trump should temporarily give power to Vice President Mike Pence in the event of a worsening of his state.

Biden, who faced Trump in a 90-minute debate on Tuesday, announced that the Covid-19 test he was subjected to on Friday was negative and will take another exam this Sunday.

During the debate, in which Trump mocked Biden for wearing a mask and taking precautions against the coronavirus, the Democrat recalled that he often called for a serious approach by the White House to the health crisis, which caused more than 208,000 deaths in the United States.

Covid-19. See here (all) the measures in force at Christmas and New Year

Coronavirus impacts holidays in the country; see actions of states – 05/12/2020 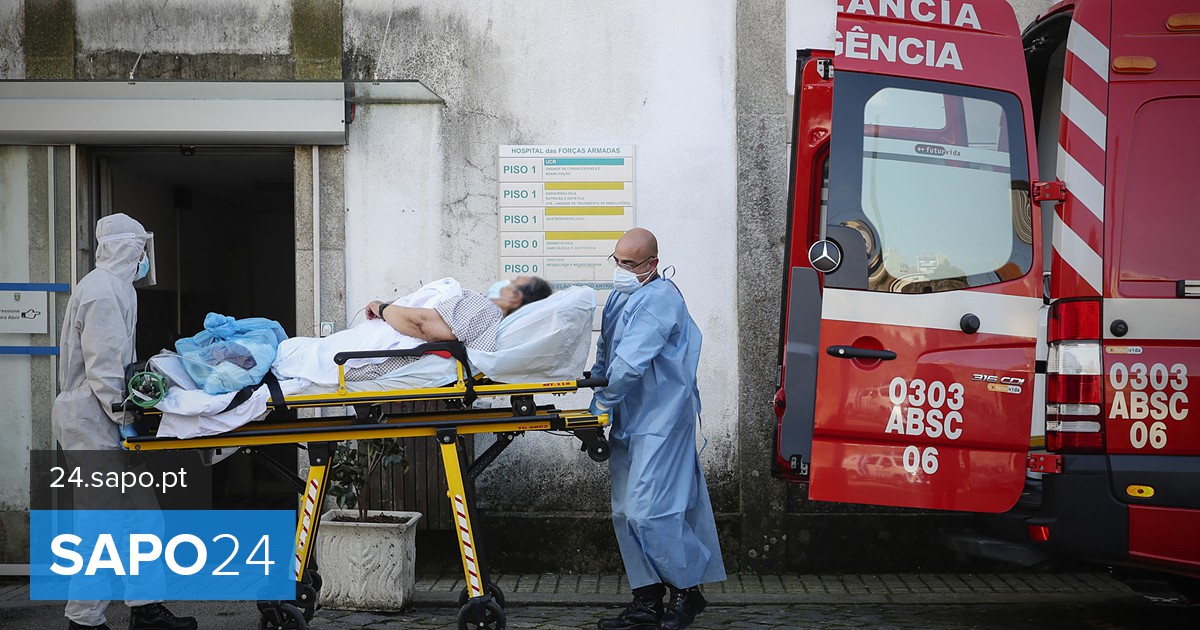 Cured of Covid-19, Jemerson has a date to return to training and may debut for Corinthians | corinthians Floods leave dozens of people missing in Italy and France |...

– My name is Elliot. Ellen Page emerges as a...

After break with church, Andressa Urach bets on vlogs and shows...