The day when the winner of the American elections will be announced, however, is still uncertain. Unlike 2016, when Trump was confirmed victorious in the morning after polling day, the counting of votes this year is expected to take longer because of the voters who mailed the ballots.

With the pandemic, millions of voters voted by mail – in numbers never seen in previous American elections.

Why can postal votes delay the counting?

Boxes with millions of votes sent by mail in California for the U.S. presidential election, in a photo of October 5 – Photo: Mike Blake / Reuters

Because some states only begin to count the votes that arrive by mail after the polls close. How is it necessary validate the authenticity of the ballot and in 2020, there was an increase in this type of voting, the delay is already predicted for most American election analysts.

And this can be especially sensitive given that two of the states considered battlegrounds in the race for the 270 delegates at the Electoral College only begin to count votes by mail after polling day: Pennsylvania e Wisconsin.

Person puts letter in box of the US Postal Service in Philadelphia, this Friday (14) – Photo: Rachel Wisniewski / Reuters

In these two states, Trump defeated Hillary Clinton in 2016 and ended years of democratic hegemony. There is an expectation as to whether Biden will reverse this Republican victory or whether the current president will retain his much-needed constituency to remain in the White House.

As more Democratic voters asked to vote by mail, the quicker time to count the ballots deposited on the 3rd – the date set for the election – could make it appear that Trump is ahead in these two states on voting night. Until the result is confirmed, however, it should take longer.

Find out more in the VIDEO below

Is there a forecast of how long this will last?

No, and the time until the winner is declared will also depend on the margin of victory. An overwhelming achievement in the states can make one side concede defeat on the first day of counting.

However, if the race is tighter, even involving a recount of votes in certain states, the counting can take weeks, including with the intervention of the Supreme Court.

That was what happened in 2000, when a situation of almost a tie between George W. Bush and Al Gore in Florida – a state that would define who would win that election – generated a much longer than normal delay until the Republican, finally, was declared the winner.

When will the electoral college vote? Can there be changes?

The delegates of each federative unit that make up the Electoral College must meet in December 14 to make the winner’s name official. In theory, the decision on the new president occurs on that day, but in practice the event serves only as a formality: votes have already been cast in the November elections, and few states allow a delegate not to follow the decision of state voters. 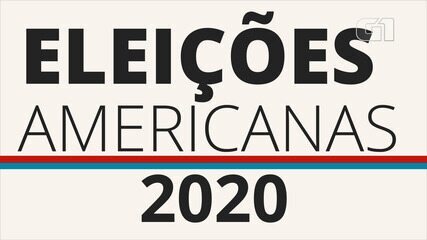 How the Presidential Election Works in the United States

In 2016, politicians who were not candidates, like Republican John Kasich and Democrat Colin Powell, received votes. This is usually done as a protest in an election already decided by a wide margin – Trump’s case in 2016, victorious with 304 votes at the Electoral College.

Autistic 9-year-old girl is handcuffed by police during crisis

Will give 7.3 billion extra to the municipalities – VG

Difficult to stand out as gay – VG

Woman had her neck cut in a church attack

platform that links companies to freelancers gives “prize” to the national...

Disc Room already has a date to reach Nintendo Switch and...

How is the pandemic going where I am going? Google...

Carola in a word war with her ex – VG

FM21 has already been announced! What to expect from the...