The smart speaker segment shows incredible growth, closely following the evolution of the concept Smart Home and all the new gadgets that complement it. Nowadays, it is possible to control practically everything that goes on in our house with a simple voice command, the smart speakers being a real brain that controls all actions.

Among offers from Amazon (with Alexa) and Google (with Google Assistant), there are also several other companies that have already launched several columns that are compatible with these virtual assistants. However, none of them seem to be able to offer the same price / quality ratio that Xiaomi achieves with the Xiaomi Mi Smart Speaker.

Considering the dimensions and hardware present in Xiaomi’s smart speaker, the big difference in price from its rivals is evident. For example, considering its dimensions and compatibility with Google Assistant, currently in major retail stores in Portugal you have offers like Google Home (€ 149.99), SONOS One (€ 199.99), POLK Assist (€ 199) , 99) and Marshall Stanmore II (€ 399.99).

If the price of the Xiaomi Mi Smart Speaker in Portugal is confirmed, the differences are striking. The offer with the closest price would be the Google Home Mini which costs around € 40, but is guaranteed to offer a lower impact performance. 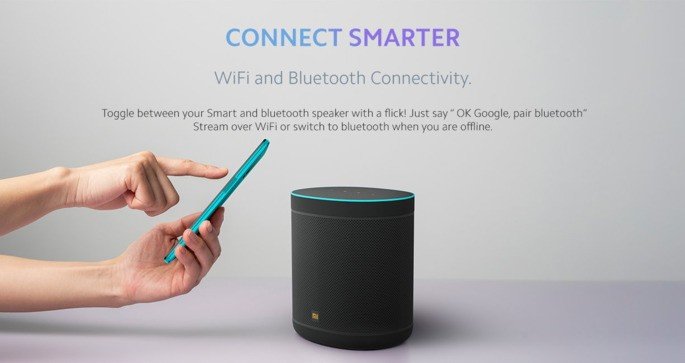 The Xiaomi Mi Smart Speaker arrives with a 2.5 “unit with 12W of power, tactile buttons similar to those found on Google Home and Amazon Echo. The speaker is compatible with Wi-Fi 2.4GHz, 5GHz and Bluetooth 4.2. With a such an attractive price, it is also important to highlight the support for “stereo” mode, being possible to pair two units.

Like most of its rivals, it does not come with an integrated battery, and it is necessary to be constantly connected to the power.

Unfortunately, there is still no possible launch date for the Xiaomi Mi Smart Speaker in Portugal, but the possibility remains that it will happen very soon.

Learn how to follow the meteor shower this morning – News

Huawei’s end is a bomb in the smartphone market!

What is ricin, a lethal substance found in a letter to...

Leonardo’s children are reunited: “how homesick”