Gabriel Nagy (46) is out to do some errands. He is nearing the end of his shopping list when he calls his wife Pamela. The father of two warns that he will be home soon, and wonders if she can arrange a good lunch.

Pamela is sitting at home. She looks impatiently at the clock. The lunch on the dining table has become cold.

It will be 23 years before the family gets an answer as to why Gabriel disappeared without a trace after the shopping trip.

Gabriel Nagy was born in Germany, but moved as a young boy to the cosmopolitan city of Sydney in Australia, where the family established itself.

Gabriel often takes care of his sick mother, as his father works long working days. As the years go by, he meets Pamela, and together they start their own, small family. He decides to be more present than his own father was.

Together they have a son Stephen and a daughter Jennifer.

Gabriel supports the family through his job as a shop fitter. He dreams of a new career path, and takes studies alongside his full-time job and the role of father of two. He wants to become an accountant.

The calendar shows January 21, 1987. Gabriel is in town to do some errands. The clock is approaching lunchtime, and he finds a phone and dials his wife Pamela’s number. They agree to eat together, and Gabriel gets in the car to drive home to the family.

Pamela is ready with the food. The hours go by, but Gabriel’s car never shows up in the driveway. She begins to worry. Could something have happened to her husband?

She dials the number to the police. Gabriel would never go anywhere without saying so.

The next day, the family’s car is found at the edge of the ditch. It is almost unrecognizable and it is clear that the car has been on fire.

The police are without clues, and the only thing the family can do is hang up missing posters and hope for a quick solution.

It will take a full two weeks before the police find traces of the family father. In a bank in the coastal city of Newcastle, about 170 kilometers north of the city of Sydney, someone has withdrawn money from Gabriel’s bank account.

Hope is kindled in the family, but as time goes on, the little flash of light they cling to goes out.

There are no more signs of life from Gabriel. He is like sunk into the ground. At home, his wife Pamela, Jennifer (9) and Stephen (11) are in mourning. At the police station, investigator Georgia Robinson tears his hair out.

Weeks, months and years go by. For nine-year-old Jennifer, it’s hard to get up in the morning. Gabriel’s father was her whole world.

“It was very traumatic for all of us. It affected me emotionally. People still asked where my father was. It became too much, it was painful. No one could answer why a loving and beloved father suddenly disappeared “, Jennifer told The Courier Mail in 2012.

The family of three moves from Sydney and settles in Queensland. They leave the old telephone number in the telephone directory – in case Gabriel should one day find it too good to call.

23 years have passed. The year is 2010, and in just a few weeks Gabriel will be officially declared dead. The children, who in 1987 were nine and eleven years old, respectively, have now become adults.

Investigator Georgia Robinson has been working on the case for the past ten years. Gabriel’s official death is approaching, and she decides to try to unravel the disappearance once again.

She searches Australia’s public records, and suddenly the name that has haunted Robinson for many, many years lights up on the screen in front of her.

A person named Gabriel Nagy has recently undergone an eye operation at a hospital in the city of Mackay, 173 miles from Sydney. The police investigator dials the telephone number provided, and a man answers at the other end.

He says he goes by the name Ron Saunders. The name he adopted when he was on Saunders Beach, north of Mackay in Queensland.

“I’ve lived under a pseudonym for a long time, but I’ve had vague memories of my real name lately. Things have slowly but surely returned. “

Lived on the street

We go back to January 21, 1987. The father of two is in town and doing errands. He is nearing the end of his shopping list when he calls his wife Pamela. Gabriel asks if she can arrange lunch until he returns.

On the way home, the car he is sitting in crashes. Miraculously, he gets away from the burning wreck and gets away.

He has suffered a severe memory loss. Gabriel’s first memories after the accident are in Newcastle, when he understands that he is bleeding heavily from his head. How he got there is not known.

The only thing that is certain is that all his previous years of life are no longer in the memory.

Even in the time after the accident, he struggles with memory, but Gabriel remembers working on a farm in Rockhampton. He has at times been without a roof over his head, slept along the street and on the beach – and been a crew on fishing boats.

In the town of Mackay, he meets Pastor Barry Hayhoe, who decides to help the former father of the family. He offers Gabriel a roof over his head and a job as a caretaker in the Rivers of Life ward. The pastor also helps Gabriel get a medicine card in his “old” name, when he needed eye surgery.

This is how Gabriel Nagy was found in the public register.

Investigator Robinson calls the number listed and gets in touch with Gabriel. She informs the Nagy family that Gabriel is alive.

Robinson flies to Mackay and finally gets to see the man she has been hunting for the last decade.

“The first thing she says is: You did not kill anyone, and you are not wanted by the police. You are a missing person, and it is not a crime “, Gabriel later explained.

Tortured and killed 16-year-old: – Get me out of this hell, then I will tell everything I know

Robinson asks him questions and shows pictures of the family. Gabriel has since said that it was like in a cartoon, where light bulbs suddenly appear over people’s heads.

“She brought with her a letter from Jennifer, one from Pam and one from my father and his wife.”

That night Gabriel sits down and writes the longest letter he has ever written. Through seven and a half pages, he writes down what he can remember from the last 23 years.

Three days later, Gabriel’s cell phone rings. It is a text message from her daughter Jenny, who is now 32 years old.

The display for him says “Hello, Dad.” Gabriel begins to cry. Furthermore, the daughter has written that she has read the letter, and that she still loves him. That same evening, Pamela calls, and according to Gabriel, they talk until the cell phone is drained of power.

Two weeks later, Gabriel is waiting anxiously in the welcome hall at Mackay Airport. In his hand he holds a large bouquet of flowers. He sees his daughter Jennifer, whom he has not seen since she was nine years old.

“It felt like everything was going in slow motion. We ran towards each other at the airport with open arms “, says Jennifer.

To the Australian newspaper The Courier Mail, she told in 2012 that she wanted to come forward with the story to give hope to others who miss a family member.

Jennifer thinks her father developed Dissociative Fugue, in Norwegian called dissociative «fugue». According to Store medisinske leksikon, this is a mental disorder and a “foggy state” where people perform seemingly normal, sensible actions, but since can not remember any of what has happened.

Gabriel lived in the town of Mackay, but has kept in touch with his old family.

*The article has been translated based on the content of Source link by https://www.tv2.no/a/11784137/
. If there is any problem regarding the content, copyright, please leave a report below the article. We will try to process as quickly as possible to protect the rights of the author. Thank you very much! 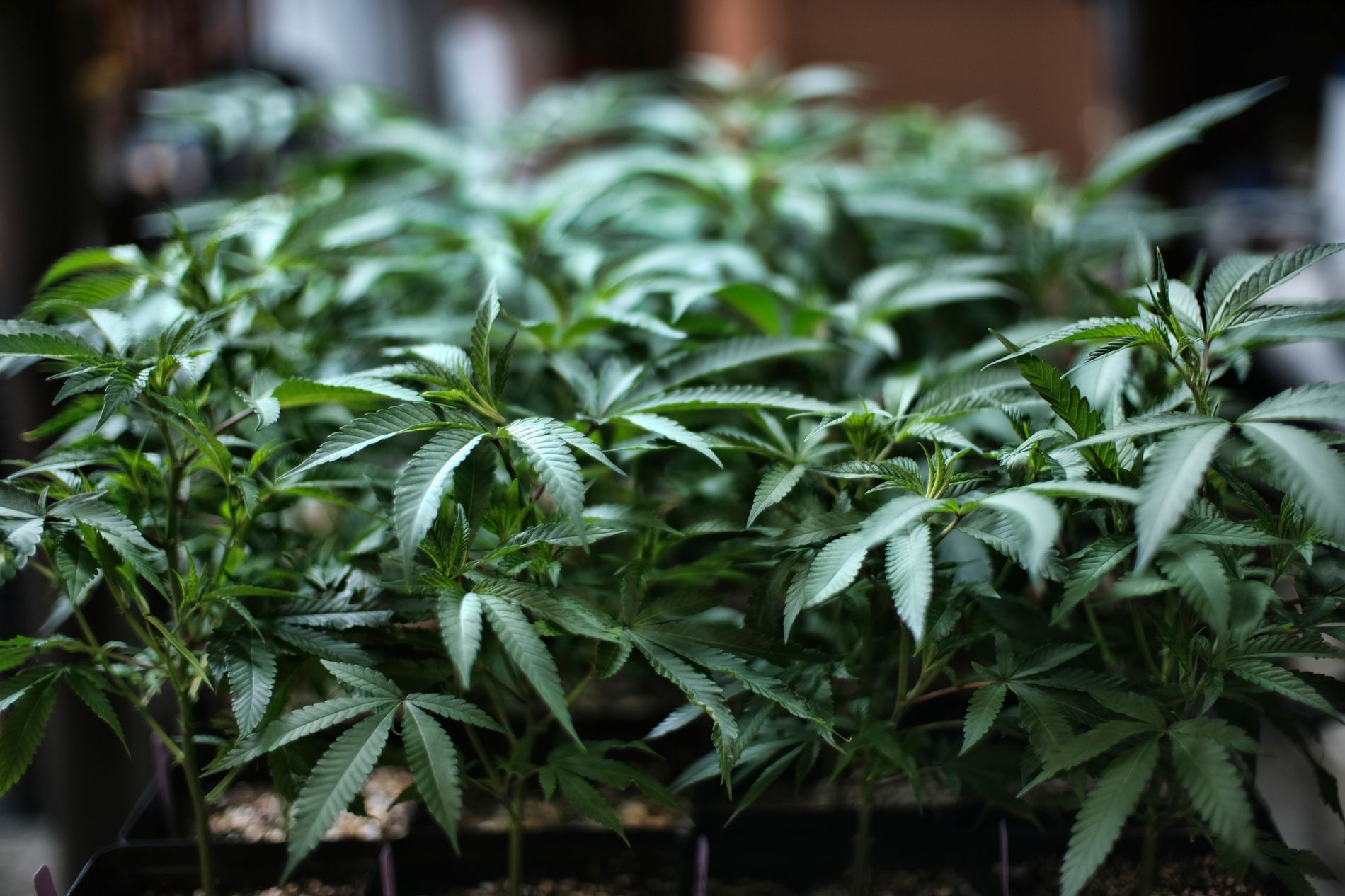 Estonia’s interior minister is asking gays to go to Sweden

Councilman Zico Bacana is shot in the North Zone of Rio...

Kyle Kuzma comments on his future with the Lakers

Businessmen have ‘forgotten’ Trump and look to the future with Biden

Becomes champion of the ATP Finals and doesn’t even celebrate: why...

Gal Gadot will be Cleopatra: it angered Africans, whites and Jews