Bahia has received the status of Free Foot and Mouth Disease Zone, granted by the World Organization for Animal Health (OIE), for the last 23 years consecutively. Therefore, to continue with the positive results, the 2nd stage of vaccination against the disease takes place in 2020, aimed at cattle and buffaloes up to two years old. In addition to vaccinating, the producer must declare the entire herd to the ADAB (Bahia Agricultural Defense Agency). The producer can carry out the process via the internet on the website (www.adab.ba.gov.br) or in agricultural products resale stores and rural unions, in order to avoid agglomeration and speed up the declaration of the vaccine.

The goal is to vaccinate almost 3.3 million animals in Bahia, at this stage against FMD. In addition to declaring animals up to two years old, the producer will have to declare the remaining age groups and update the registration data. The second stage, on the other hand, is responsible for treating younger animals, in which some have not yet received any dose of vaccine and have an immune system in formation and, therefore, more vulnerable to the disease.

Farmers who do not vaccinate the herd during the campaign period and do not make the declaration will be prevented from selling or transporting the herd. Therefore, the guideline is not to leave it until the last minute, avoiding missed deadlines. It is worth emphasizing to producers the need for the vaccine against Brucellosis, which is also mandatory.

“We ask producers for their attention so that we can comply with the official calendar of the Ministry of Agriculture. If we obtain high vaccination rates in this stage, together with the two stages of next year, we will receive the seal and we will be able to definitively withdraw vaccination against Foot-and-Mouth Disease in the State of Bahia, which would be a milestone for the productive sector ”, said coordinator of Adab’s National Foot-and-Mouth Disease Surveillance Program, Jose Neder, adding that although the disease has been eradicated in Bahia, vaccination is still maintained.

Foot-and-mouth disease is a highly contagious viral disease that affects split-hoofed animals such as oxen, buffaloes, goats, sheep and pigs. It can be transmitted mainly by the contact of healthy animals with sick animals. The virus can be carried by water, air, food, birds and people who come into contact with sick animals.

The disease causes severe health and commercial restrictions to the state and country, devaluation in the price of at-sign, unemployment in the slaughterhouse sector and can cause commercial embargoes to other products, such as soybean meal, fruits and exports of chicken and pork meat, in addition to of great social and economic impact.

Vaccination against Foot-and-Mouth Disease gains special attention from ADAB in territories that did not reach a high in the vaccination index during the first stage of the Campaign, in May and June (two months exceptionally due to the logistical difficulties due to the pandemic).

“Assisted vaccination, that is, with the presence of ADAB veterinarians and agricultural technicians in properties and orientation visits, will happen at this stage,” said the director of Animal Health Defense, Carlos Augusto Spínola.

“The recommended distance between workers, ADAB employees and producers in the pens during the vaccination act must be two meters”, recalled the agency’s director-general, Maurício Bacelar.

The 2020 Vaccination Stage reached 93.65% of immunization of the herd of all age groups, that is, about 10 million animals in 240 thousand properties were immunized.

“However, the importance of this second stage is fundamental to guarantee our journey so that in 2022 we can become a disease-free territory without vaccination, which will enable greater acceptance of our animals and products in the most demanding international markets”, concluded Maurício .

*The article has been translated based on the content of Source link by https://www.atarde.uol.com.br/bahia/noticias/2147379-bahia-chega-na-reta-final-da-iia-etapa-de-vacinacao-contra-febre-aftosa
. If there is any problem regarding the content, copyright, please leave a report below the article. We will try to process as quickly as possible to protect the rights of the author. Thank you very much!

Ask your questions about the vaccine against COVID-19 – General

With HIV for 16 years, activist talks about fighting after contracting covid

‘I leave it to those who can live longer’ 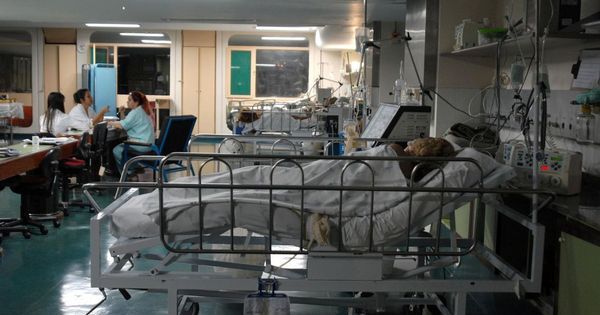 Covid: 80% of intubates died in the country, says study – News

‘He told me it’s Mirella’

The Great Circus is already arriving in the Algarve – ECO

Seniors cannot be “sentenced to life in prison” due to new...

prison and socio-educational systems have 60,000 cases

Alberto disappears with his children and makes Esther desperate: ‘I don’t...

Discount on car purchases for people with disabilities is extended –...