Between 16 and 21 December, a large part of Earth’s inhabitants will be able to observe a phenomenon that has not occurred at least since 1623 – or, according to some astronomers, since the 13th century: what is known as the “great conjunction” of Jupiter and Saturn.

During these days, and especially at night, the two planets will be aligned in such a way that they will appear to form a “double” planet.

“After months of slow approach, on December 21, which coincides with the winter solstice, Jupiter and Saturn will come together in a spectacular grand conjunction,” Hernando Guarín, professor of Astronomy at the Universidad del Valle, in Colombia, and director of the Colombian Astronomy Network.

For Guarín, the night of December 21 will be an early “Christmas gift” for astronomy fans.

“It is something special, because Jupiter and Saturn are considered the ‘kings of observation’, and the fact that they are together is not something that normally occurs,” he says.

According to Guarín, this alignment and the possibility of seeing it from Earth are exceptional due to the movement of the three planets.

“The Earth takes a year to go around the Sun; Jupiter takes 12 years and Saturn, 30 years,” he explains. “This makes it difficult for the phenomenon to happen regularly.”

Although the alignment occurs approximately every two decades, this year’s phenomenon has specific characteristics that have been unprecedented for many hundreds of years.

“This conjunction will be exceptionally rare due to how close the planets are to each other,” explains Patrick Hartigan, an astronomer at Rice University (USA).

A conjunction with the nearby planets occurred on July 16, 1623, but Hartigan thinks that what will happen in December can only be paralleled by an even older phenomenon.

“It would be necessary to go back until before dawn on March 4, 1226 to see a closer alignment between these planets (in a way) visible in the night sky,” he says.

Last December 21, “those who prefer to wait and see Jupiter and Saturn so close and higher in the night sky will have to wait until March 15, 2080. After that, the pair will not make a similar appearance until after 2400,” he says .

For Guarín, there is another point to be taken into account.

“We can see how the planets are getting closer to each other. That is, it is a show that we can follow from now until December 21, when unfortunately they will separate again”.

The relevance is from the scientific point of view, but also “for people who want to look at the sky again”, says Guarín.

The brightness of both planets in December will make this observation even simpler: according to the researcher, it will be possible to see the phenomenon with the naked eye, especially from points close to the Equator, although the view through a telescope or observatory is very best.

But to be able to see the conjunction “it is essential to have a good horizon, totally clean, without clouds, mountains or buildings”.

At the same time, Peter Lawrence, editorial advisor to the BBC’s Sky at Night magazine, points out that care must be taken when observing such phenomena with binoculars.

“Binoculars can separate the planets due to the optical effect, so it is better to use a telescope,” says the astronomer. “With a telescope you will not only see a double disk (from the aligned planets), but you will also be able to appreciate Saturn’s rings and Jupiter’s belts.”

*The article has been translated based on the content of Source link by https://www.correiobraziliense.com.br/mundo/2020/11/4891617-jupiter-e-saturno-se-alinharao-de-modo-nao-repetido-desde-a-idade-media.html
. If there is any problem regarding the content, copyright, please leave a report below the article. We will try to process as quickly as possible to protect the rights of the author. Thank you very much!

Samsung goes after the car market with great news!

Windows 10 alert: you can lose everything in less than 1 minute!

4 Extensions for Google Chrome that must have installed

15 paid Android apps, now free on the Play Store (for a limited time)

Companies can now request access to the simplified lay-off

Worried about privacy on WhatsApp? Here are three alternatives | Technology

Not even 9,000 companies got extra job support last month

‘We will not buy the vaccine from China’, says Bolsonaro on...

Michael B. Jordan Named the Sexiest Man in the World of...

ATTENTION: learn how to avoid scams in the PIX registration |...

Petrobras estimates the cost of decommissioning platforms by US $ 6... 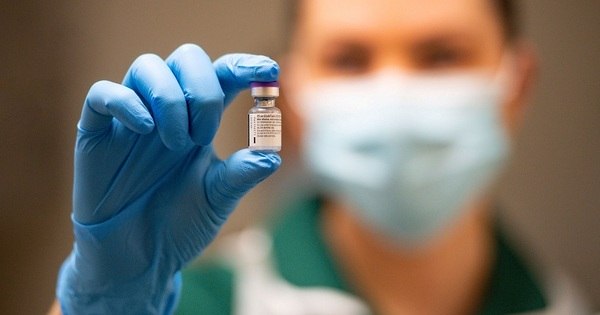 Pedro Bial talks about fatherhood at 62: ‘The greatest show on...