2021 will be a very busy year for Fiat-Chrysler, especially for the Jeep brand. Both Compass and Renegade will get the 1.3 turbo engine, and there will still be a renewal for the average SUV. In the second half, the manufacturer specializing in SUVs will launch its third national model, a 7-seater SUV that, according to the Autocar India website, will have a more powerful version of the well-known 2.0 more powerful turbodiesel engine of the smaller brothers.

According to Autocar India, the engine will be the same 2.0 Multijet turbo used by Compass and Renegade, but will have modifications so that the power jumps from the current 170 hp to around 200 hp. We still don’t know if the torque will also rise, currently at 35.7 kgfm. The transmission should proceed as the 9-speed automatic. This would help the 7-seater Jeep to further differentiate itself from the Compass, as well as give extra strength to move the larger (and heavier) SUV.

A tip may be in the version of this engine that General Motors uses. The Multijet is made by VM Motori, which was from GM and is now from Fiat-Chrysler, with the two sharing the use of the JTD family propellers. Some Opel and Vauxhall models that have not yet been updated by PSA since the purchase of the brands still use this 2.0 turbo, in this case with 195 hp.

In addition to the more powerful 2.0 turbodiesel engine, Fiat-Chrysler itself already says that it will only sell the new Jeep with turbo engines. In other words, the new 1.3 four-cylinder turboflex will also be produced in Betim (MG). This engine will also be on Renegade and Compass and, according to the brand, will deliver around 180 hp in the average SUV, power that we can expect for the 7-seater model. The transmission must be of the CVT type, instead of the automated double clutch used in Europe.

This model is already seen in tests by Brazil and Europe, still in the form of a “mule”, that is, using parts and plates from other cars – so it looks a lot like Compass. Brand executives say that it will not be a mere extended Compass and that it will have its own identity, with a different design and another name. Sure, it will have some points in common because of the platform, but that doesn’t mean it’s the same car. An example is that the new Strada has some elements from Mobi and Argo. The Small Wide 4×4 architecture will not be exactly the same, adopting “a solution from Europe”.

Jeep is betting heavily on this model, stating that it will be “the most technological SUV produced in Latin America”. Wait for all the equipment seen in the Compass, including those that will make their debut in the renovation of the medium SUV, such as the new multimedia center and the fully digital instrument panel. By positioning the utility, it will have a more sophisticated internal finish.

The manufacturer has already confirmed that its debut will take place in the second half of 2021. Before that, the brand will focus efforts on restyling the Compass, expected for the first half of next year, and on the launch of the Renegade with the 1.3 turbo (which does not will replace 1.8 E.torQ). In addition, Fiat-Chrysler is preparing to launch the first Fiat SUV, based on the Argo, also promised for 2021.

*The article has been translated based on the content of Source link by https://motor1.uol.com.br/news/457429/jeep-7lugares-motor-turbodiesel-mais-potente/
. If there is any problem regarding the content, copyright, please leave a report below the article. We will try to process as quickly as possible to protect the rights of the author. Thank you very much!

The best-selling cars in the fortnight of January 2021

Ford’s wrong decisions are centuries old, just like its presence in Brazil 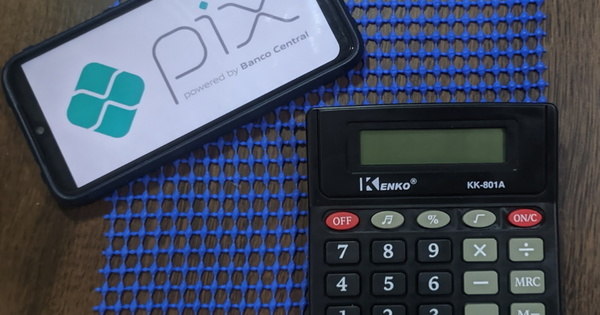 Is there a limit on the amount to transfer via Pix? – Prism

Health mobilizes population for the State Week to combat Aedes

Requirements for vaccination plan against covid-19

Ronaldo doubles (one of them a great goal) and saves Juventus...