After Luiz Henrique Mandetta and Nelson Teich, President Jair Bolsonaro decided to put a general in front of the Ministry of Health. In addition to subservience, an attribute desired by Bolsonaro, Eduardo Pazuello’s only quality to occupy the portfolio would be his knowledge of logistics, acquired in the Army.

Since then, Brazil has perplexed witnessed a festival of barbarities. Such as the indication of drugs not scientifically proven against covid-19, the attempt to hide the statistics of the pandemic, the lack of engagement in the campaign for social isolation, the back and forth of the ministry’s agreement on CoronaVac and things like that. type.

Meanwhile, the coronavirus has advanced and we have reached 160,000 deaths from the disease, with 6 million cases.

One of these barber shops was the lack of tests. Among the countries most affected in the pandemic, Brazil is one of those that least test its citizens, making diagnosis and epidemiological planning difficult.

Today, thanks to the article by journalist Mateus Vargas, from the newspaper Estado de S. Paulo, we all learn that 6.86 million tests for the diagnosis of coronaviruses purchased by the Ministry of Health are still stored in a federal government warehouse in Guarulhos. , and will expire between December and January.

Pazuello, the general who would be an expert in logistics, is about to throw R $ 290 million in the trash, which is the cost of these tests that can be wasted.

The loss is even worse. After all, many Brazilians have suffered and suffer without diagnosis in the midst of the greatest pandemic in human history, while the government keeps tests kept in a shed.

The ministry tries to defend itself, arguing that there were no requests from governors and mayors, so the items were not distributed.

States and municipalities, on the other hand, say that the material purchased from the Union arrived incomplete – they were sent with few reagents, for example – and that is why there were no new orders.

Whatever the reason, solving the problem is a task for the logistics genius at the head of the Ministry of Health. Perhaps the general does not know, but in government, logistics is not just about taking inputs from one place to another, but also untie political and administrative nodes.

So far, reports the article, SUS has applied testing 5 million times. That is, the number of stranded tests is greater than that used.

The verification of this absurdity in the administration of the pandemic happens in the middle of an exponential increase of cases of covid-19 in the whole country. Meanwhile, President Bolsonaro, his Health Minister and the military that supports them act as if the government’s strategy is a real success.

The judgment of history on this state of affairs will arrive one day, but, unfortunately, for many Brazilians it will no longer help.

*The article has been translated based on the content of Source link by https://noticias.uol.com.br/colunas/chico-alves/2020/11/22/pazuello-e-bolsonaro-prestes-a-desperdicar-68-milhoes-de-testes-de-covid.htm
. If there is any problem regarding the content, copyright, please leave a report below the article. We will try to process as quickly as possible to protect the rights of the author. Thank you very much!

Radio Portalegre – Covid-19: Portalegre district with another death associated with the new coronavirus in the last 24 hours 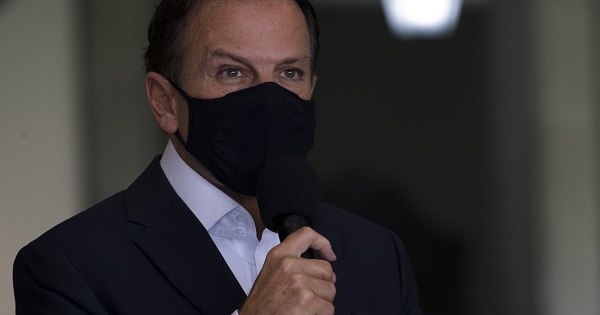 Students who were in preventive isolation tested positive for Covid-19 – DNOTICIAS.PT Covid-19: the three steps of the revolutionary method for creating RNA vaccines | Vaccine

Covid-19: SP to tighten quarantine after discharge of cases

UK is at a “critical point” in the coronavirus pandemic, government...

Microsoft reports back on Hacker attacks on vaccine research centers

Do you know what the plateau effect is? Check explanation...

CNN: Trump employees extend a hand to Biden in secret

The five things Biden has to do to ‘repair’ Trump’s damage...