Used in the animal skin industry, minks are becoming a growing concern in Europe for their role in transmitting the coronavirus.

So far, six countries have reported outbreaks of coronaviruses in breeding these mammals: Holland, Denmark, Spain, Sweden, Italy and the United States.

There are also indications that the virus may be migrating from these animals to humans – a variant of the virus, altered by mutations and detected in patients in Denmark, was previously found in mink in the Netherlands.

So says Professor Wim van der Poel, a veterinary researcher at Wageningen University. He claims that genetic data collected in the Netherlands shows a previous case of this mutation in a mink breeding in early May.

“On one occasion, we observed a mutant virus, with a similar mutation (to that detected in Denmark) in the region encoding the spike protein, in mink in the Netherlands. question were slaughtered. ”

During the pandemic, these animals were infected by farm workers and occasionally transmitted the virus to humans. It is normal for viruses to mutate over time, but researchers are particularly concerned when there is transmission between animals and people.

There are already reports of several types of animals infected with the coronavirus, but the mink seems more vulnerable to Sars-CoV-2. Coronavirus can easily spread to livestock where thousands of animals are kept close.

While in places like the United Kingdom the breeding of these animals for the purpose of using their fur is prohibited, or where they are banned, as in France in 2025, there are large producers in Europe. Denmark is the world leader, with China and Hong Kong as main importers. The Netherlands is another major exporter, but plans to extinguish this type of creation in 2021.

After indications that humans contracted the mink coronavirus, the Danish government ordered a widespread slaughter of these animals.

Concern about the future of vaccines

Scientists are concerned about the mutations detected in animals and related to infections in about ten people in Denmark. This is because the changes were found in the protein spike, which the virus uses to “stick” in human cells and is a fundamental target of vaccines under study – these, in view of the mutations, could be more compromised.

However, researchers like Professor James Wood of the University of Cambridge recommend caution.

He says that identifying genetic mutations requires careful evaluation, which, in Denmark’s cases, is “urgently needed”.

Professor Dirk Pfeiffer, of the Royal College of Veterinary Sciences in London, explains that although mutations in viruses occur all the time as they spread, the most important question is whether they take into account changes in virus characteristics.

“At this stage, it seems that there may be problems with the vaccine’s effectiveness, but that is not yet evident,” he says.

Effective surveillance is needed to detect the emergence of new forms of the pathogen early, adds Pfeiffer.

The European Center for Disease Prevention and Control, an agency of the European Union, said it would publish guidance this week on the spread of Sars-CoV-2 in mink breeding.


Second wave of covid-19 in Europe

Intestine stuck? Nutritionist gives that “strength” and teaches how to solve

What is the impact of the new SARS-Cov-2 variant on RT-PCR assays?

Immunity against covid-19 may be greater than six months, says study

Chocolate is good for teeth and health; see when to eat 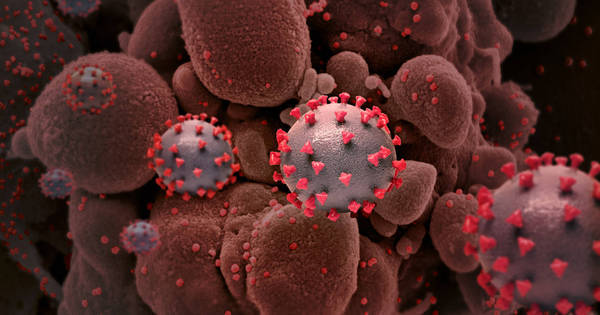 Series to be rebooted with Michael C. Hall

Makeup artist has work materials destroyed by her ex-husband – Behavior

These are Netflix and series premieres on Netflix for November

Saturday was vaccination campaign day for children under 15

Samsung does the same as Xiaomi and attacks Apple and its...