Former Labor leader and former Prime Minister Gro Harlem Brundtland has one piece of advice for the man who has her old job:

Brundtland thinks Støre – who was her boy at the Prime Minister’s office in the nineties – must smile more.

– I have told Jonas that he must smile more. Jonas is a serious person, with a lot of responsibility. But he is charming, Jonas is a bit of a personality, but it does not always come out, Brundtland says to Torp on NRK.

She is a guest on the program tonight, as a mark of the last broadcast in the series.

Brundtland says that she has regular contact with Jonas Gahr Støre.

– Sometimes I send him an SMS. It’s nice to say when he makes a particularly good figure, she says.

According to Brundtland, who also led the World Health Organization (WHO) for several years, it also happens that Støre strikes a chord to discuss politics with her.

– It happens. Not weekly, but monthly, perhaps.

A kick against Sp

Yesterday, the Center Party was for the first time the country’s largest party in an opinion poll.

When Brundtland ruled the country, she went into a bitter EU fight against the then SP leader Anne Enger in 1994.

The Labor Party leader had to give in to the no-queen Anne Enger, and says it is a pity that the Socialist People’s Party under Trygve Slagsvold Vedum has taken the inside turn on Støre and the Labor Party.

– We can hope this is the last time the Center Party is bigger than the Labor Party, but who knows? The Labor Party’s polls are far too poor. But I have thought about it, and since I left, there have been two new parties on the left in Norwegian politics. Both Rødt and MDG steal voters from the Labor Party, she says.

Brundtland adds that it is important for a possible new red-green government to have a large governing party – not three parties of equal size.

And that governing party should be the Labor Party, she emphasizes.

– I think the Labor Party is in the process of adopting a very good party program, and now it is important to market it as best as possible, she says.

Brundtland also emphasizes that she will take the corona vaccine as soon as it is approved by the Norwegian authorities.

Brundtland is among those in Norway who have the most experience from global health policy, and she was also Director General of the WHO from 1998 to 2003.

When the outgoing US president cited Brundtland as an example that the global health authority was better for, she got enough.

– I have no sense of the criticism of Trump, it is meaningless. It was embarrassing for me to hear Trump say that the WHO was better led when I was director general, she says.

– I was angry, I do not want to be used against the current director general of the WHO or against the WHO, Brundtland continues.

*The article has been translated based on the content of Source link by https://www.dagbladet.no/nyheter/gros-klare-beskjed—smil-mer-jonas/73134655
. If there is any problem regarding the content, copyright, please leave a report below the article. We will try to process as quickly as possible to protect the rights of the author. Thank you very much!

Pocah is confirmed at BBB and records videos before confining

Know Who is the New Participant of BBB 21

Fanatic Santos, Projota will miss the Libertadores final by BBB

Jorge Gabriel mourns the death of his Covid-19 father

“Is something wrong with me?”

‘I spoke to Carla the other day’ 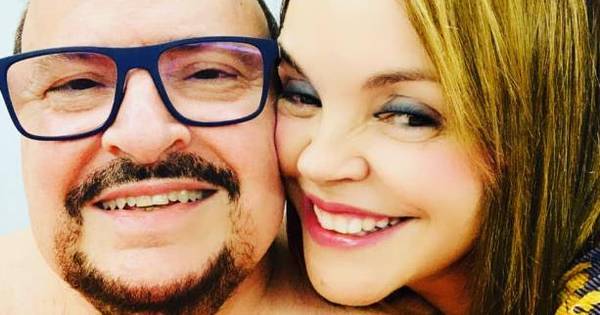 Paulinho’s widow accused of assaulting musician: ‘You’ll have to prove it’ – Entertainment

Xiaomi MIUI 12 starts to reach more smartphones. This is...

Draw keeps Corinthians out of the relegation zone for another round;...

Trump took focus away from terrorism and put it in China,...

All pandemic maximums in Portugal have been hit

comedian dies after complications from covid-19

What distinguishes Covid’s first and second waves? A different virus,...