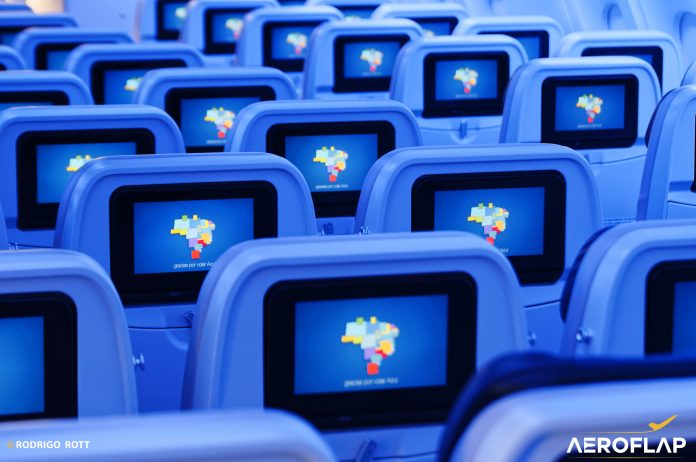 The company announced early on that it was subcontracting 53 Embraer E-Jet E1 aircraft to LOT Airlines and Breeze Aviation a start-up airline based in the US, with the participation of David Neeleman.

The transfer of these aircraft will accelerate the renewal of Azul’s fleet, which is exchanging its E190-E1 for the new generation, the E195-E2.

Azul estimated that the replacement of the entire E195 fleet should generate R $ 4.8 billion in incremental Ebitda between 2020 and 2027, since the subleasing allows to cover the extra costs of “buying a new airplane”.

Azul also released an updated fleet plan, where it confirms the order for 75 E195-E2 aircraft. Previously, the company should receive 51 aircraft of this model.

Azul conducted an extensive financial analysis on the benefits of replacing the E195s with new generation aircraft that are more efficient in terms of fuel consumption.

Embraer E2 aircraft have a 14% lower cost per trip, and a 26% lower unit cost compared to E195s, in addition to having 18 additional seats.

This significant cost reduction is mainly driven by E2’s fuel consumption efficiency, lower acquisition cost and reduced maintenance costs, as detailed in the table above.

As a result of the lower cost per seat at E2, the Company expects to operate these aircraft with a utilization rate of approximately 13 hours per day, further increasing the profitability of this equipment.

Considering that the remaining term of the lease agreement for Azul’s current E195 fleet is 4.7 years, the Company believes that accelerating the transformation of its fleet will generate an incremental operating cash flow of approximately R $ 2.9 billion between 2020 and 2027.

Specifically, the company expects the better performance of the E2s, combined with the sublease revenue, will more than offset the incremental cost of accelerating the replacement of all E195s by 2022.

Additionally, the replacement of Azul’s entire E195 fleet is expected to generate R $ 4.8 billion in incremental EBITDA between 2020 and 2027, or approximately R $ 16 million per replaced E195 aircraft, on an annualized basis.

Due to the difference between the book value of current E195 leases and the estimated recoverable amount, the Company expects to recognize a non-cash write-off of up to US $ 750 million, which will be reflected in the Company’s fourth quarter result, as detailed below.

Dollar passes R $ 4.36 and renews record since creation of the real

Petrobras profits R $ 40.1 billion in 2019, the highest nominal value in the history of publicly traded companies

Petrobras has a profit of R $ 40.1 billion in 2019, the largest in the history of the state-owned company | economy

Dollar closes at R $ 4.3657 and renews historic maximum with exterior and attentive to Campos Neto By Reuters

Ibovespa rises 1.3% on the outside and expectations for Petrobras’ results; dollar renews historic high

Honda disembarks and is greeted by a crowd of fans