Boeing, Airbus’ main competitor, has carried out several experiments with delta-shaped aircraft over the past decade, without the traditional fuselage we know. But today (11) Airbus presented its new concept.

MAVERIC (Aircraft Model for Validation and Experimentation of Robust Innovative Controls) will be an Airbus demonstrator, to test new technologies.

The prototype developed in scale is 2 meters long and 3.2 m wide. The entire surface of the aircraft is about 2.25m².

MAVERIC features a disruptive aircraft design, with the potential to reduce fuel consumption by up to 20% compared to current single-aisle aircraft. 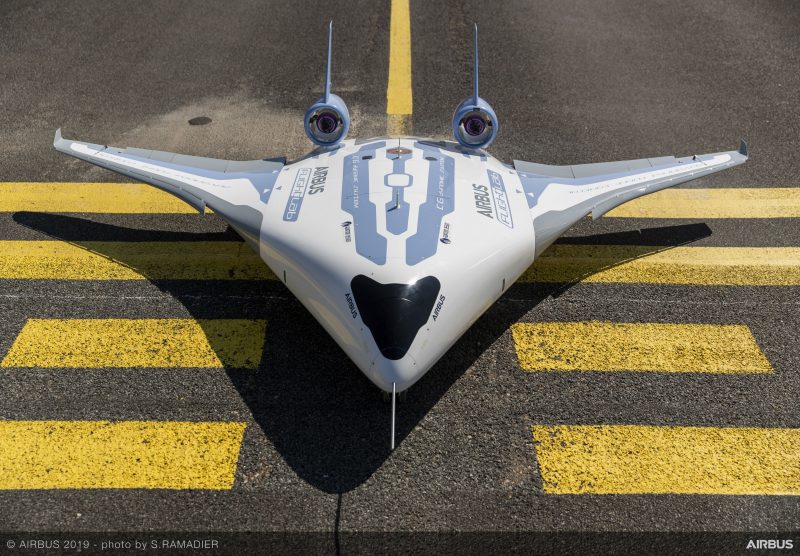 The “combined wing body” configuration also opens up new possibilities for the type and integration of propulsion systems, in addition to a versatile cabin for an entirely new passenger experience on board the plane.

Launched in 2017, MAVERIC took to the skies in June 2019. Since then, the flight test campaign has been ongoing and will continue until the end of the second quarter of 2020. 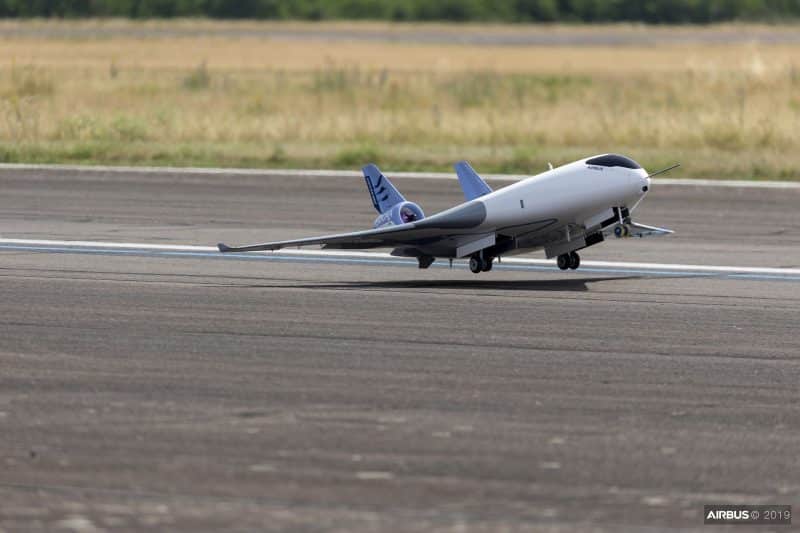 The small concept helps Airbus to understand the aerodynamic behavior of the aircraft, and how to best develop a full-size, fully functional prototype.

“Airbus is taking advantage of emerging technologies to be a pioneer in the future of flights. By testing disruptive aircraft configurations, Airbus can assess its potential as future viable products”Said Jean-Brice Dumont, executive vice president of engineering at Airbus. “Although there is no specific timetable for entry into service, this technological demonstrator can be instrumental in bringing about changes in commercial aircraft architectures, for an environmentally sustainable future for the aviation industry.”

It is important to note that Airbus has posted several photos of what the interior of a “wing aircraft” would look like, where we can see ample space available on board, and even support “columns” inside. As posted earlier, Boeing had discovered the need for these columns during the development of a plane with an oval fuselage, the NMA, due to pressurizing forces.

Disadvantage for those who enjoy the little window, as the editor of this article.

The concept is still undergoing tests, and it may take several years to be applied to a commercial aircraft. In addition to this concept, Airbus also works with other technologies for single-aisle aircraft, in order to make these aircraft even more efficient.

Dollar passes R $ 4.36 and renews record since creation of the real

Petrobras profits R $ 40.1 billion in 2019, the highest nominal value in the history of publicly traded companies

Petrobras has a profit of R $ 40.1 billion in 2019, the largest in the history of the state-owned company | economy

Dollar closes at R $ 4.3657 and renews historic maximum with exterior and attentive to Campos Neto By Reuters

Ibovespa rises 1.3% on the outside and expectations for Petrobras’ results; dollar renews historic high

Portugal draw with Finland and is second in the qualification for...

’31 million ‘blow leaves Sporting in fourth place in the league...

Rust appears 33 kg thinner after diet and fascinates with appearance;...

With five reinforcements and title holders, Flamengo releases a list of...