The month of January is coming to an end, but before that it is time to check the latest technology in Brazil and in the world, through another edition of the TC on duty.

Here, you will see everything about the prices of the Galaxy S21 Plus in the country, the Exynos with GPU from AMD, the company’s supply problems with consoles and PCs, the new Motorola phone and Huawei’s free fall in the smartphone market. Check it out below:

Exynos AMD vs A14

Let’s start by talking about Samsung, but not yet about the S21 Plus. The long-awaited Exynos chip with AMD GPU passed the first benchmark and showed a little of what we can expect. And the result already proves that expectations are the most positive. The component managed to surpass the results of rival A14 Bionic on GFXBench.

In three tests, the component even registered almost twice as many frames per second as the competitor. Despite being the first published benchmark, it already sets the tone for what will be the partnership between Samsung and AMD. We also have to consider that this benchmark directly measures the graphic power, which indicates an even more positive scenario for the next Korean top of the line. 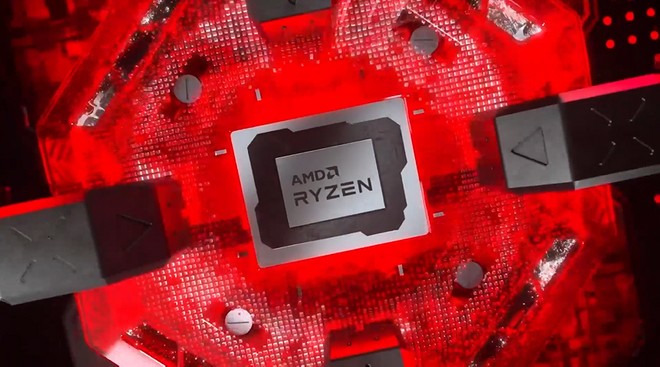 As AMD prepares to make its entry into the cellphone market triumphantly, it seems that console operations have faced some difficulties. This is because the company confirmed the scarcity of components to meet the high demand in the market. Sales have been growing, but the supply chain will still remain limited during the first half of the year. In other words, you can forget that prediction of normality even in the first quarter.

But it is not just video games that will be affected. PCs powered by brand components will also suffer from this impact. The increase in production of Ryzen 5000 processors and Radeon RX 6000 graphics cards is not expected to start until July. The gamer audience is certainly lamenting at the moment and will need to have more patience to see the new consoles with greater presence on the market.

You must remember when we commented on previous editions of the TC on duty that the Motorola Edge S was close to being presented. Well, the brand new smartphone has finally been made official and confirmed many leaks seen in recent weeks.

It arrives as a cell phone that offers high performance without having to charge expensive for it. The secret is in the Snapdragon 870 platform, focused on managing the device’s performance and still offering the integrated 5G modem. The device arrives with RAM memory that can reach up to 8 GB and storage of up to 256 GB, with expansion by microSD card.

For photos, the new Edge S delivers three rear cameras and a ToF sensor for portrait mode, as well as two front cameras for selfies. The design is the same on both sides: each lens in a separate block. The 5,000 mAh battery promises autonomy for a whole day away from the plug. One of the most anticipated features is the multi-screen sharing mode, which promises to be an alternative to the DeX Mode offered by Samsung.

Prices vary between R $ 1,600 and R $ 2,300 abroad, already converted to the Brazilian currency. But the debut on national soil still has no prediction and is expected to come with another name, Moto G100, which would be adopted for the global market. Was Motorola creating a new category of “cheap” tops on the market? 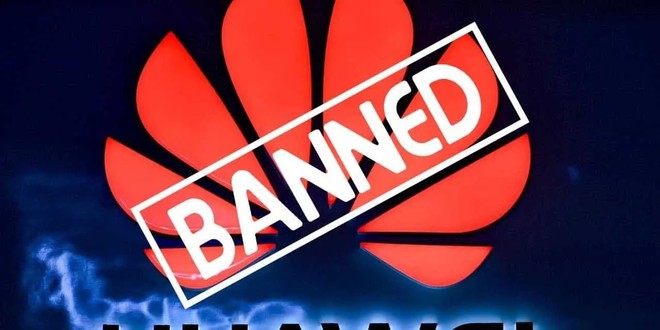 It also appears that 2020 was not an easy year for Huawei. Amid sanctions imposed by the United States, the Chinese melted in the smartphone market with a drop of more than 42% last year. The company’s free fall has lost two positions in the participation ranking and is now in fifth place, after being overtaken by Xiaomi and Oppo.

But that scenario could be reversed soon. Now with the US country under Joe Biden, the country’s association of semiconductor companies has forwarded a letter to the White House and expects a revocation of its predecessor’s measures against Huawei.

Meanwhile, who has begun to suffer the impacts of the Trump administration’s sanctions is Xiaomi’s CEO Lei Jun. The executive has even lost more than $ 3 billion of his personal fortune in a single afternoon, because of the record drop of 10% in the company’s shares. Xiaomi was the most recent Chinese to receive limitations from the United States and has defended itself with an open letter in which it emphasizes the dedication to obey the laws imposed by the country.

S21 Plus no Brasil

We finally got to the main topic of the week. The TudoCelular announced first hand the price of the Galaxy S21 Plus for Brazil. Samsung let out the values ​​on its offers and promotions page. There are two variants. The first has 128 GB of internal space only in black and will cost R $ 7,000. The second delivery, 256 GB, will arrive for R $ 7,400, with two additional colors: violet and white.

Another confirmation is the support for the 5G network, which was present in the device name. When clicking on the item, the site redirected to the pre-registration page for the new family of top of the line, without additional details. Hours after the publication of TudoCelular, Samsung removed the device from the list.

And speaking of the most sophisticated cell phone of the new Korean family, the Galaxy S21 Ultra is the first cell phone in the world to have the new generation of Korean OLED screen. The highlights are due to improvements in HDR and more brightness, in addition to improved visibility in outdoor areas. Another attraction for the new family of top-of-the-line Samsung, which is scheduled to debut in the country next February 9, and which is already undergoing tests on our benches, so soon we can tell if the screen is really better than the previous ones, besides evaluating the other characteristics.

We are already near the end of this video, but first we want to know about you. What did you think of the Galaxy S21 Plus prices in Brazil? What are your expectations for the new Exynos with AMD GPU? Have you already gotten a new generation console or do you want to wait to normalize availability in the market? What is your assessment of the new Motorola Edge S and Huawei’s fall in the cell phone market? You can interact with us in the space below.

The "tankers" stoppage in Minas Gerais is suspended. The information was confirmed in fim from this friday night (26) by...
Read more
Breaking News

Paola was appointed to the position on October 16 and received...
Read more
Breaking News

“I’m not your wife anymore”

In the novel A...
Read more
Breaking News

From this Friday, the 26th and until the 14th of March, the 'curfew' will be in effect in the State of São Paulo (or...
Read more
Breaking News

Sergipe has more than 150 thousand cases of Covid-19 and adds up to 2,947 deaths from the disease | Sergipe

Since the beginning of the pandemic, the state has registered 150,042 confirmed cases and 2,947 deaths caused by the new coronavirus....
Read more
Breaking News

Sergipe has more than 150 thousand cases of Covid-19 and adds up to 2,947 deaths from the disease | Sergipe

Since the beginning of the pandemic, the state has registered 150,042 confirmed cases and 2,947 deaths caused by the new coronavirus....
Read more
Breaking News

A lot, right? But there was much more! Want to know what happened? So come, get more...
Read more
Breaking News

A lot, right? But there was much more! Want to know what happened? So come, get more...
Read more
Breaking News

Dorthe Skappel: – Kept the operation hidden from her husband

For 25 years, we have seen host Dorthe Skappel (58) offer herself as the highly profiled face of "Good evening Norway" on Saturday nights.Norway's...
Read more

Boeing 777 has engine problems and lands in emergency in Russia

car is hit by plane in California

US attack on Syria with Republican support and criticism from Democrats

ABOUT US
Time24 News is your news, entertainment, music fashion website. We provide you with the latest breaking news and videos straight from the entertainment industry.
Contact us: [email protected]
FOLLOW US
© time24.news
We use cookies on our website to give you the most relevant experience by remembering your preferences and repeat visits. By clicking “Accept”, you consent to the use of ALL the cookies.
Do not sell my personal information.
Cookie settingsACCEPT
Manage consent

This website uses cookies to improve your experience while you navigate through the website. Out of these, the cookies that are categorized as necessary are stored on your browser as they are essential for the working of basic functionalities of the website. We also use third-party cookies that help us analyze and understand how you use this website. These cookies will be stored in your browser only with your consent. You also have the option to opt-out of these cookies. But opting out of some of these cookies may affect your browsing experience.
Necessary Always Enabled

Performance cookies are used to understand and analyze the key performance indexes of the website which helps in delivering a better user experience for the visitors.

Analytical cookies are used to understand how visitors interact with the website. These cookies help provide information on metrics the number of visitors, bounce rate, traffic source, etc.

Advertisement cookies are used to provide visitors with relevant ads and marketing campaigns. These cookies track visitors across websites and collect information to provide customized ads.

Other uncategorized cookies are those that are being analyzed and have not been classified into a category as yet.